Malware, viruses, and Trojans are uncommon in Linux, although they are not unheard of. So, if you just require an antivirus once in a while, ClamAV is a great option.

ClamAV is a free antivirus program that may be used for email scanning, online scanning, and endpoint security. It includes a multi-threaded daemon that is versatile and scalable, a command-line scanner, and a sophisticated tool for automated database updates, among other features.

Yes, ClamAV is simply a command-line program, however, there is a graphical interface called ClamAV that can be used to control ClamAV. ClamAV is also cross-platform, supporting a variety of desktop operating systems, including Windows and macOS. It has the ability to scan a variety of files for vulnerabilities. RAR, Zip, Gzip, Tar, Cabinet, OLE2, CHM, SIS format, BinHex, and practically any email system are all supported.

ClamAV isn’t a virus scanner that scans your computer in real-time. That is, when you open a file, it will not scan it. It does, however, have a number of other important qualities, like:-

Installation of ClamAV and ClamTk

ClamAV can be available in the Ubuntu apt repository and is fairly easy to install. ClamAV may be installed using the following command: sudo apt-get install clamav If you’re looking for clamd, you should also try: 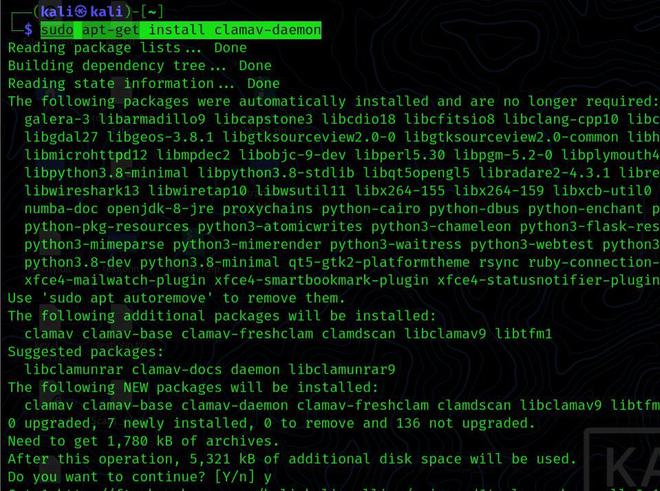 ClamAV is now installed on your computer. To see if it’s been installed, use the command below.

ClamAV has been successfully installed if the above command returns the version. ClamTk is a ClamAV frontend. You may use Terminal to install it: 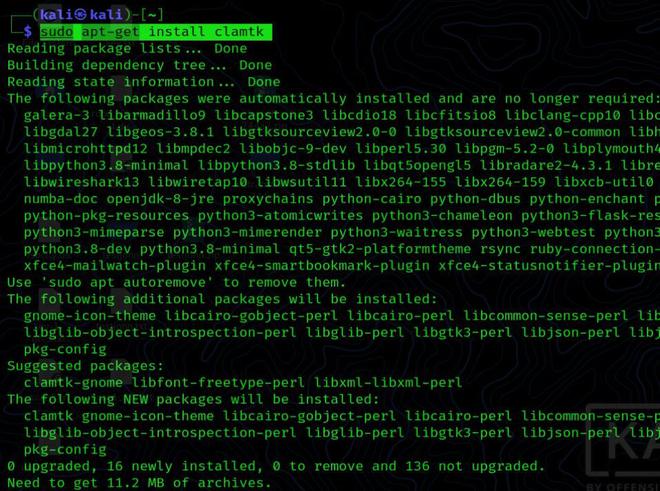 Usage of ClamAV and ClamTk

The first step is to terminate the ClamAV-freshclam service using the following command in a terminal window.

The signature database must now be manually updated in the Second Step. There are two options for accomplishing this. The first method entails using the terminal to enter the following command.

The signature database will be installed on your PC using this command. Run the following command to create a directory called “clamav” at a specified location if it does not already exist.

The final step is to run the following command to start the clamav-freshclam service.

We used certain parameters in the command above. The meanings of these choices are as follows:

With this command, you have more alternatives. To view, all the choices, use the following command in the terminal window. 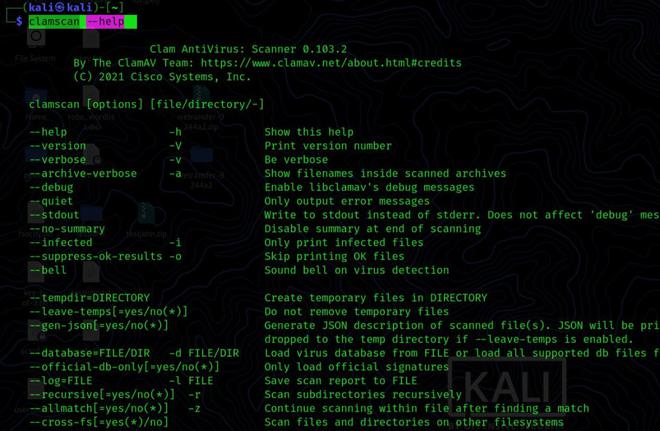 ClamAV is mostly a command-line program. However,ClamTK, a third-party program, provides a very basic GUI that allows beginners who are not comfortable with the command-line interface to use it. When you first run ClamTk, you’ll see a simple interface with four primary components. 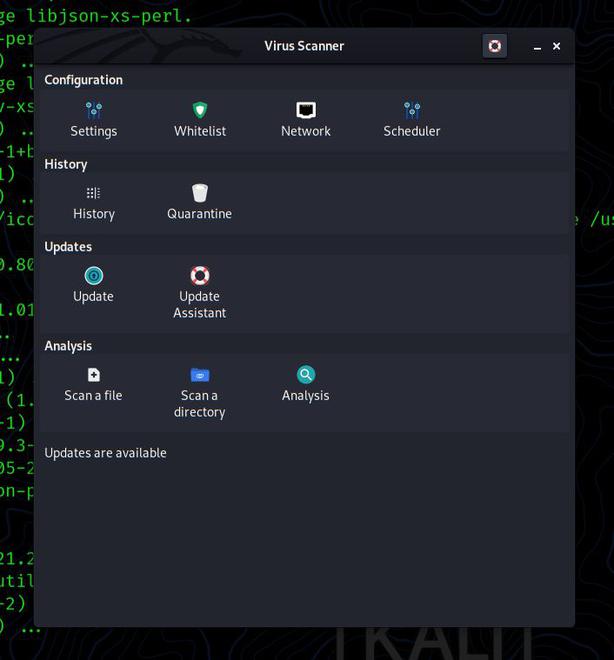 The first element is the setup area, which allows users to set up and adjust ClamAV and its behavior. For example, You can scan a folder but not its subfolders. You may whitelist files or folders to exclude them from scans, as well as scan huge files, hidden files, and password checkers. 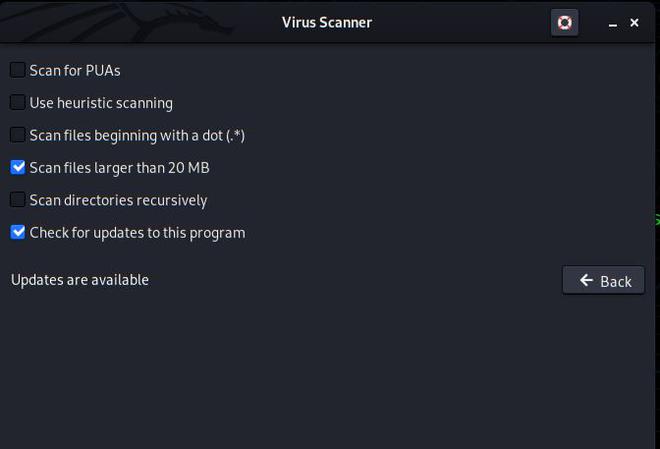 Select the required directory by selecting “Scan a directory” from the analysis group. ClamTK will scan the directory and present the results in the image below. 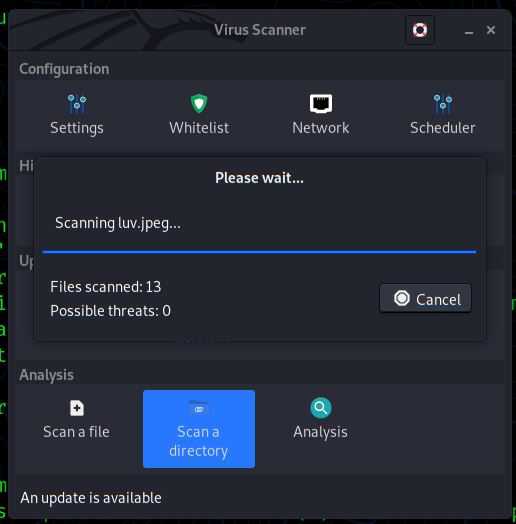 There are no differences in performance between ClamAV and ClamTK when you used them both. So you may use any of them, but ClamTK is the best option since it has a graphical user interface that makes it easier to use, particularly for novices.

How effective is using ClamAV? 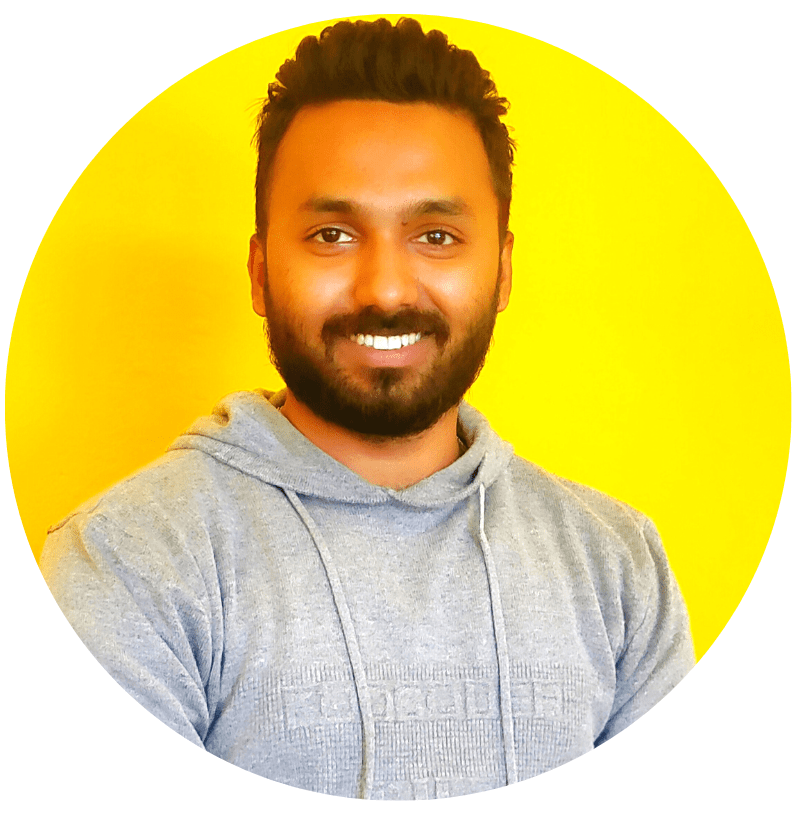