Routing protocols are a set of rules which are used to define an optimal route between sources and destination systems in a network. Basically routing works on the network layer of the OSI reference model.

Each Possible path will be assigned as a ‘metric’ value by the routing protocol which indicates how preferred the path is. Always the lowest metric value is preferred. Distance vector routers advertise to each other the networks they know about and their metrics to get to each of them.

Example: Router receives multiple routes over to the 10.10.10.0/24 network from both the OSPF and RIP.

You can display the Administrative Distance in the router by typing the show IP route command in CLI: 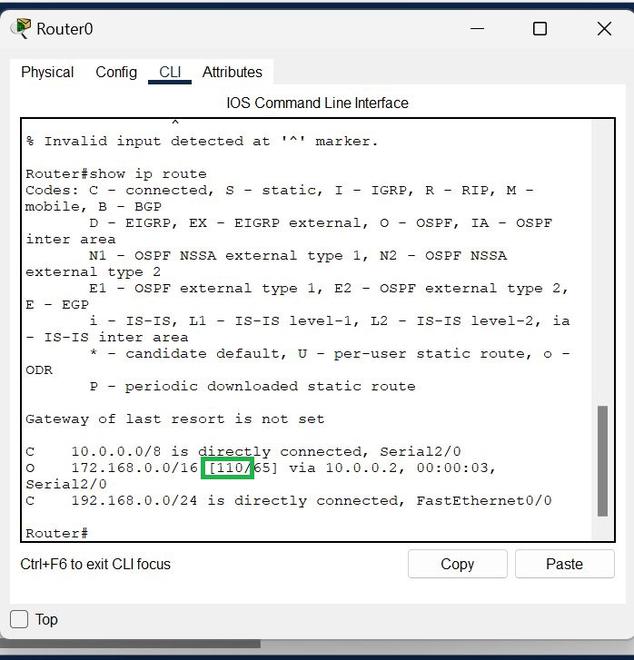