Circular Flow of Income and Methods of Calculating National Income

Macroeconomics tries to study the central questions of economies. Amongst these questions, the main question is how economies create wealth. In an economy, all factors of production (FoP) undergo a production flow/cycle, in the process of which, it generates wealth in the form of making payments to the factor of production, known as factor payments. Thus, the economic wealth of nations is created by generating this flow and producing commodities (goods and services), which are then consumed by consumers who spend their income on these goods and services.

The circular flow of income is an economic model that reflects how money or income flows through the different sectors of the economy. A simple economy assumes that there exist only two sectors, i.e., Households and Firms. Households are consumers of goods and services and the owners of the factors of production (land labour, capital, and enterprise). However, the firm sector produces goods and services and sells them to households.

The circular flow of income in a two-sector economy is the form of a closed economy. The complexity of the model increases as the number of players like government, external trade, and savings are added. It is assumed there’s no leakage in this model, i.e. there is no other way in which the income can be disposed of.

The five assumptions of the circular flow of income in a simple economy (two-sector economy) are as follows: 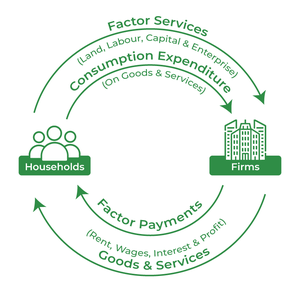 National income is the total value of goods and services produced during a financial year in an economy. In other words, it is the total amount of money or income accruing to a country from different economic activities during a financial year. National Income is the most comprehensive measure of an economy’s performance and can be calculated by three different methods: Value-added or Product Method, Income Method and Expenditure Method.

National income (NY) can be computed using any of the three below stated methods: 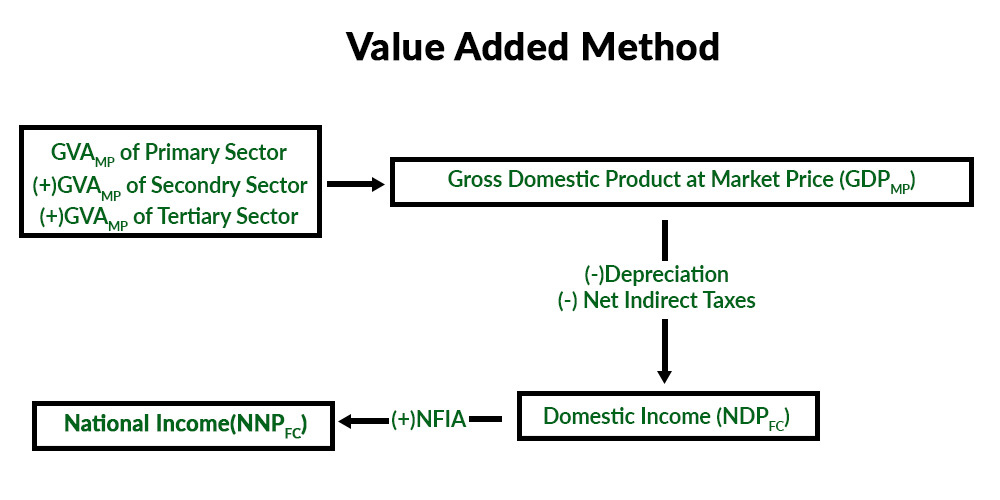 Every enterprise of industry adds some value to a final product, and for its production, it purchases some intermediate goods from other firms. To calculate the National Income of an economy, the value added by each of these individual firms to the final product is summed up. Other names of Value Added Method are Product Method, Inventory Method, Commodity Service Method, Industrial Origin Method and Net Output Method. To calculate the National Income of an economy, first of all, the Gross Value Added is calculated. The formula for calculating Gross Value Added(GVAMP ) is

The formula for calculating National Income through Value Added Method is 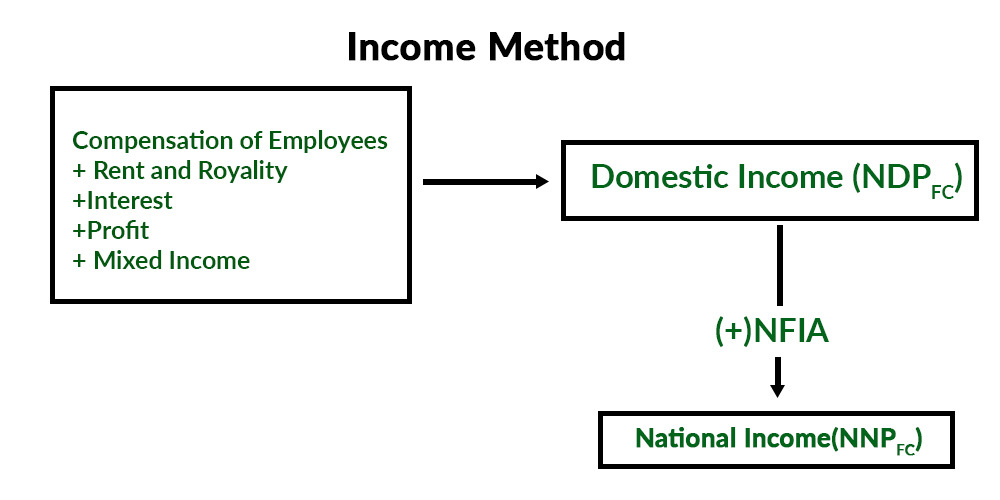 The Income Method calculates the National Income of an economy based on the idea that whatever the firm earns in exchange for goods and services is used to make the factor payments. In other words, to calculate the national income of an economy through the Income Method, the incomes received by residents of a country for the productive services provided by them during a year are added together. The incomes for the productive services or factors of production are received by the residents in the form of profits, wages, interest, rent, etc. Other names for Income Method are Distributive Share Method and Factor Payment Method. The formula for calculating National Income by Income Method is 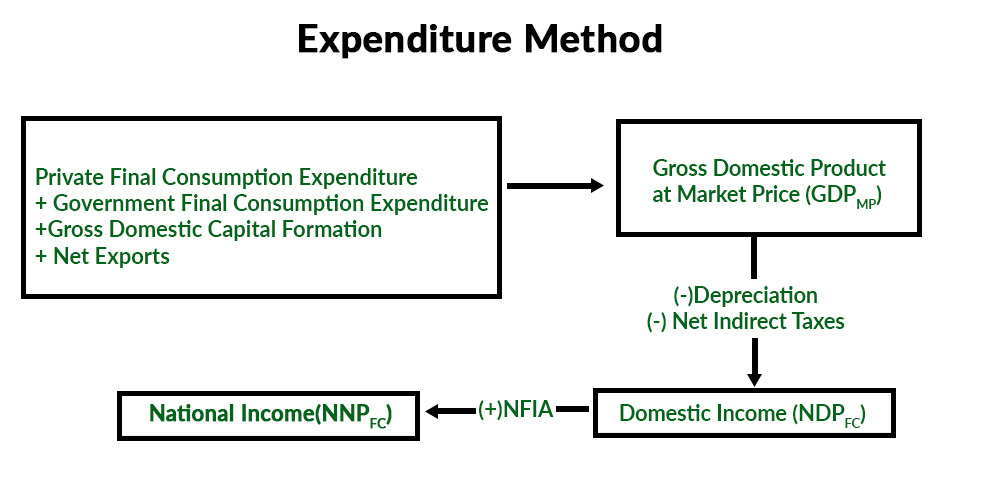 The formula for calculating National Income through Expenditure Method is