Chemical reactions occur when an electric current flows through a conducting material. This chemical action of electric current is termed the Chemical Effect of Electric Current. For example, Hydrogen and oxygen separate from water when an electrical current is applied to it. Over the negative pole, hydrogen is deposited, and over the positive pole, oxygen is. Bubbles are evidence of hydrogen and oxygen deposition at various poles. Some liquids are good conductors and some are poor conductors of electricity. But, most of the liquids that conduct electricity are the solutions of acids, bases, and salts. Let’s understand the concepts of the Chemical Effects of Electric Current in this article!

When an electric current is passed through a solution of a metal salt, such as a solution of copper sulfate, copper metal deposits at the negative electrode since the metal is positively charged. This is a great example of a chemical reaction. As a result, this method makes it simple to extract metal from its salt.

It is advised not to touch any electrical item with moist hands. It is dangerous to use moist hands to operate an electrical appliance as it causes harm to us. Some good and bad conductors of electricity: 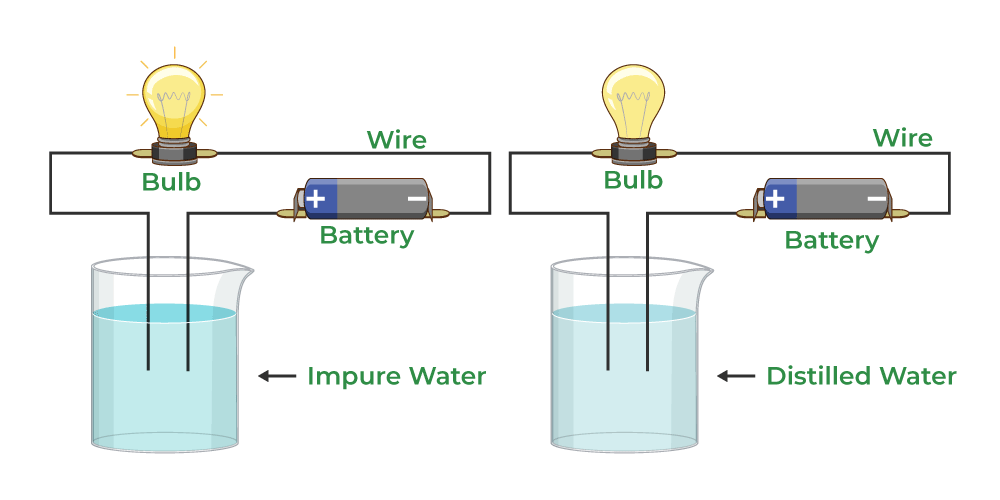 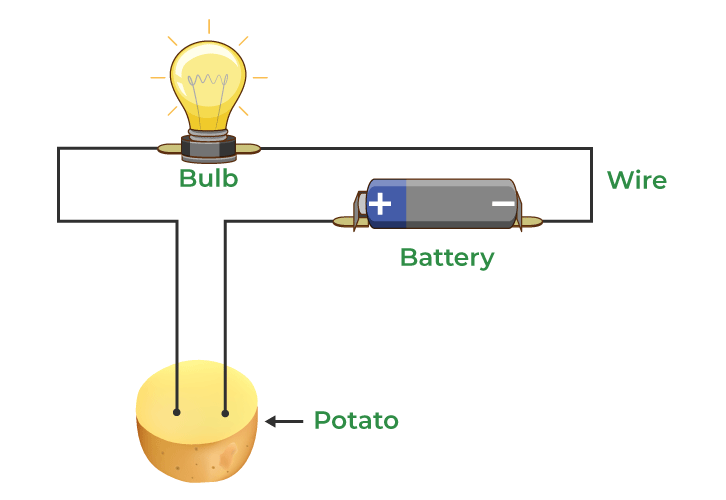 Despite the fact that a material can carry electricity, It may not be able to carry electricity like a metal. The tester’s circuit may be complete, the fact that the current flowing through it may be too weak to light the bulb. In that case, the effect of an electric current is considered to create a different type of tester. Regardless of whether the current is small, it is possible to observe a magnetic needle deflection. A tester is made by using the magnetic effect of current.

Electroplating: Women are frequently seen wearing jewelry that looks to be made of gold. The gold covering, however, fades off with time, revealing silver or another metal beneath. Metal has a covering of another metal in this case.

Electroplating is the process of depositing a layer of any desired metal on another material using electricity. It’s one of the most frequent uses of electric current’s chemical effects. 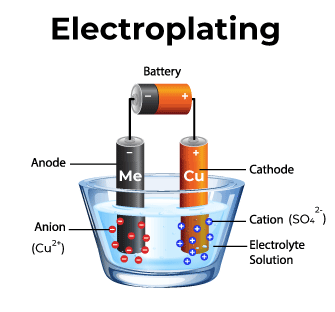 Let us understand the process of Electroplating with an example:

The procedure of electroplating is really beneficial. In industry, it’s commonly used to coat metal things with a thin layer of a different metal. The layer of metal deposited has some desired property, which the metal of the object doesn’t have. For example, chromium plating is done on many objects such as automobile parts, bath taps, kitchen gas burners, bicycle handlebars, wheel rims as well as numerous others. It has a shiny appearance, does not corrode, and resists scratches.

Question 1: When the free ends of a tester are dipped into a solution, the magnetic needle shows deflection. Can you explain the reason?

Question 2: When the free ends of a tester are dipped into a solution, the magnetic needle shows deflection. Can you explain the reason? 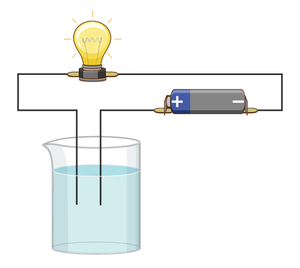 Due to the following reasons, the bulb may not glow:

Question 3: Does pure water conduct electricity? If not, what can we do to make it conduct?

Question 4: What are conductors and insulators?

Question 5: What is electroplating?

Electroplating is the process of depositing a layer of any desired metal on another material using electricity. It’s one of the most frequent uses of electric current’s chemical effects.

Rate of a Chemical Reaction