Chain of Pointers in C with Examples

The level of the pointer depends on how many asterisks the pointer variable is preceded with at the time of declaration.
Declaration:

Level of pointers or say chain can go up to N level depending upon the memory size. If you want to create a pointer of level-5, you need to precede the pointer variable name by 5 asterisks(*) at the time of declaration.
Initialization: 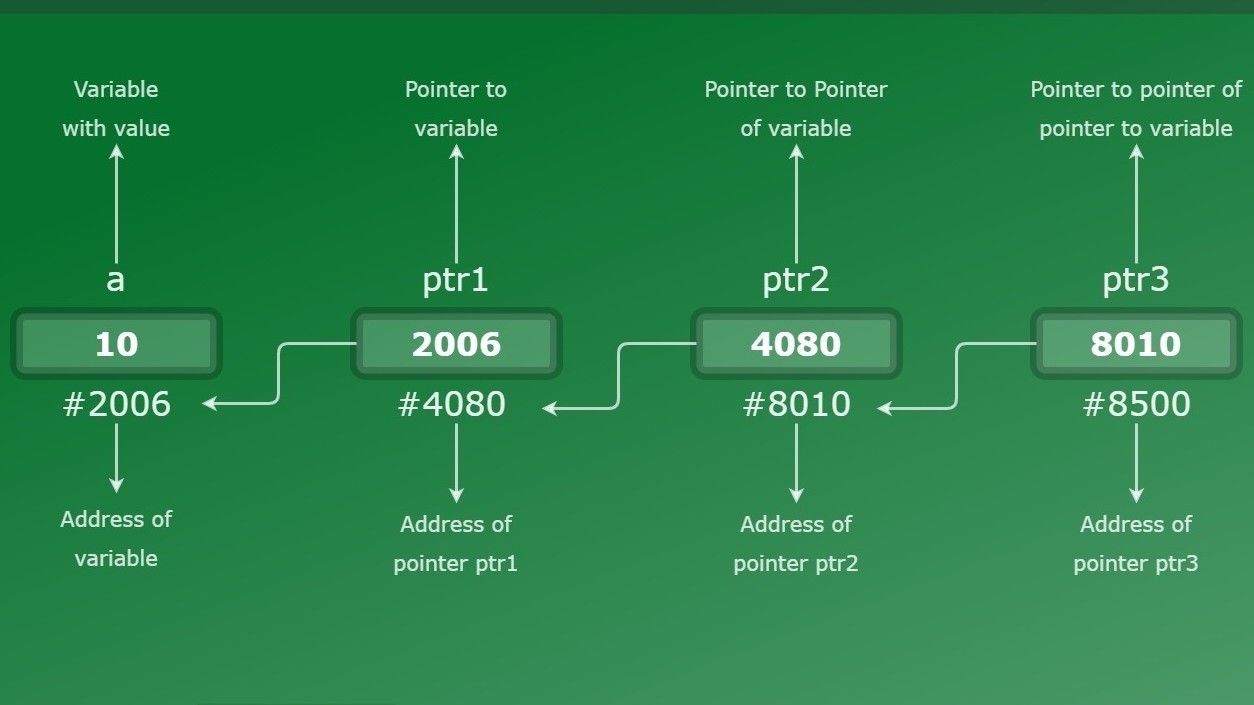 Previous
Pointer Expressions in C with Examples
Next
getch() function in C with Examples
Related Articles
1. Difference between constant pointer, pointers to constant, and constant pointers to constants
2. Difference between Iterators and Pointers in C/C++ with Examples
3. Chain processes vs Fan of processes using fork() function in C
4. Why Does C Treat Array Parameters as Pointers?
5. What are Wild Pointers? How can we avoid?
6. Smart Pointers in C++ and How to Use Them
7. C Pointers
8. Pointers vs References in C++
9. What are near, far and huge pointers?
10. The length of a string using pointers
Article Contributed By :