GeeksforGeeks come forward to reduce the pressure on a student for collecting all the important formulas used in their Class 8 curriculum in a single place. GeeksforGeeks’s Class 8 Maths Formulas are developed in such a way that it covers all the important formulas and properties used in each and every chapter, all in brief. This helps a student to revise and learn easily and quickly. For a Class 8 student, the increase in difficulty level from one’s prior classes might be tough to grasp. In addition, with a discipline like Mathematics, you must remain aware at all times. The subject is quite important in both your schooling and your personal life. To get a high level of knowledge, you must first master your Maths Formulas for Class 8 before moving on to applying them to your questions.

Chapter 2: Linear Equations in One Variable

A quadrilateral is a closed object with four sides, four vertices, and four angles that is a sort of polygon. It is made up of four non-collinear points that are joined together. The sum of a quadrilateral’s internal angles is always 360 degrees. Lets us now understand the following important notes about the formulae discussed in this chapter: 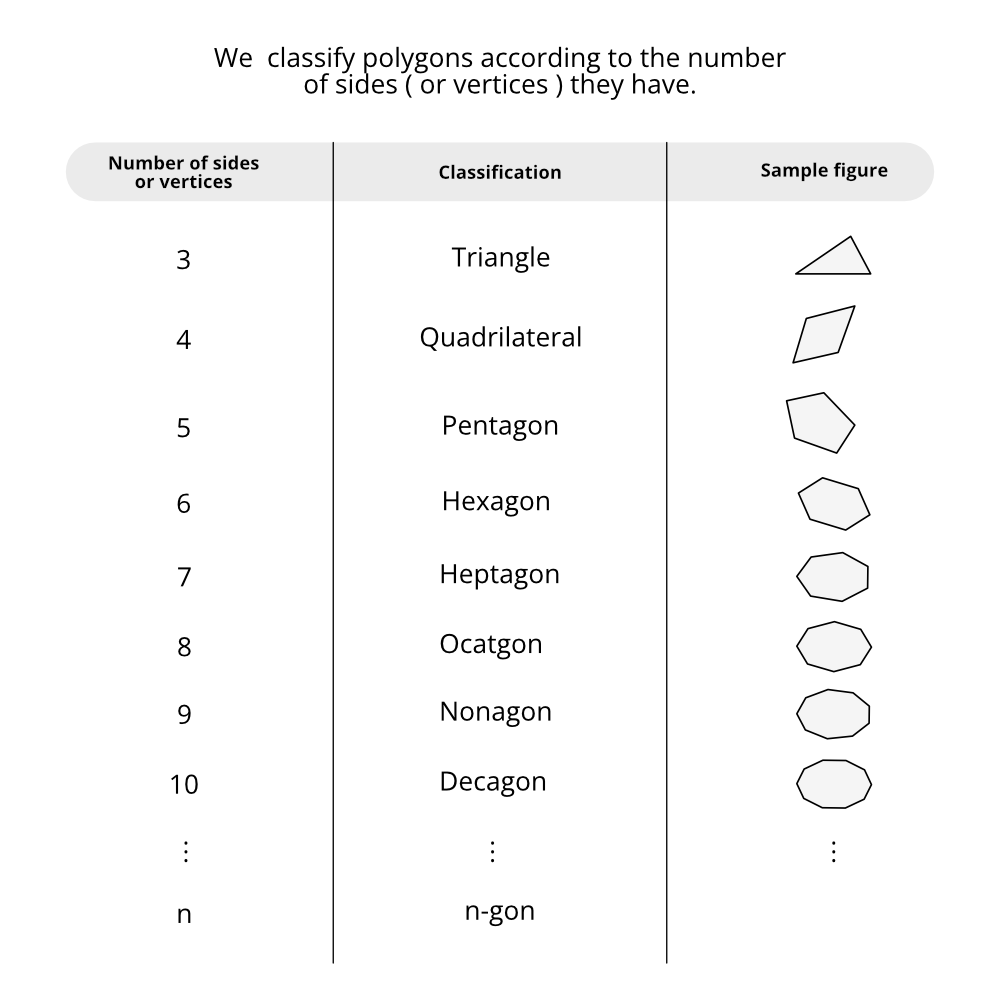 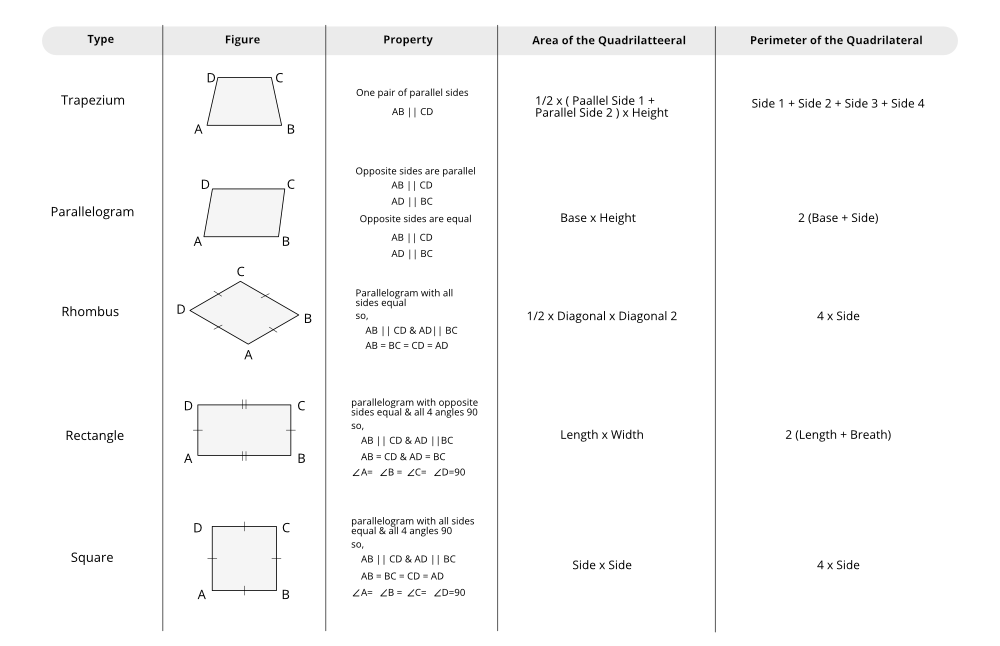 This chapter is all about constructing quadrilateral. A quadrilateral is a geometrical figure that is a four-sided, four-angled polygon with two diagonals. For example square, rectangle, rhombus, etc.

To construct a quadrilateral uniquely, five measurements are required.

Data handling refers to the process of collecting, organizing, and presenting any raw information in a way that is helpful to others like in graphs or charts, etc. Any problem that we need to study needs the collection of data, which must then be shown in such a manner that it provides a clear visual representation of the problem’s specifics while also examining the alternative solutions. Following are the list of the formulae and the important terms discussed in this chapter:

If q is a natural number such that p2= q then,

Some of the important properties of Squares and Square roots are listed below:

Consider any number m, which can be expressed as the product of any number three times as m = n × n × n = n3. n3 is so known as the cube of n and m is now known as cube root of n:

Method of finding a Cube Root: There are two different ways to determine the cube root of a number, that are:

Class 8 Comparing Quantities formulas provided here have been thoroughly prepared by experts to assist students to understand all of the concepts and formulas used in Chapter 8. The below-mentioned formulas on some important topics like various Taxes such as sales Tax, Value Added Tax, Goods and Services Tax, Profit and Loss, Percent Change & Discounts are intended to assist students in completing timely modifications and achieving higher exam scores.

The following formulas will help students understand the basics of simple arithmetic involving money as,

These formulae will help students in learning fast and provide easy access to information when needed.

Solid geometry is vital in everyday life because it helps us comprehend the many forms we encounter and their properties. A comprehensive understanding of solid object visualization can help students master more sophisticated geometry principles and solve real-world situations. As a result, it’s critical to understand the numerous formulae related to various solids, which will aid in everyday computations.

The formulae for Mensuration Class 8 Chapter 11 are listed here. Here you will find mensuration resources based on the CBSE syllabus (2021-2022) and the most recent exam pattern. Work through the formulae and examples to have a better understanding of the idea of mensuration. Mensuration is the process of calculating the area and perimeter of various geometrical forms such as triangles, trapeziums, rectangles, and so on.

An exponent represents the value which refers to the number of times a number is multiplied by itself. For example, 5 × 5 × 5 can be written as 53. Even very small numbers can be expressed in the form of negative exponents. Here is a list of some of the laws related to exponents:

Factorization is one of the most common ways for reducing an Algebraic or Quadratic Equation to its simplest form. As a result, one needs to be familiar with Factorization Formulas in order to decompose a complex equation. Below mentioned is the list of various formulas and properties that are useful to solve the problems of Polynomials, Trigonometry, Algebra, and Quadratic Equations.

The use of graphical tools to show data is particularly effective in organizing and comprehending the information. The following are some examples of graphical methods:

A number is said to be in general form if it can be stated as the sum of the products of its digits and their associated place values. Numbers can be written in a variety of ways. As a result, ab = 10a +b will be expressed as a two-digit number. In solving puzzles or playing number games, the general form of numbers is useful. When numbers are stated in general form, the reasons for divisibility by 10, 5, 2, 9, or 3 can be provided.