Following steps are performed to create a cause-effect graph:

3. Create nodes for all the causes and effects: 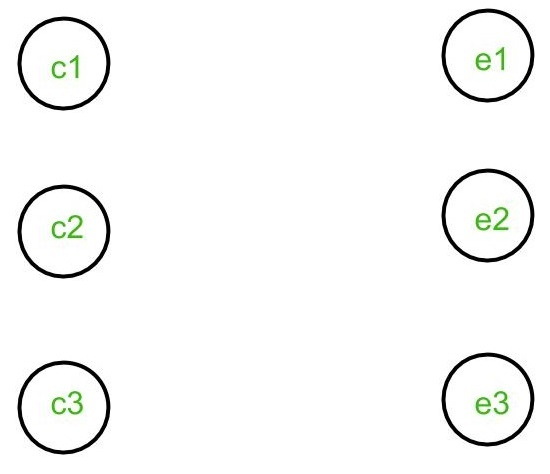 4. Use AND, NOT, OR and Identity functions to establish links between causes and effects: 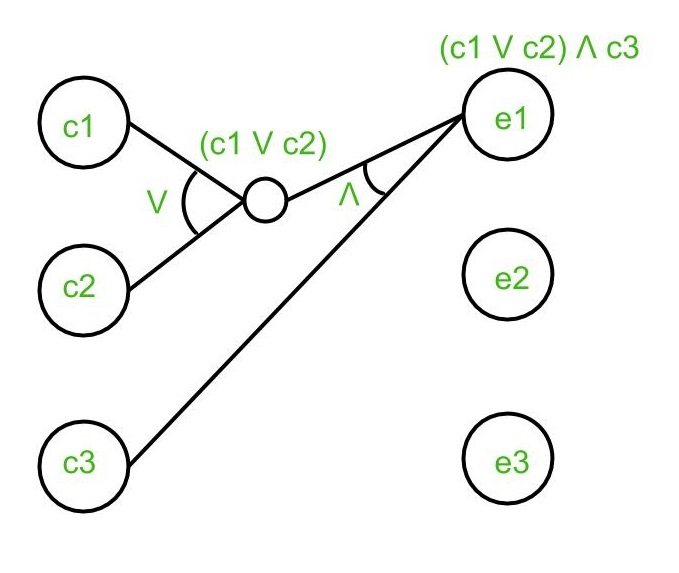 2. e2 is obtained from c1 and c2 in the following manner: 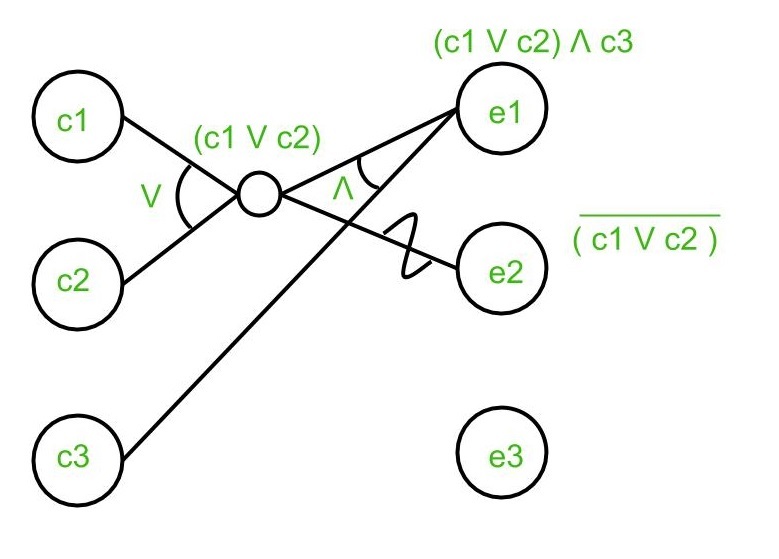 3. e3 is obtained from c3 in the following manner: 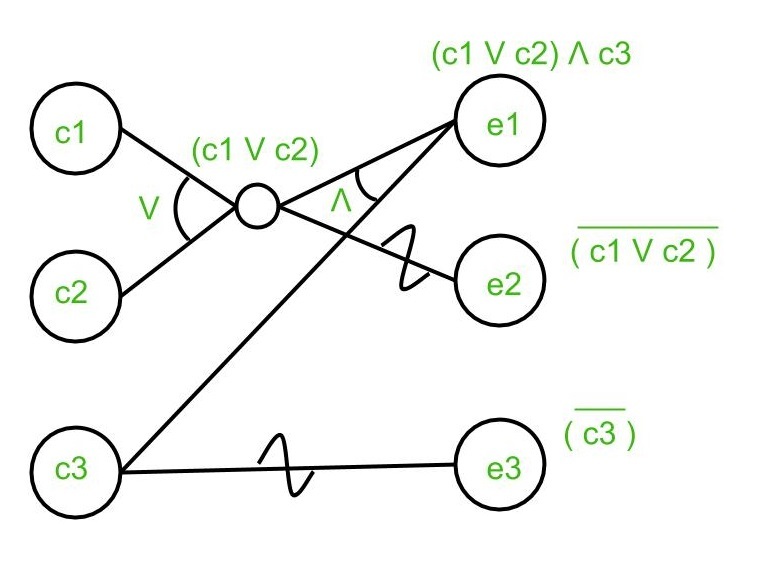 5. Add constraints to the graph, if any: 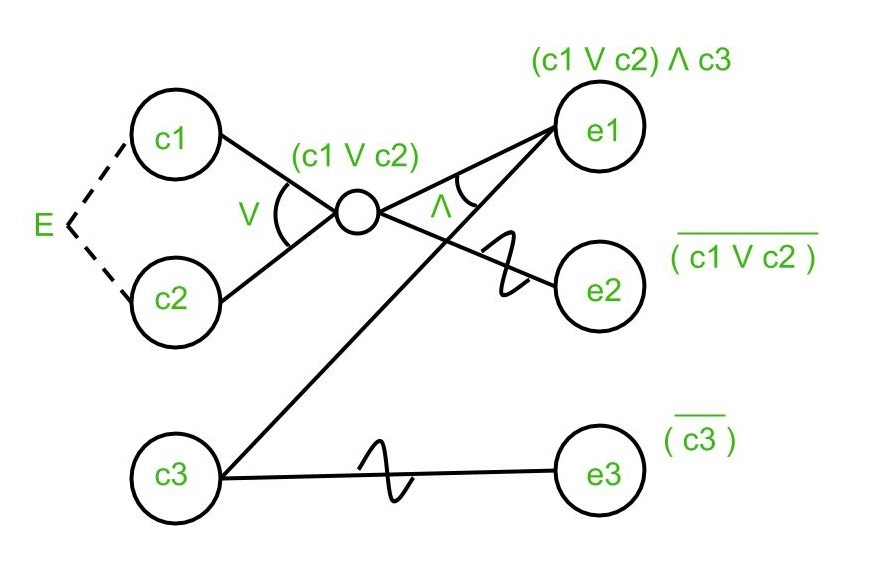 Exclusive constraint (or E-constraint) exists between c1 and c2 causes because at one point of time, only one of them can be 1 i.e., they cannot be 1 simultaneously. Hence, E-constraint is applied between them. The graph shown above is the final cause-effect graph obtained for the given problem.