Generally, there are 3 types of schedule based on recoverbility given as follows: 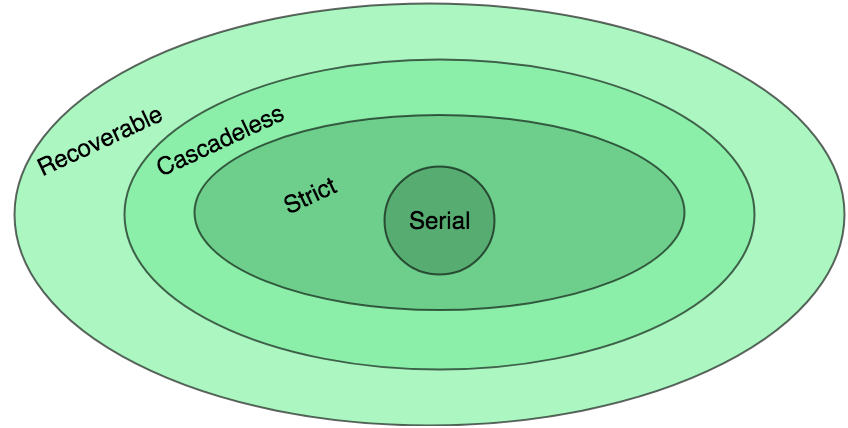 Reading the data written by an uncommitted transaction is called as dirty read.

For example, let’s say transaction 1 updates a row and leaves it uncommitted, meanwhile, Transaction 2 reads the updated row. If transaction 1 rolls back the change, transaction 2 will have read data that is considered never to have existed. 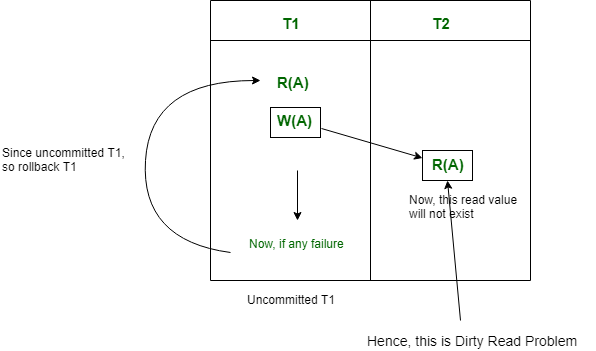 Note that there is no Dirty Read problem, is a transaction is reading from another committed transaction. So, no rollback required. 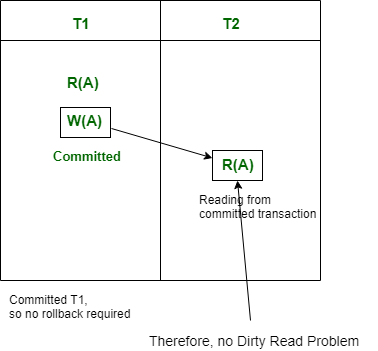 Because of T1 rollback, all T2, T3, and T4 should also be rollback (Cascading dirty read problem).

This phenomenon, in which a single transaction failure leads to a series of transaction rollbacks is called Cascading rollback.

In Cascadeless Schedule, if a transaction is going to perform read operation on a value, it has to wait until the transaction who is performing write on that value commits. That means there must not be Dirty Read. Because Dirty Read Problem can cause Cascading Rollback, which is inefficient. 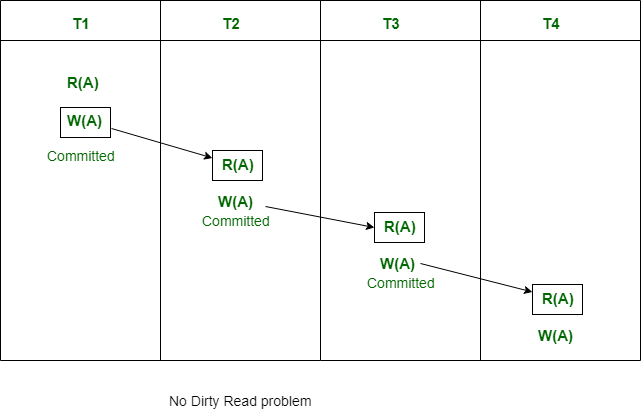