RMI (Remote Method Invocation) is an API used to access objects running on another JVM(Server-side). It is mainly used for the creation of distributed systems and is provided in Java Rome. Stub and Skeleton are the two objects used for handling communication between client and server. The following figure shows an overview of RMI. 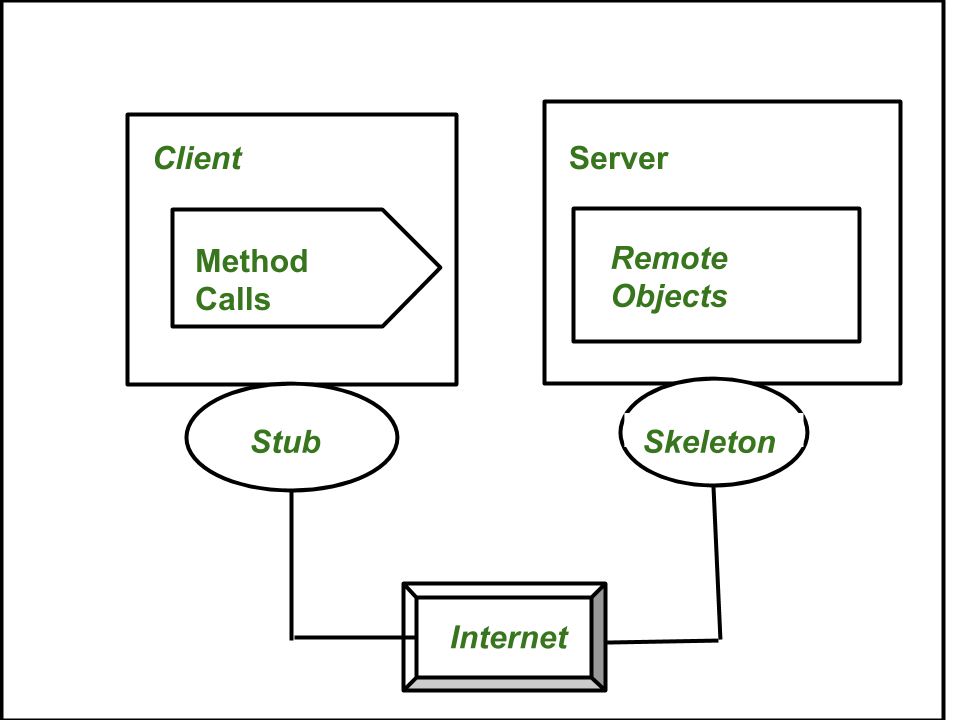 Step 2: Implementation of the remote interface

Now it is time to provide implementation to all the interfaces. To implement the remote interface, the class should extend to the UnicastRemoteObject class of the java.rmi package. Also, a default constructor needs to be created to throw the java.rmi.RemoteException from its parent constructor in the class.

The next step is to create the server application program and execute it on a separate command prompt. The rebind method of the Naming class is used to bind the remote object to the new name.

The next step is to create the client application program and execute it on a separate command prompt. The lookup method of Naming class is used to get the reference of the Stub object.

Step 5: Compile all the java program

Step 6: Create a stub and skeleton

The rmic tool is used to invoke the rmi compiler that creates the Stub and Skeleton objects. Its prototype is:

Step: 7 Start the registry service by the rmiregistry tool

Now start the rmi registry service by using rmiregistry tool. We need to specify port number. If we don’t specify the port number, it uses a default port number for example we are using port number 5259.

After doing the above steps properly it may look like this: 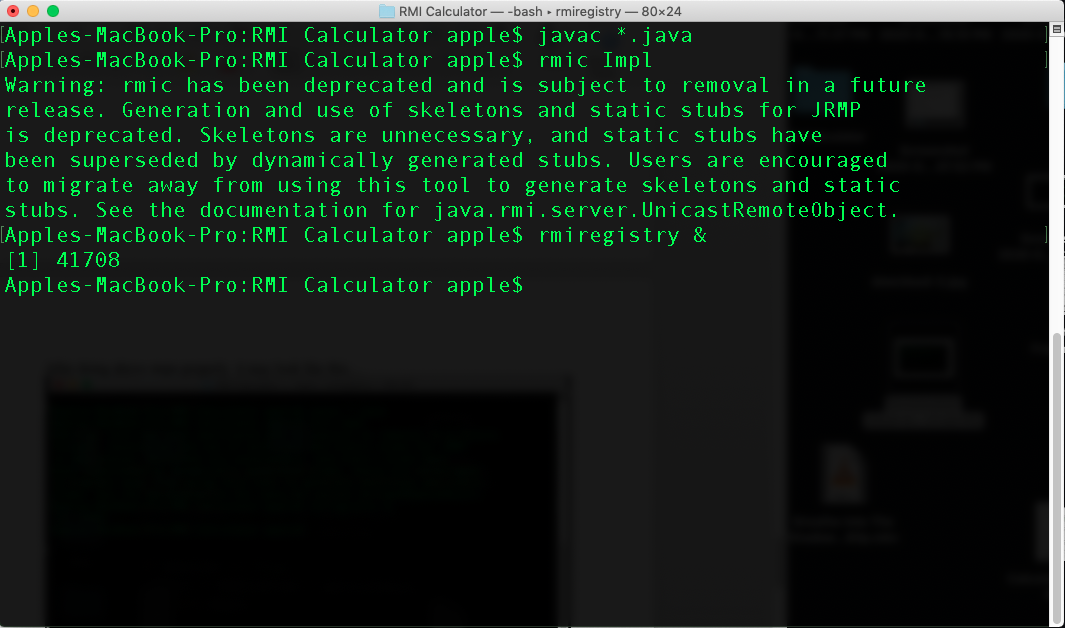