Generally, a class declaration contains only a keyword class, followed by an identifier(name) of the class. But there are some optional attributes that can be used with class declaration according to the application requirement. In general, class declarations can include these components, in order:

It is a basic unit of Object-Oriented Programming and represents real-life entities. A typical C# program creates many objects, which as you know, interact by invoking methods. An object consists of :

When an object of a class is created, the class is said to be instantiated. All the instances share the attributes and the behavior of the class. But the values of those attributes, i.e. the state are unique for each object. A single class may have any number of instances.
Example:

As we declare variables like (type name;). This notifies the compiler that we will use the name to refer to data whose type is type. With a primitive variable, this declaration also reserves the proper amount of memory for the variable. So for reference variable, the type must be strictly a concrete class name.

The new operator instantiates a class by allocating memory for a new object and returning a reference to that memory. The new operator also invokes the class constructor.
Example: 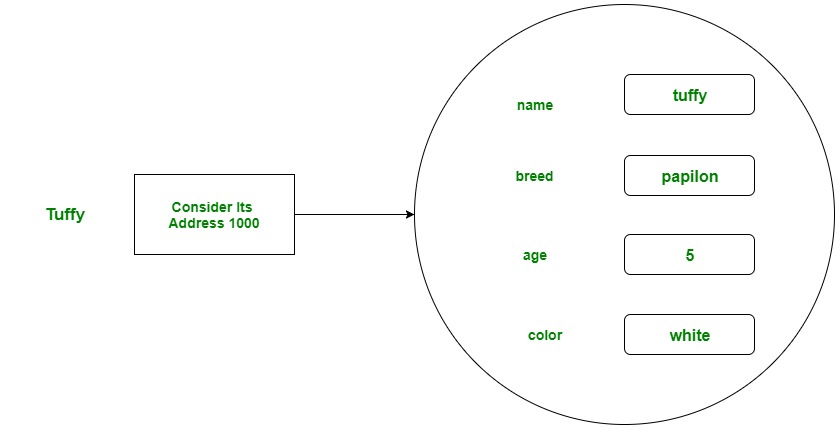