What is Anonymous Types in C#?

Anonymous types in C# are the types which do not have a name or you can say the creation of new types without defining them. It is introduced in C# 3.0. It is a temporary data type which is inferred based on the data that you insert in an object initializer. Or in other words, an anonymous type provides an efficient way to combine a set of read-only into a single object without any explicit type. The type of the anonymous type is automatically generated by the compiler according to the value assigned to its properties. These are best for the “use and throw” types. 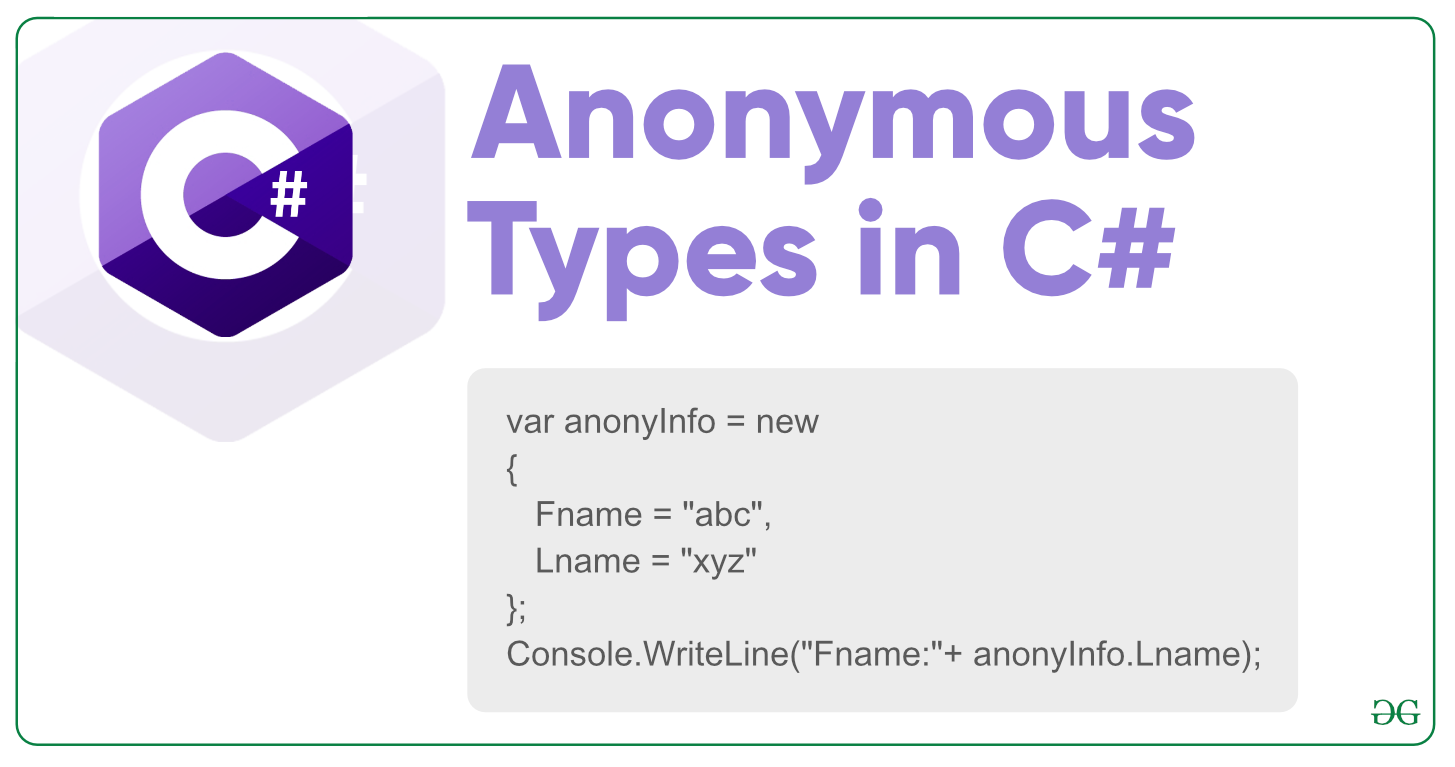 In the above image, we are creating anonymous types by using “new” keyword with the object initializer

Previous
How to create 1-Tuple or Singleton Tuple in C#?
Next
How to create 8-Tuple or Octuple in C#?
Related Articles
1. Anonymous Method in C#
2. C# | Data Types
3. C# | Types of Variables
4. C# | Nullable types
5. Types of Threads in C#
6. Program to define various types of constants in C#
7. Different Types of HTML Helpers in ASP.NET MVC
8. Creating and Using DLL (Class Library) in C#
9. LINQ Operators and Methods for Transforming Data
10. How to Install Nuget Package in C#?
Article Contributed By :