This article belongs to a series of articles about writing, building and debugging an application written in C++, that uses Gtk library to handle the user interface, OpenCV library to capture and process images from the camera, compatible with the main platforms, Mac OS X, Linux and Windows, and ultimately running on Raspberry Pi.

The main article in the series is here:

This article discusses how to configure your Windows to retrieve sources, build and debug such a project. The sources of the project are available here:

Windows doesn’t have standard system locations for libraries as Linux and Mac OS X have. In consequence, to obtain the Gtk and OpenCV libraries, you need to use some non-standard procedure that involves installing a special package manager called pacman and a special Linux-like development environment called MinGW.

The easiest way to obtain pacman and MinGW is through an open source project called MSYS2. Go to MSYS2 homepage and download the M2SYS installer that best corresponds to your system (probably the 64 one, as the i686 is actually 32 bits).

Install it with all default options, in C:\msys64 folder.

After installation you’ll have: 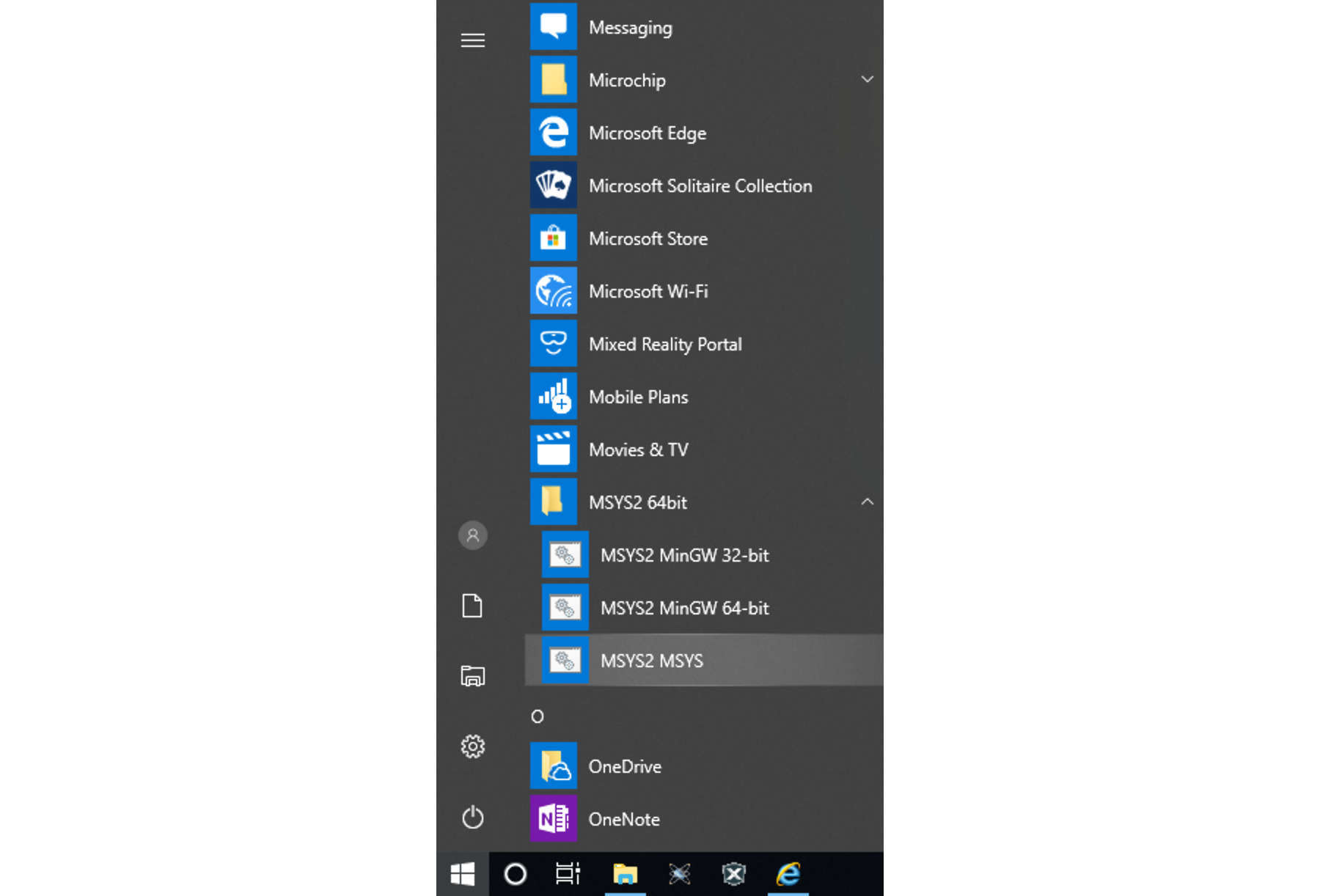 As explained in the download instructions, the first thing to do is to upgrade the package database. Open the MSYS2 MSYS and type the following command:

Should you encounter the message below, close the MSYS2 MSYS window with your mouse, open it again, and run the same command, until it terminates normally.

If you’re looking for a particular package, you can use a command similar to the following. Assuming you look for CMake:

Inspired by Alexey Pavlov’s gist, I advise to install the following packages and tools so you have a development environment very similar to the one present in Linux machines. With it you can compile applications for windows using Linux tools:

After downloading and installing all those packages, you can verify if they’re present testing some. To do this, open the MSYS2 MingGW 64 bit environment, and test some commands:

You can install the Gtk and OpenCV libraries using pacman in MSYS2 MSYS, with the following commands:

To build the project, open the MSYS2 MinGW 64-bit, locate an appropriate folder (the drive units are mapped to the root folder, for example C:\Users\me\Document\Development\ would be /c/Users/me/Development):

If you want to debug with gdb, you can use slightly different cmake command. If you already built the project, do not hesitate in deleting the build folder and creating it again:

After that you’re in gdb. To find your way, look in Linux instructions.

By default, MSYS2 installs libraries and tools in the C:\Msys2\MinGW64\bin folder. Add it to the PATH environment variable, so that all applications can find the tools: 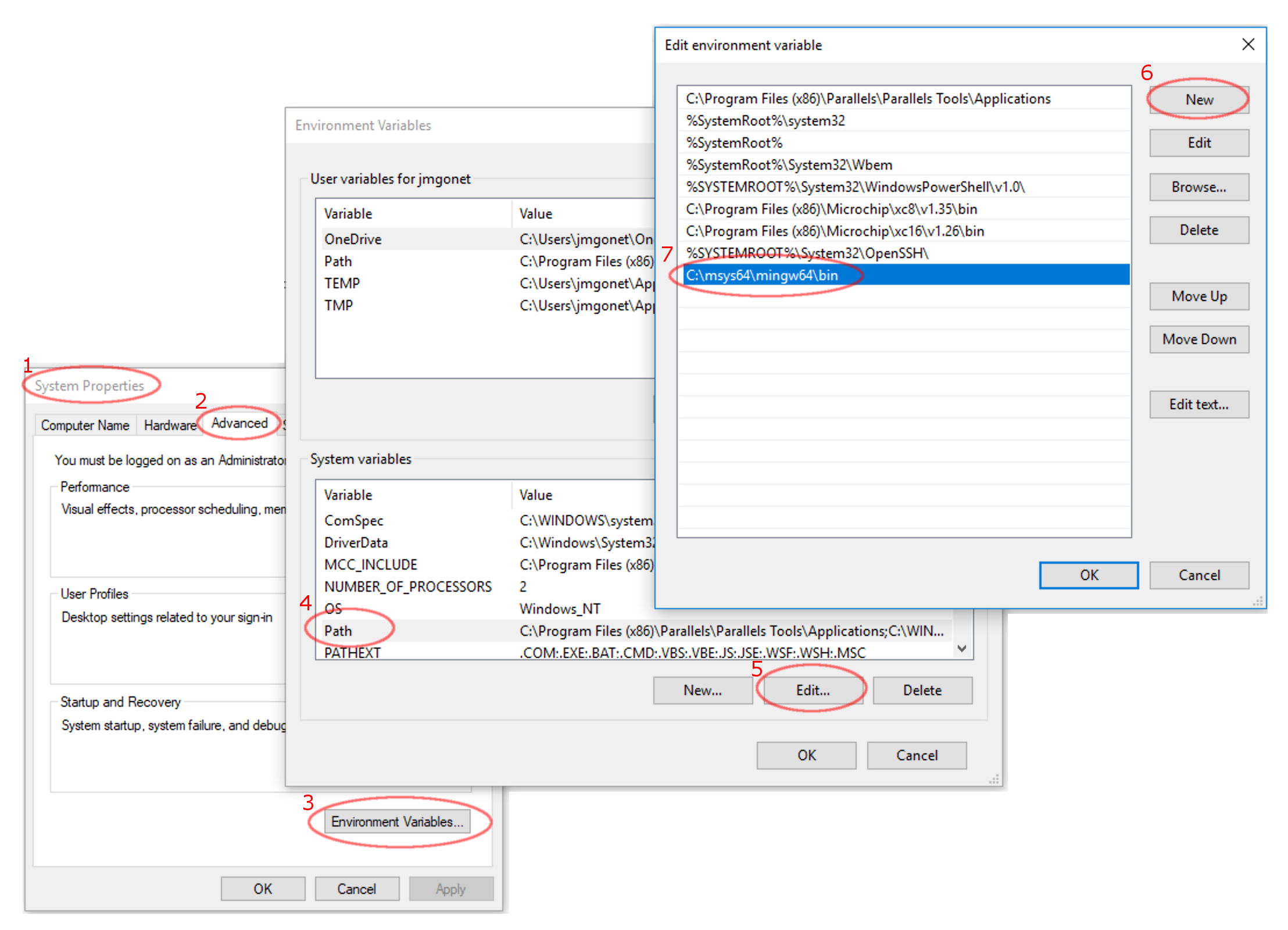 Once you’re done, you can open the Windows command line, and verify if the same tools are available from it:

This step is not strictly necessary if you’re going to use Code::Blocks, but it doesn’t hurt either.

The default IDE in Windows is Visual Studio. However, Visual Studio expects a special format for debugging symbols that is not the one produced by gcc and g++ in MinGW. In a cross platform project, if you don’t want to make your life miserable following hyper complex installation procedures, is better to leave it out.

I chose Code::Blocks because:

The installation procedure is completely straight forward, at least in Windows 10

If there are no error messages, you’re done. Otherwise, look at the troubleshooting.

The easiest path is to use CMake to prepare a Code::Blocks project for you. Assuming that you already cloned the project in a known location, and your MSYS2 MinGW 64-bits terminal is already there, this is the sequence of commands:

Occasionally you may found the following error message when downloading, updating or upgrading with pacman:

It is a transitory problem related with authoring websites being unavailable, and you can solve it by just waiting (see a discussion about signature problems from “Alexey Pavlov (Alexpux)”). Alternatively, you can deactivate the signature checking by editing /etc/pacman.conf (use Vim from MinGW64) and changing the following entry:

At launching, Code::Blocks may complain that it doesn’t find the compiler toolchain. If you have installed it with MSYS2 as described above, it is just a matter of configuration: 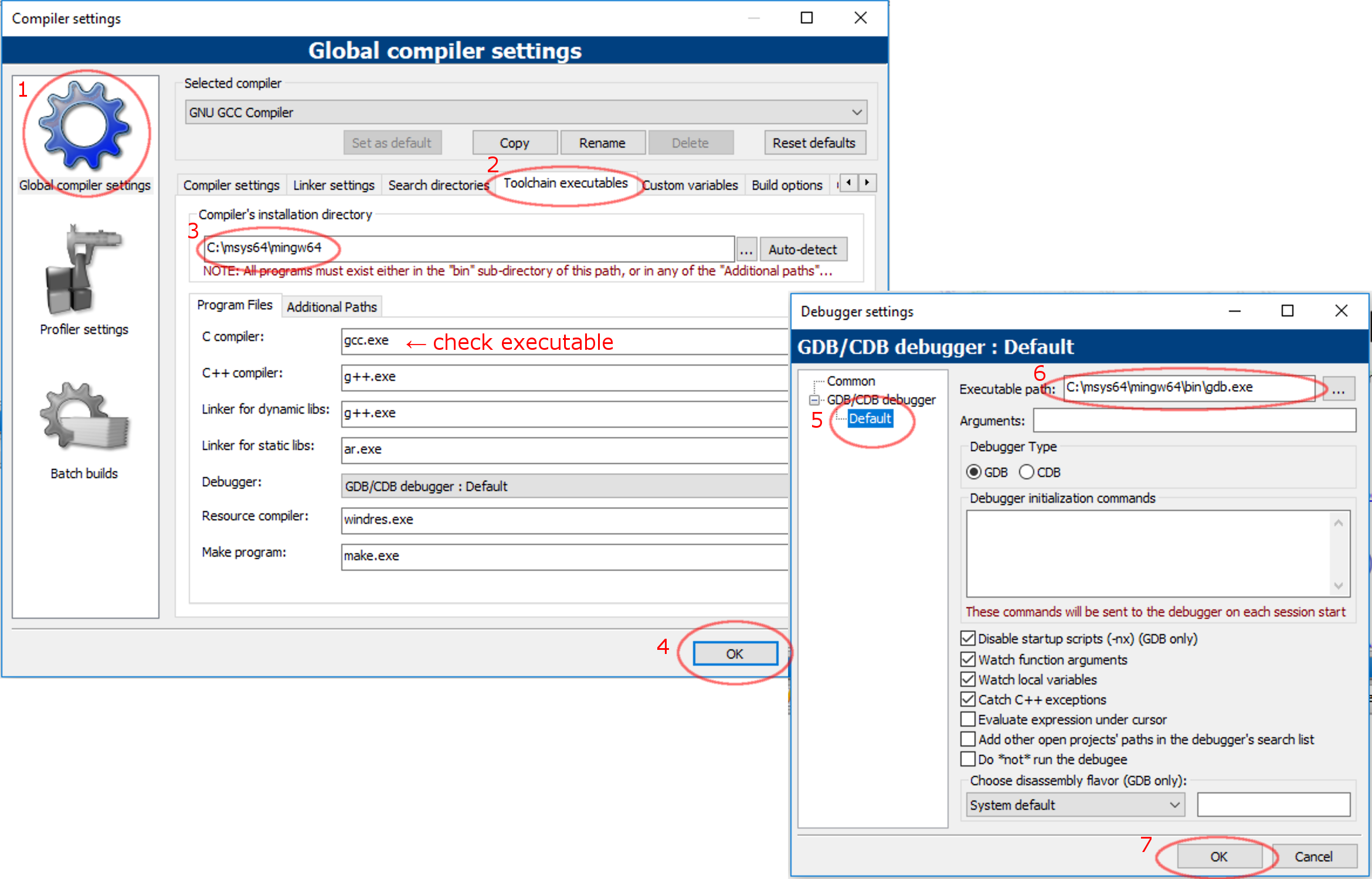 When closing the application, or when saving all data, Code::Blocks may complain that it cannot save configuration, and display an error message. To solve this: