After an operating system is generated, it must be available for the use by the hardware. But how the hardware know where the kernel is, or how to load that kernel? The procedure of starting a computer by loading the kernel is known as Booting the system. Hence it needs a special program, stored in ROM to do this job known as the Bootstrap loader. Example: BIOS (boot input output system). A modern PC BIOS (Basic Input/Output System) supports booting from various devices.Typically, the BIOS will allow the user to configure a boot order. If the boot order is set to:

Booting is a startup sequence that starts the operating system of a computer when it is turned on. A boot sequence is the initial set of operations that the computer performs when it is switched on. Every computer has a boot sequence. Bootstrap loader locates the kernel, loads it into main memory and starts its execution.In some systems, a simple bootstrap loader fetches a more complex boot program from disk, which in turn loads the kernel. 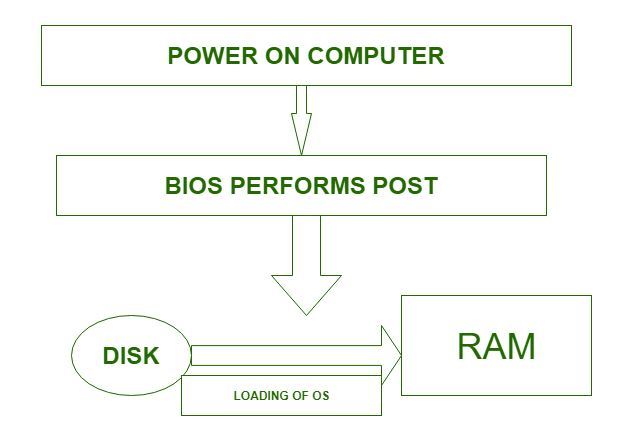