Blockchain Gaming. It’s a world of it’s own. It’s ‘Ready Player One’ incorporated into gaming.

Before reading this article, it is recommended to read: Introduction to Blockchain to get well versed with the concept of blockchain.

But… If he was to play the same game powered by blockchain, he will never lose access and value for your assets,

Want to quit the game? Sell the assets.
Want a different card but don’t want to spend extra money? Trade it
Playing as a Free-to-play player? Blockchain has one covered in this aspect also! Games like MyCryptoHeroes gives away various heroes for free which can then be sold on third party marketplaces.

And, the most important thing in true ownership, people feel very sad when their favorite game is shutdown due to low playerbase. Blockchain solves this as even if a game shuts down, one retains the assets in his wallet and a third party dev can come in and use those assets to create a game. In this way, one’s assets are kind of immortal (Unless he burns them, which is a different story altogether, read in the bonus section).

So, this wraps up the first article on how blockchain is used in gaming and how it is revolutionizing the sector, keep an eye out for next part/s.

Bonus:
Burning assets:
There is no real way to delete the assets once on the blockchain, but people have found an ingenious way, just send whatever one wants to ‘burn’ to another inaccessible address.
It has become a standard to send it to the address:

It is mutually believed that no one has the private key (password for wallets) to this random address, hence it is thought lost (burned).

P.S:
One can try finding the private key for this wallet, it has millions and millions worth of ether and assets. Pretty simple- 1 in 2^160 per attempt. Near enough to zero that you could convert the entire solar system to a computer and try until the end of the universe and never succeed! 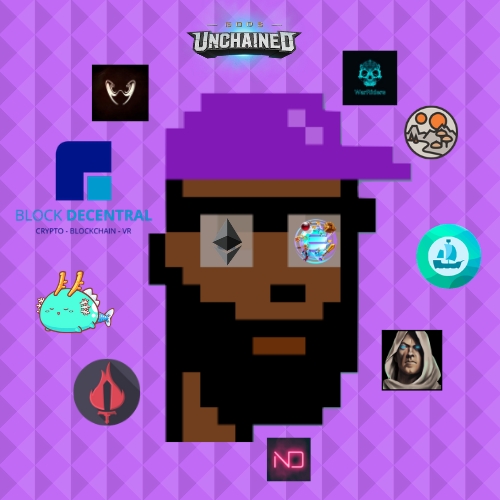