bind command in Linux with Examples

bind command is Bash shell builtin command. It is used to set Readline key bindings and variables. The keybindings are the keyboard actions that are bound to a function. So it can be used to change how the bash will react to keys or combinations of keys, being pressed on the keyboard.

Note:To check the help page of bind command, use the following command: 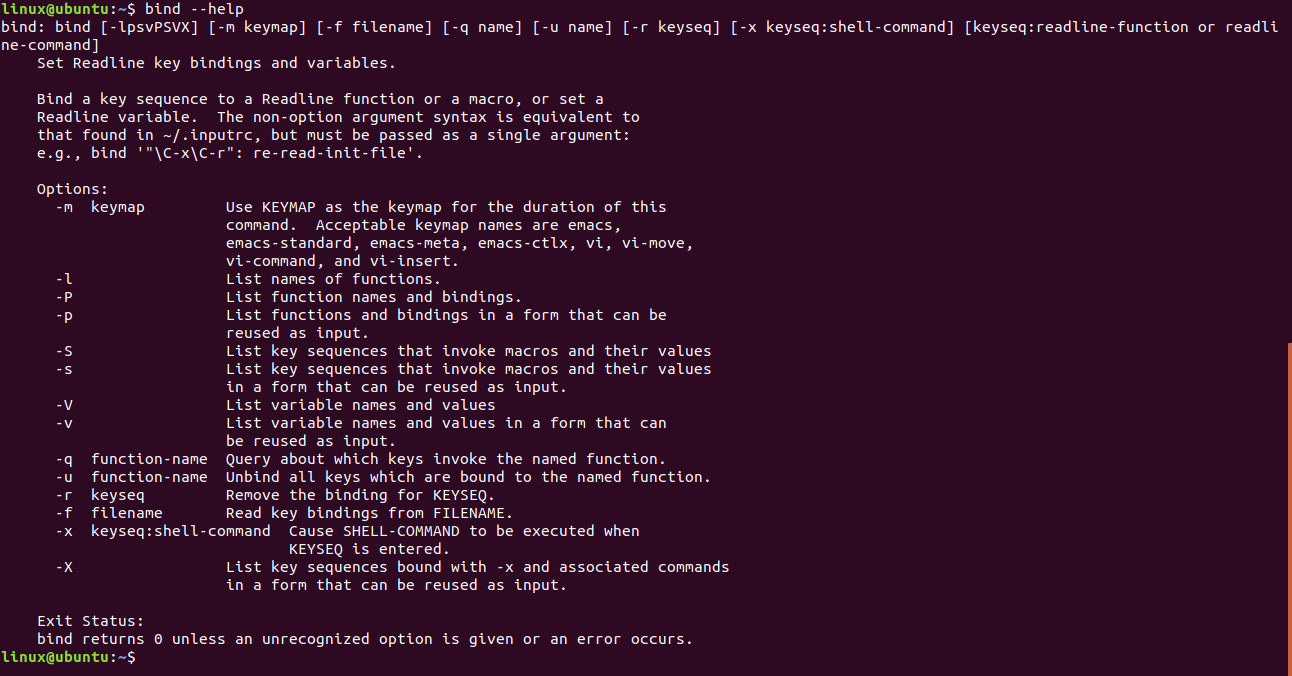