In this article, we will learn ‘What are bias and variance for a machine learning model and what should be their optimal state.

There are various ways to evaluate a machine-learning model. We can use MSE (Mean Squared Error) for Regression; Precision, Recall and ROC (Receiver of Characteristics) for a Classification Problem along with Absolute Error. In a similar way, Bias and Variance help us in parameter tuning and deciding better-fitted models among several built.

Bias is one type of error that occurs due to wrong assumptions about data such as assuming data is linear when in reality, data follows a complex function. On the other hand, variance gets introduced with high sensitivity to variations in training data. This also is one type of error since we want to make our model robust against noise.

Before coming to the mathematical definitions, we need to know about random variables and functions. Let’s say, f(x) is the function which our given data follows. We will build few models which can be denoted as

. Each point on this function is a random variable having the number of values equal to the number of models. To correctly approximate the true function f(x), we take expected value of

Let’s see some visuals of what importance both of these terms hold. 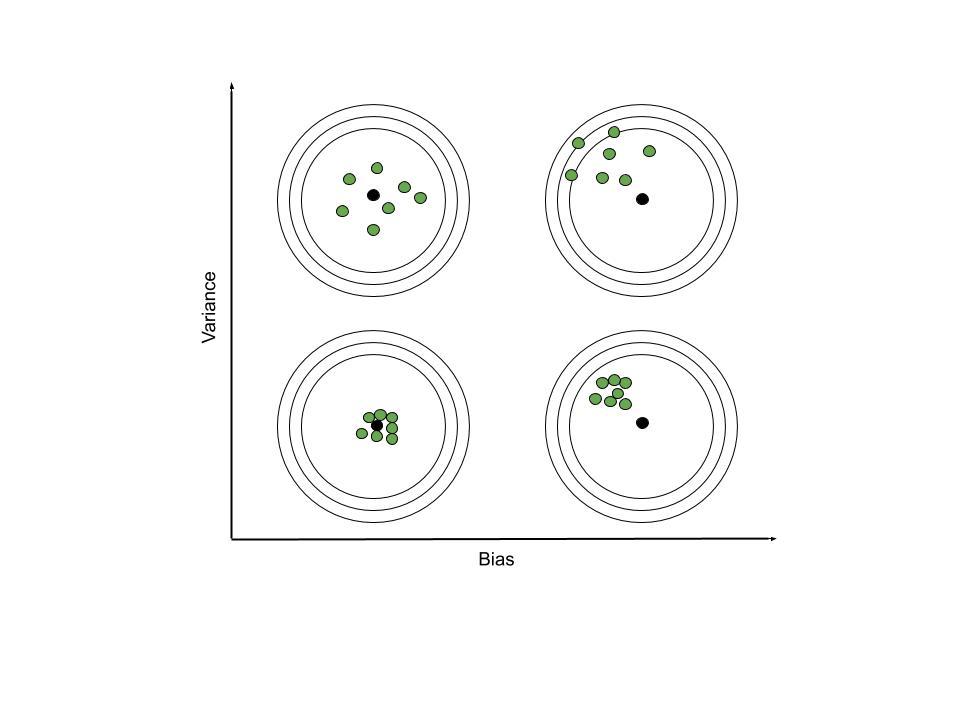 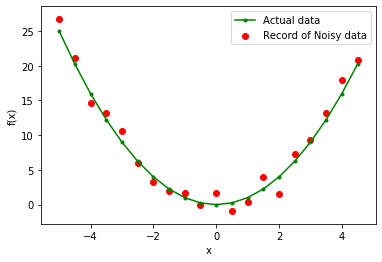 Now that we have a regression problem, let’s try fitting several polynomial models of different order. The results presented here are of degree: 1, 2, 10. 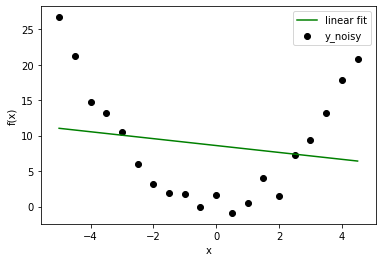 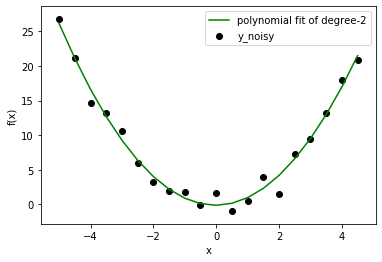 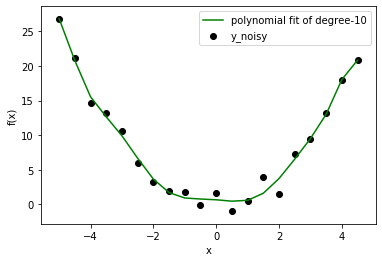 In this case, we already know that the correct model is of degree=2. But as soon as you broaden your vision from a toy problem, you will face situations where you don’t know data distribution beforehand. So, if you choose a model with lower degree, you might not correctly fit data behavior (let data be far from linear fit). If you choose a higher degree, perhaps you are fitting noise instead of data. Lower degree model will anyway give you high error but higher degree model is still not correct with low error. So, what should we do? We can either use the Visualization method or we can look for better setting with Bias and Variance. ( Data scientists use only a portion of data to train the model and then use remaining to check the generalized behavior.)

Now, if we plot ensemble of models to calculate bias and variance for each polynomial model: 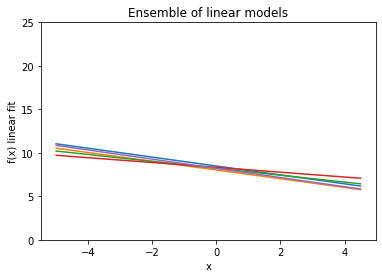 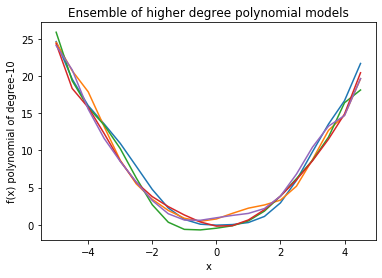 As we can see, in linear model, every line is very close to one another but far away from actual data. On the other hand, higher degree polynomial curves follow data carefully but have high differences among them. Therefore, bias is high in linear and variance is high in higher degree polynomial. This fact reflects in calculated quantities as well.

After this task, we can conclude that simple model tend to have high bias while complex model have high variance. We can determine under-fitting or over-fitting with these characteristics.

Again coming to the mathematical part: How are bias and variance related to the empirical error (MSE which is not true error due to added noise in data) between target value and predicted value.

Now, we reach the conclusion phase. Important thing to remember is bias and variance have trade-off and in order to minimize error, we need to reduce both. This means that we want our model prediction to be close to the data (low bias) and ensure that predicted points don’t vary much w.r.t. changing noise (low variance).

Next
Bias-Variance Trade off - Machine Learning
Related Articles
1. Bias-Variance Trade off - Machine Learning
2. 5 Algorithms that Demonstrate Artificial Intelligence Bias
3. Mathematics | Mean, Variance and Standard Deviation
4. Program for Variance and Standard Deviation of an array
5. Find combined mean and variance of two series
6. Variance and standard-deviation of a matrix
7. Program to calculate Variance of first N Natural Numbers
8. Print all Substrings of length n possible from the given String
9. Find the value of K after replacing every index of the array by |ai - K|
10. Print all Substrings of a String that has equal number of vowels and consonants
Article Contributed By :