Batch Scripting consists of a series of commands to be executed by the command-line interpreter, stored in a plain text file. It is not commonly used as a programming language and so it is not commonly practiced and is not trending but its control and dominance in the Windows environment can never be neglected. Almost every task and every action can be performed and executed by a simple sequence of commands typed on the Windows Command Prompt.

There are 2 ways to execute a batch script.

Typing commands again and again on the terminal can be a very tedious task to do if we have a very lengthy code. So option 2 is generally preferred to create batch files.

Steps to create a Batch file are pretty simple:-

To begin scripting we must be aware of the commands of the batch interface. The commands of Batch are sometimes similar to Linux Scripting commands.

Basic batch commands are all case insensitive and can be used to perform a specific set of instructions:- 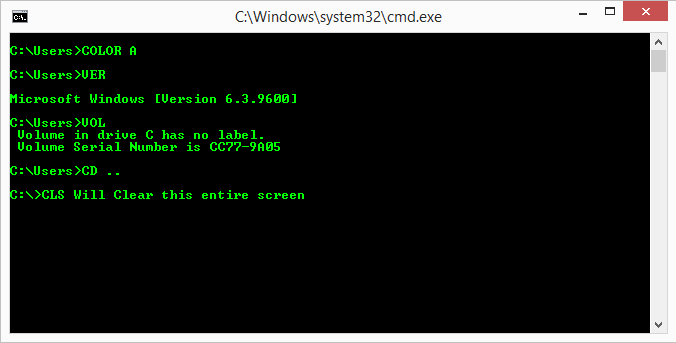 How to execute a batch command through cmd(command prompt)

A variable is an entity that stores a specific value and allows the user to perform any set of instructions on it. To create variables we use the command “SET” command. A variable, unlike many programming languages, can be assigned simply without specifying any data type to it.

To print this variable we need to use the command ECHO but with a slight variation. Since echo  prints both strings and variables to print string we simply write the string after ECHO as

Creating our own Batch Scripts

Example 1: To print “GeeksForGeeks” on the command prompt with and without using a variable.

Without using a variable 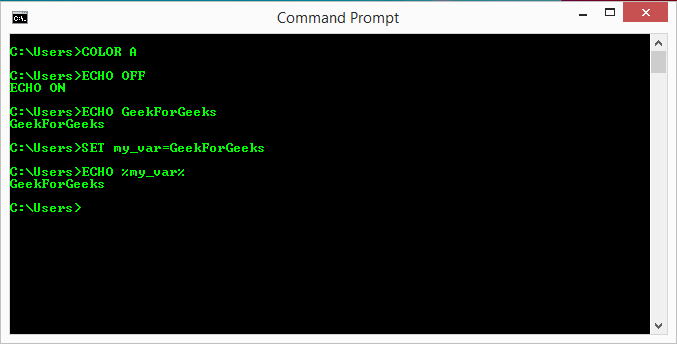 Arithmetic Operators in a Batch Script 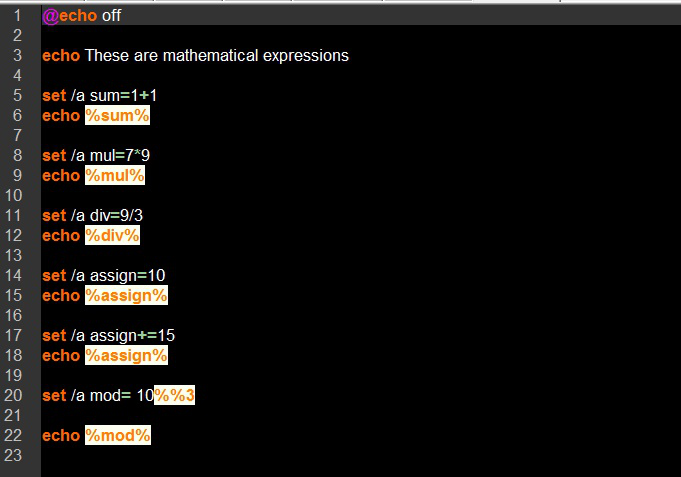 Demonstration of all arithmetic operators