(Note: A classifier assigns data in a collection to desired categories.) 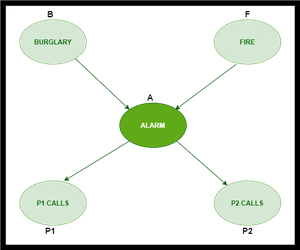 [ Note: The values mentioned below are neither calculated nor computed. They have observed values ]

From the observed probabilistic scan, we can deduce –