A while loop is a statement that iterates over a block of code till the condition specified is evaluated to true. We can use this statement or loop in our program when do not know how many times the condition is going to evaluate to false before evaluating to true.

The syntax of a while loop in BASH is something like below:

The example of a while loop is as follows: 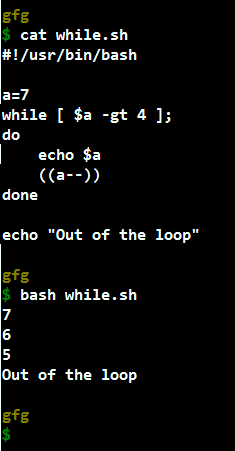 Reading a file with a while loop

We can read a file with a while loop in BASH.  By parsing certain parameters to the while loop condition, we can iterate over the file line by line or by other groups like characters or words.

We use the command read to actually fetch the lines or characters from the file. The read command is passed with -r argument which ignores the escaping of characters if the \  appears and hence it is parsed as its.  We read a line from a file mentioned after the done statement. The read command reads a line from the mentioned file and the while loops end when the last line from the file is read ( no line is left to read).

This is how we can read the contents of the file using a while loop in BASH.

To create an infinite loop using a while loop statement. We don’t need to put any condition in the while loop and hence the loop iterates infinitely. The below is the example of an infinite while loop:

Thus the while loop in the script is going to iterate for infinite time. We can manually break the loop or the script by CTRL + C.

While loop to iterate for a fixed number of times 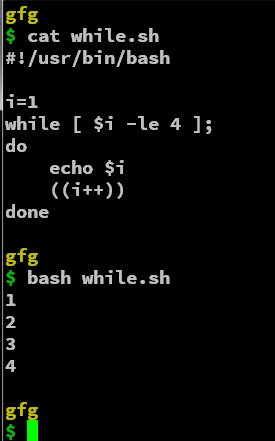 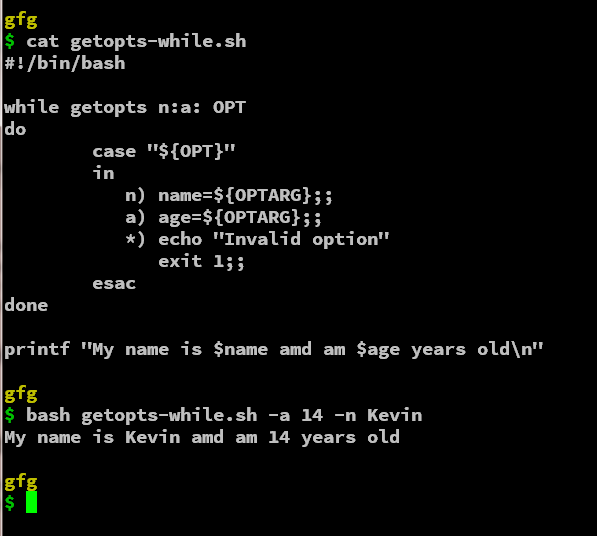 In this case, we have two options namely, the name and the age, you can have multiple options. We need to specify which option are we gonna use the switch case statements and from the command line using -shorthand option. In this case, we have used -n for name and -a for age. We also have a default or invalid case check to endure we do not parse wrong arguments. We can assign the value of the option using the OPTARG variable which parses the value provided to the option. 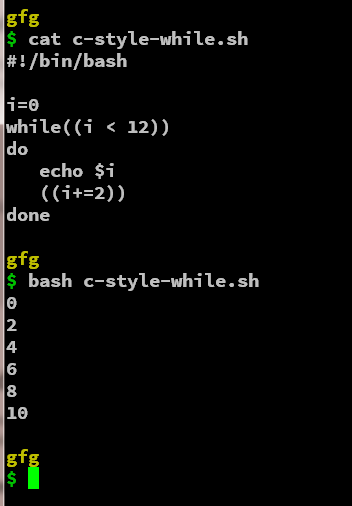 In this example, we can see that the while loop has a condition with non-bash operators like -le, -ge, etc instead we use the C-styled operators in the condition. The rest of the loop is the basic loop as in BASH, the variable or iterator i is incremented by two as we can see in the last statement of the loop body. Thus the loop iterates over 5 times.

While loop to perform operations on a file

We can perform operations on a file, like reading only a particular part of a file. If we have columns that are formatted in a particular fashion, we can use variables to assign them and print them one row data time. 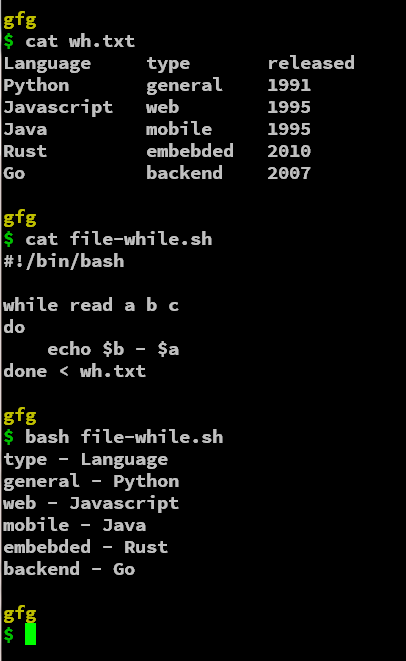 In this example, we have three rows, we read the contents by assigning them to the variables a,b, and c, it can be anything you like but remember to use them in the loop body. We can select a particular column like b and a and can print or perform any operations on them. This won’t be reflected in the file though as they are just the local script variables.

Writing to a file using a while loop

We can write to a file by user input in a while loop. We can use the while loop to iterate till we manually exit out of the loop using CTRL + D by saving changes to the file or by CTRL + C for avoiding writing to the file. We use the read command to input the text from the command line and parse it to the file. 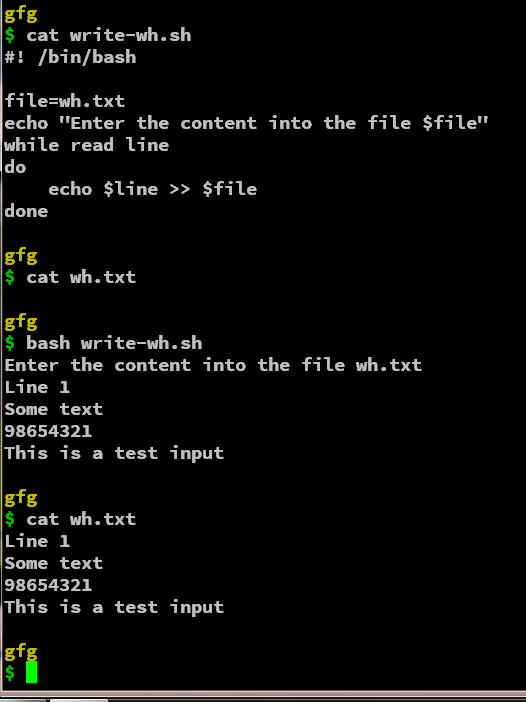 So from the example above, we were able to enter text into a file using a while loop and read command. To exit out of the loop and save changes to the file, we use the CTRL+ D keys, and to exit out of the loop without saving anything into the file we can use the CTRL + C keys.  Thus we enter the text from the command line to the text file using the read command and a while loop.

For example, we have a script that counts from 1 and forever. But we can programmatically break out of the loop using a break statement inside the body of the loop with a condition. 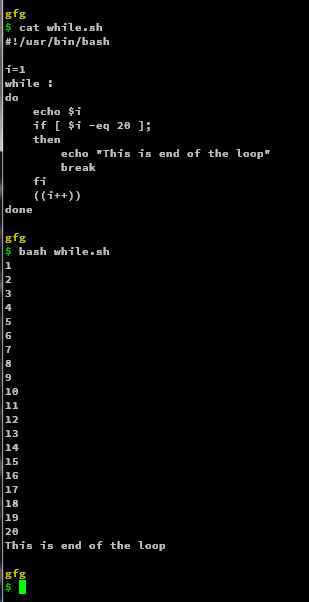 We can use the continue statement to do the opposite of the break statement. It will jump to the start of the loop block and iterate again. This can be used for skipping over certain commands for certain conditions and hence allows a change in the flow of the loop.

For example, If we have a variable initialized to 1 and we want to display only the numbers divisible by five or in a certain pattern following a condition, we can use continue statements to do just that. This allows iterating over the loop in the desired manner. 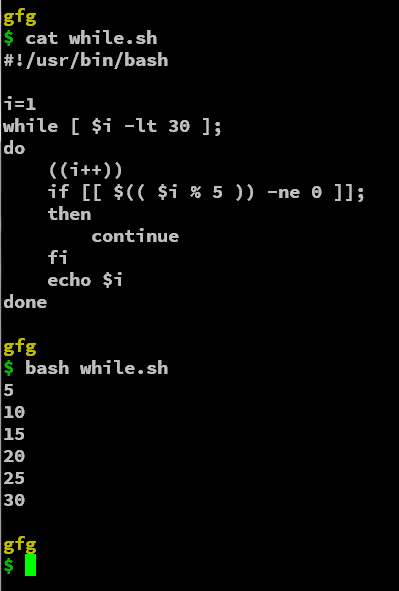 As we can see the continue statement, jumps to the beginning of the block and starts the execution of the commands by skipping the next commands inside the block.  The while loop iterates for only the value of variable i being less than 30, thus the if condition checks if the variable i is divisible by 5, and if it’s not we iterate over again using continue and increment the value of the variable i. The variable i only gets echoed if it’s divisible by 5, thus the if condition is evaluated to false and we do not encounter a continue statement and carry with the normal flow of the loop. This is done to avoid logging of every number and only print the numbers which do not follow a pattern or condition in the if statement or other conditional statements.