The Bash has three types of looping constructs namely for, while, and until. The Until loop is used to iterate over a block of commands until the required condition is false.

Here, the flow of the above syntax will be – 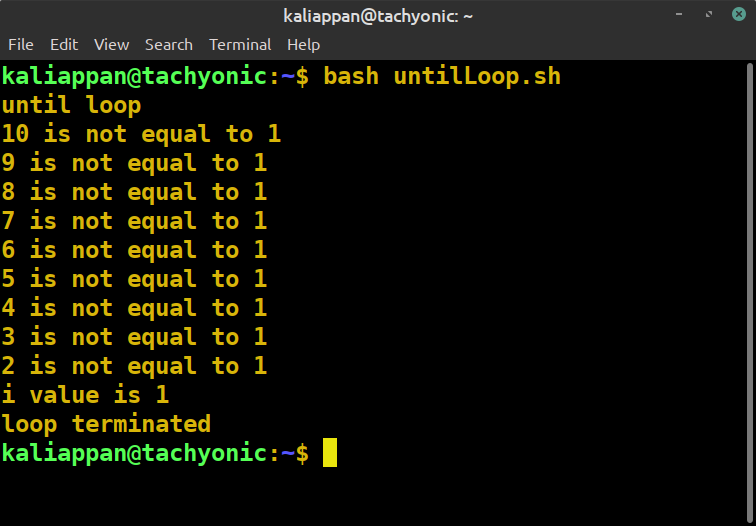 In this example the until loop is infinite i.e it runs endlessly. If the condition is set in until the loop is always false then,  the loop becomes infinite. 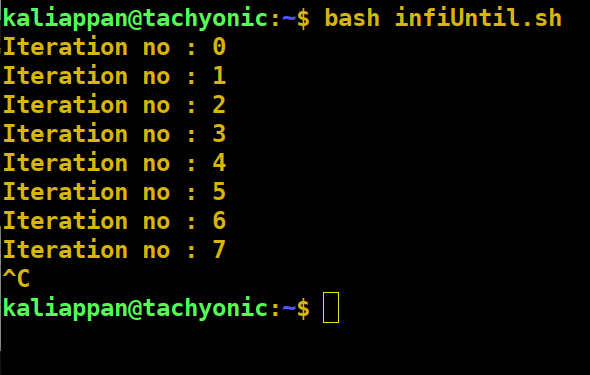 Until Loop with break and continue

This example uses the break and the continue statements to alter the flow of the loop. 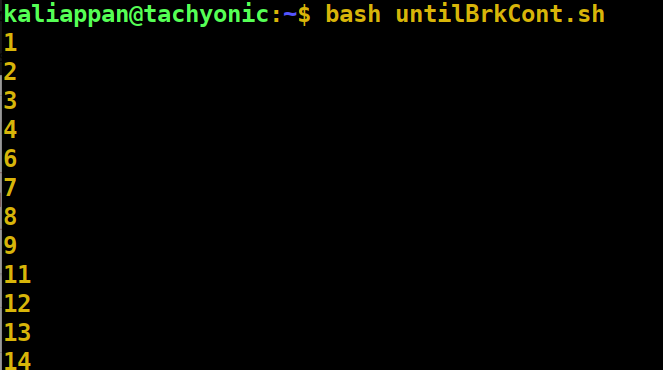 Until Loop with Single condition

This is an example of an until loop that checks for only one condition.

Until Loop with Multiple conditions

Exit status of a command:

We know every command in the shell returns an exit status. The exit status of 0 shows successful execution while a non-zero value shows the failure of execution. The until loop executes till the condition returns a non-zero exit status.