banner command in Linux with examples

banner command in linux is used to print the ASCII character string in large letter to standard output.

Example 2: Printing “GeeksforGeeks” in large letters. There are two things: 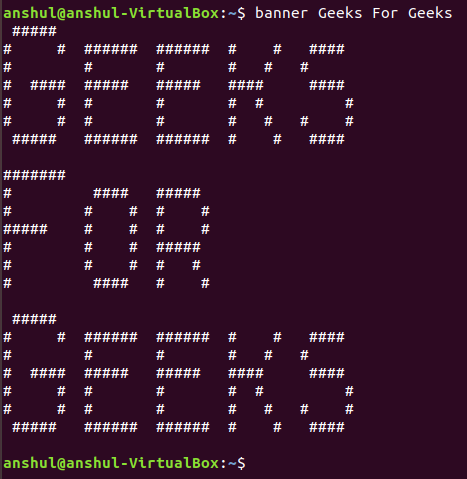 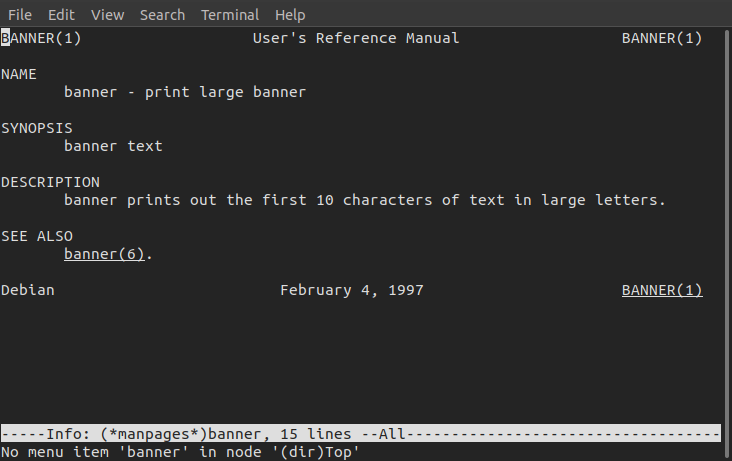