There are four Auto-commit commands that exist in SQL, they are:

Let’s take a look at what compensating transactions actually are. 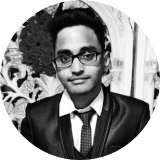