Characteristics of Asexual Reproduction in Animals

In Fission, a parent splits into two or more individuals of almost equal size who are identical to the mother cell. Example bacteria, archaebacteria, unicellular eukaryotes like protists, and some fungi. 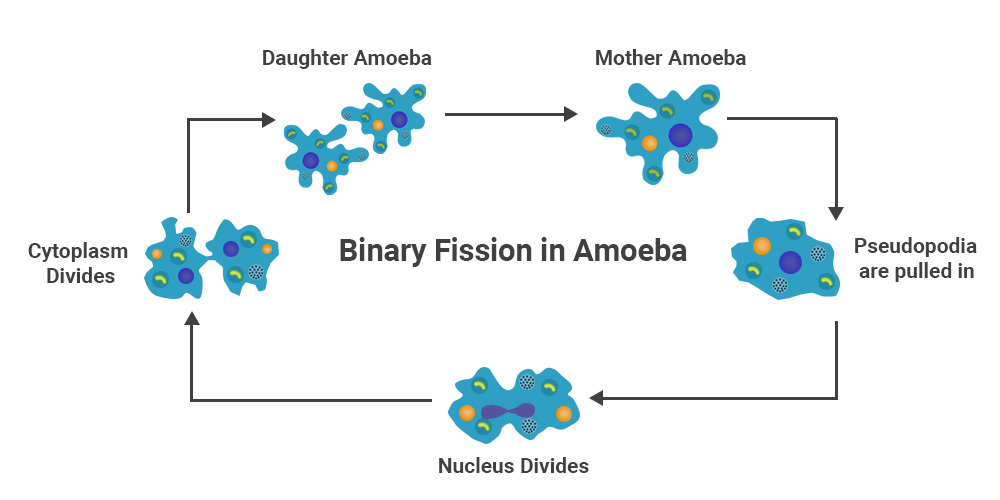 In Fragmentation, the body is divided into many fragments, which eventually evolve into whole creatures. Examples: worms, fungi, plants, and starfish. 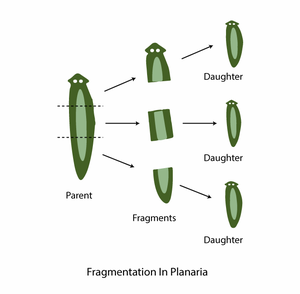 In budding, a bud-like outgrowth develops on the parent body, which is similar to the parent organism. Organisms reproduce by splitting off new individuals from existing ones through budding and resulting in genetically identical parent and daughter organisms. The bud may remain linked, or it may break loose through the parent. Budding generally occurs in eukaryotic species such as single-celled yeast and multicellular Hydra. 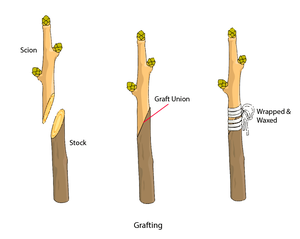 Spore formation is one of the types of asexual reproduction in plants. In harsh or unfavorable conditions, the organism develops ball-like sac structures called sporangium that contain spores. In favorable conditions, the sporangium burst open (air/water), and spores are released into the surrounding that germinates to give rise to the new organisms. Example fungus-like Bread Mould. 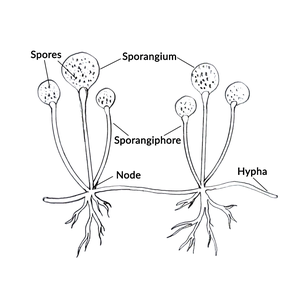 Following are the advantages of asexual reproduction:

The major disadvantages of asexual reproduction are:

Question 1: Why the offspring through asexual reproduction is said to be cloned?

Question 2: What do you understand by asexual reproduction?

When plants suffer extreme harsh environments like drought, climate change, and loss of natural pollinators like insects, and bugs they prefer an asexual mode of reproduction.

Question 4: What are the different types of vegetative propagation shown in plants?

Vegetative propagation is seen in plants. Different parts of the plant-like root, stem, and leaf are used to make new plants.

Question 5: Why vegetative propagation is used or promoted in farming industries?

Vegetative propagation is widely used in farming industries because it produces the clone of the mother cell and the chances of a failed crop is less as compare to seed cultivation also it takes less time to grow into a yielding crop plant.