Arithmetic Logic Shift Unit (ALSU) is a member of the Arithmetic Logic Unit (ALU) in a computer system. It is a digital circuit that performs logical, arithmetic, and shift operations. Rather than having individual registers calculating the micro operations directly, the computer deploys a number of storage registers which is connected to a common operational unit known as an arithmetic logic unit or ALU. 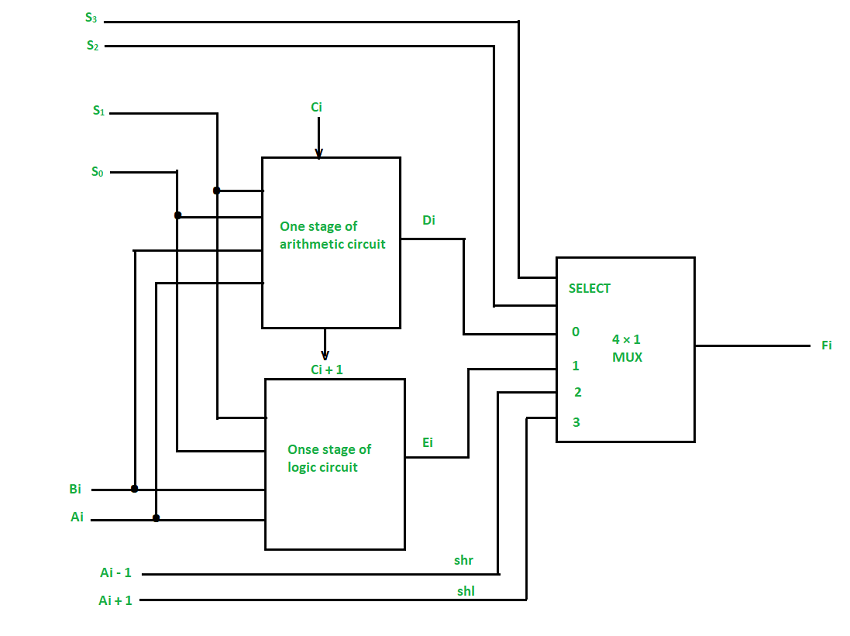 One stage of ALSU

We can combine and make one ALU with common selection variables by adding arithmetic, logic, and shift circuits. We can see the, One stage of an arithmetic logic shift unit in the diagram below. Some particular micro operations are selected through the inputs S1 and S0.

Note: The output carry Ci + 1 of a specified arithmetic stage must be attached to the input carry Ci of the next stage in the sequence.

The below table shows the 14 operations perform by the Arithmetic Logic Unit: 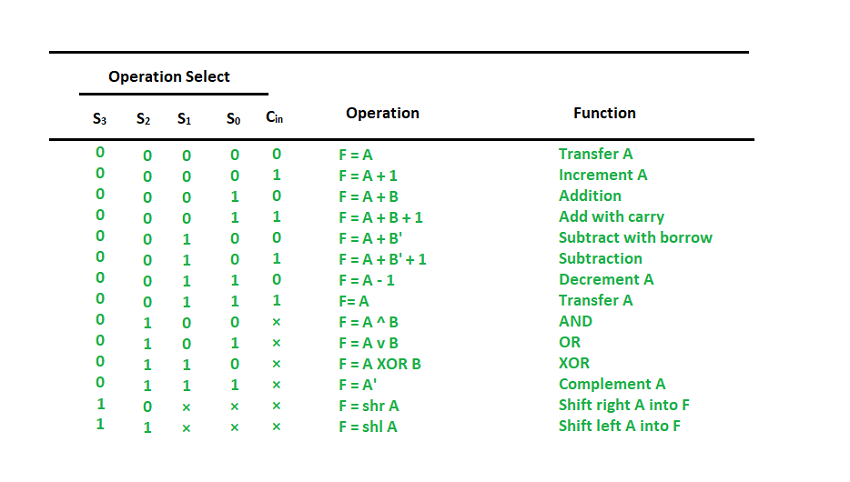