Integrals are an integral part of calculus. They represent summation, for the functions which are not as straightforward as the standard functions, integrals help us to calculate the sum and their areas and give us the flexibility to work with any type of functions we want to work with. The areas for the standard functions are already known, it is not easy to keep and remember formulas for the area of every type of function. Integrals provide the generalizability to this and give an approach for calculating these things for any general function. Definite integrals are used to calculate the areas under the curves. Let’s study this concept in detail.

Given a function f(x) which is continuous between [a, b], this interval is divided into n sub-intervals of width

and from each interval a point is chosen x*i. Then the value of the definite integral of the function f(x) from a to b is,

a and b are collectively called interval of integration. This is calculated using the following expression,

The graph below shows the definite integral of function f(x) working between the interval a and b. 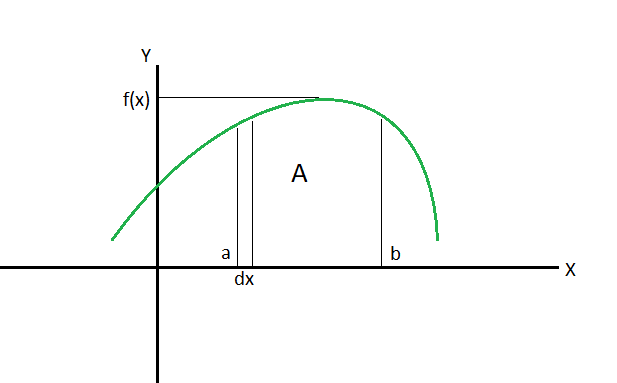 Definite integrals follow sum properties that allow us to simplify our calculations.

Property 1: Limits of any definite integral can be interchanged, a minus sign is added while interchanging the limits.

Property 2: If the upper limits and lower limits are equal, then the value of the integral is zero.

Property 3: When a function is multiplied with a constant, its integral is also multiplied by that constant.

Property 4: Definite integrals can be broken down across sums and differences.

Property 5: The intervals of integrals can be broken down. 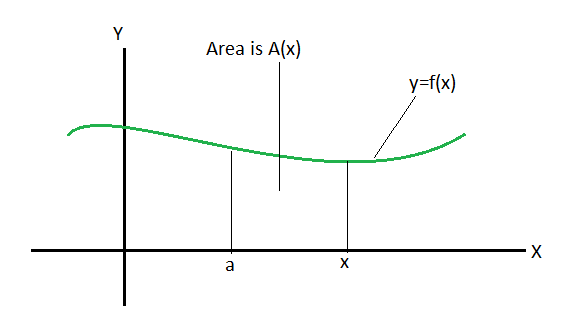 The area bounded by the curve above the x-axis

Consider the function given below in the graph. The function lies completely above the x-axis. We are interested in calculating the area enclosed between this curve and the x-axis between the points x = a and x = b. This case if pretty simple, it just requires us to calculate the area under the curve 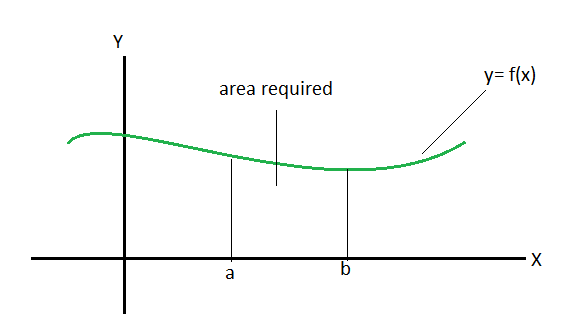 So, when the curve lies completely above x-axis the area becomes, 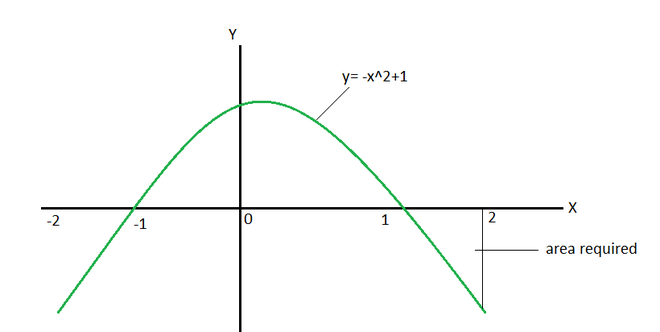 The region of interest is below the x-axis and evaluation of integral in this part leads us to a negative area. This is not possible as the area cannot be negative. If a function lies both above the x-axis and below the x-axis at some points. Then we need to take special care while calculating the area because if they are calculated together, positive and negative areas will cancel each other out, and we will not get the correct value of the area. So, in this case, the limits must be broken down such that both the integrals are separated out, and they should be added with their absolute values.

Question 4: Calculate the area enclosed by the function f(x) and x-axis between x = 0 to x =

Now this function lies completely below the x-axis, so only the magnitude of the area will be considered, the sign will be ignored.

Only the magnitude of this area will be considered.

It is obvious from the definition that the function becomes negative after x >=1.