Architecture and Working of Hive

Prerequisite – Introduction to Hadoop, Apache Hive
The major components of Hive and its interaction with the Hadoop is demonstrated in the figure below and all the components are described further: 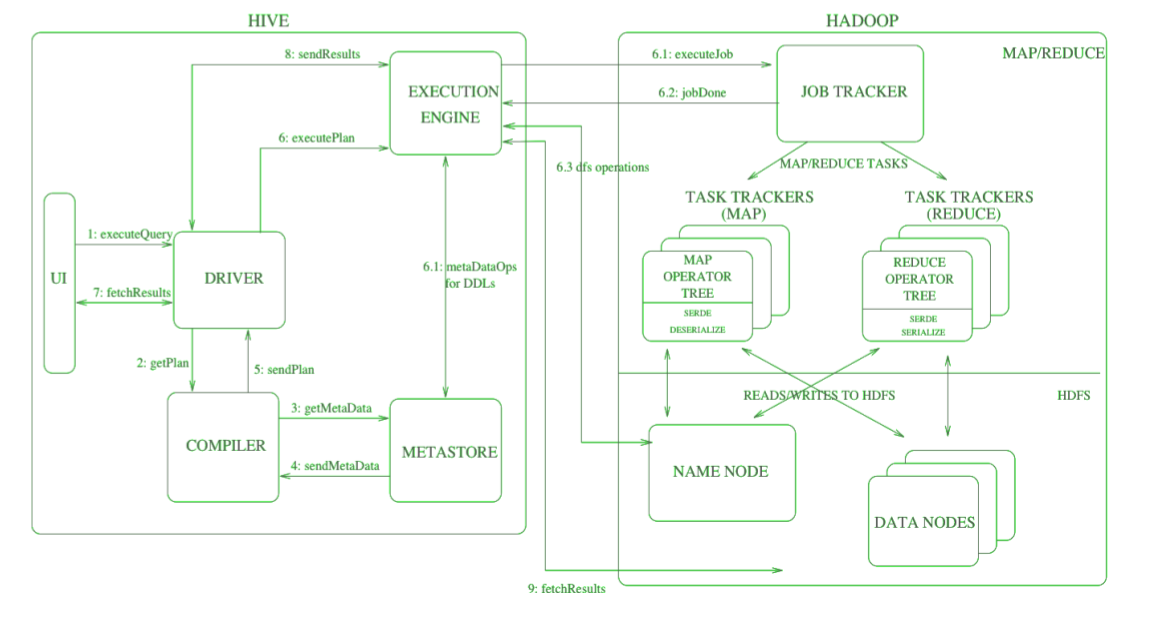 In the above diagram along with architecture, job execution flow in Hive with Hadoop is demonstrated step by step.