Introduction :
The Application Layer is topmost layer in the Open System Interconnection (OSI) model. This layer provides several ways for manipulating the data (information) which actually enables any type of user to access network with ease. This layer also makes a request to its bottom layer, which is presentation layer for receiving various types of information from it. The Application Layer interface directly interacts with application and provides common web application services. This layer is basically highest level of open system, which provides services directly for application process. 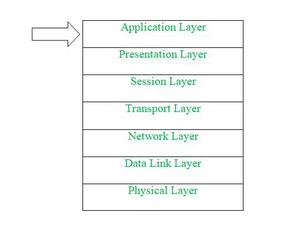 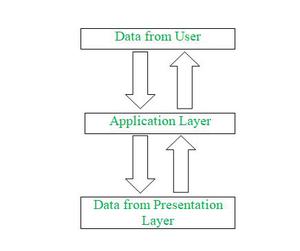 At first, client sends a command t server and when server receives that command, it allocates port number to client. Thereafter, the client sends an initiation connection request to server and when server receives request, it gives acknowledgement (ACK) to client through client has successfully established a connection with the server and, therefore, now client has access to server through which it may either ask server to send any types of files or other documents or it may upload some files or documents on server itself.