The below figure represents an API in an application :

API Testing refers to test the APIs which are used in the application just to validate that the APIs are working fine. When a system has a collection of APIs, these needs to be tested to know that the system is working perfectly or not. Mostly we can say that API testing confirms system’s performance, reliability, security and functionality.

Below list represents some of the tools which are used for API Testing :

The below figure represents the layer at which API testing is performed : 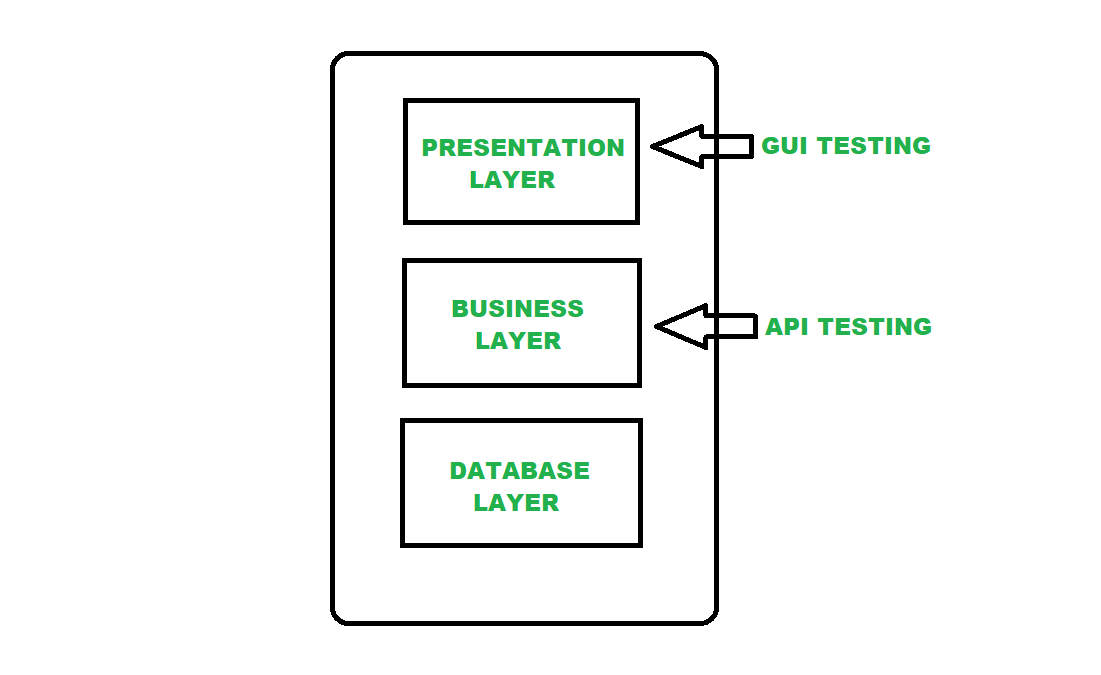 So below list represents the types of API testing i.e.

What exactly we check during API testing :

Benefits of API Testing :
Like we get a lot of advantages by using APIs in application, similarly by performing API testing we achieve a lot of things towards the success of the developed application. Below are some of the benefits i.e.