Angular vs ReactJS : Which one is Most In-Demand Frontend Development Framework in 2019?

Javascript is one of the most popular languages among developers nowadays. There are a lot of developers, freshers, and experienced love to build their application or project using Javascript but still, there is confusion when they have to pick up right framework or library for their project.
Angular and ReactJs is their topmost priority but still, most of them are unable to decide which one would be good for their project. Freshers want to know which one is easy to learn and which one has more demand in the market for job purposes. 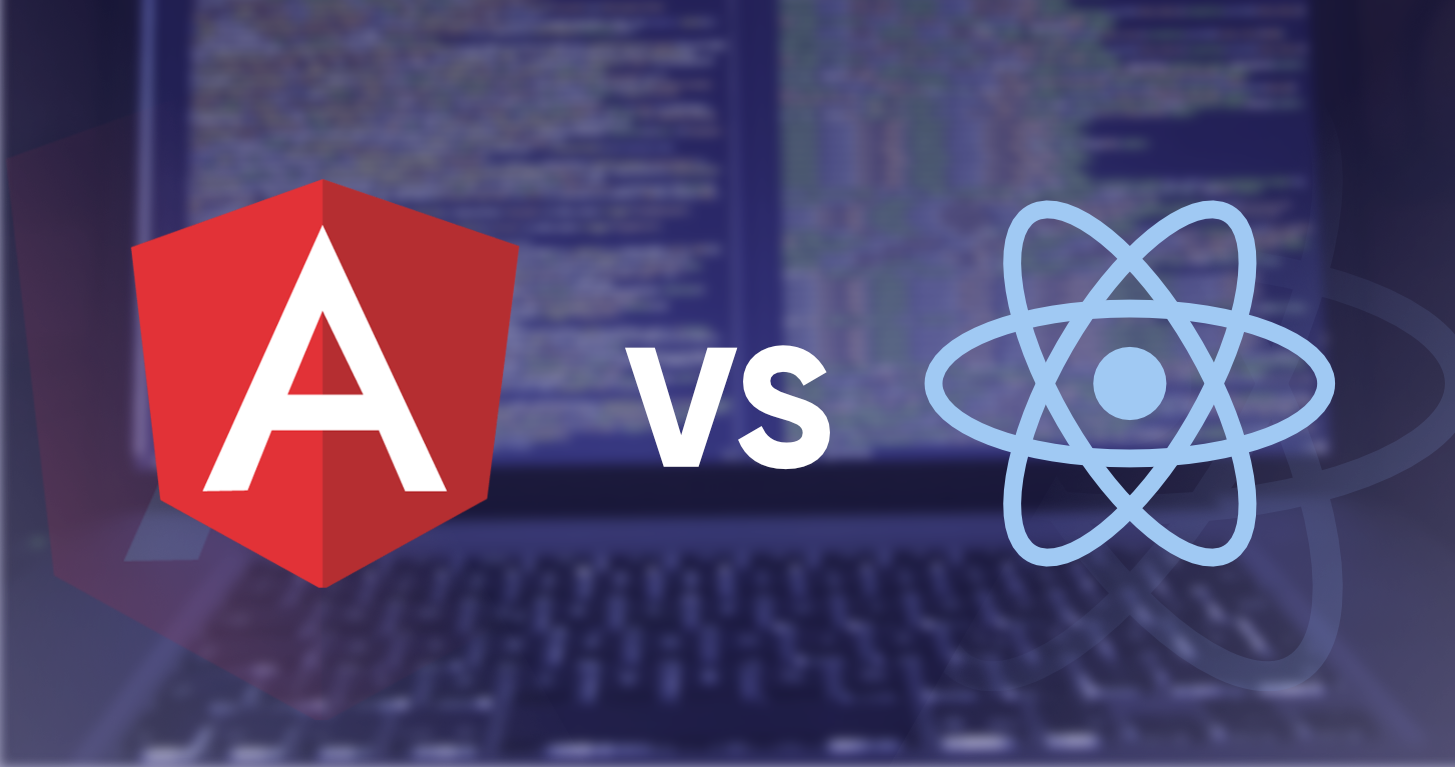 Let’s have a quick introduction of Angular and ReactJs.

AngularJS was developed by Google and was initially released in 2010. Until 2016 it used to be called as AngularJS. In 2016 Angular team released Angular 2 which was a complete rewrite of AngularJS and it was actually a completely new framework, so to reduce confusion from the previous one, the angular team decided to drop JS from the original name and they called this new framework Angular.

React is developed and maintained by Facebook. It was released in 2013.

We need to keep in mind ReactJS is a library to build interactive user-interfaces, on the other hand Angular is a complete framework. Before we move on let’s see what StackOverflow survey says about Angular and React. 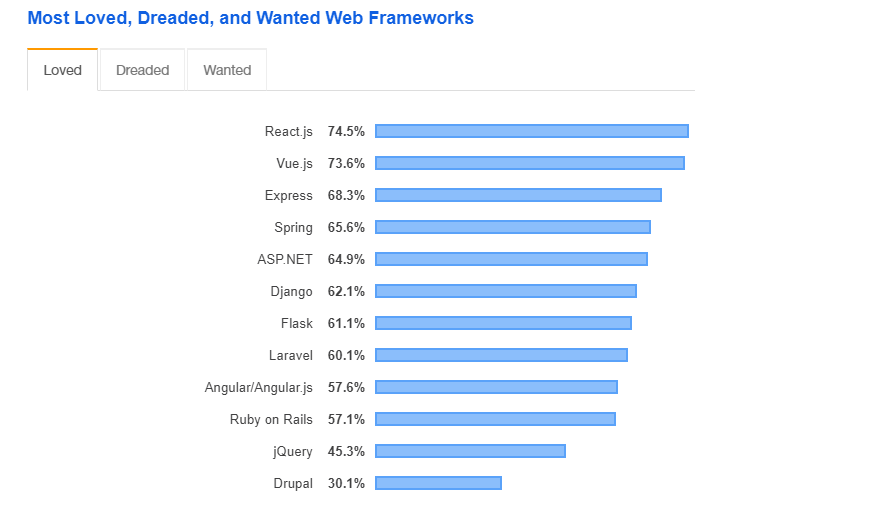 From the above two images, it’s clearly mentioned that ReactJS has higher priority than Angular and Google Trends also says ReactJS is the most popular library. Now we will compare both of them based on certain factors to decide which one would be better to choose.

Learning Curve: Angular is a complete full-blown framework so if somebody wants to make an application or project on Angular they need to learn a lot of things like Typescript in-depth, MVC also there are so many other concepts to learn such as directives, modules, decorators, components, services, dependency injection, pipes, and templates. In advance topic, it requires learning change detection, zones, AOT(Ahead-of-Time) compilation, and Rx.js. Angular provides a lot of stuff “out of the box”. It has strict coding which gives a clear structuring but there are so many things to learn if somebody wants to enter Angular.
On the other hand, ReactJs is just a library and so it has fewer concepts to learn in comparison to Angular. React uses JSX (Javascript XML) which is a way of writing HTML into JavaScript. So we need to know the syntax of JSX, how to write components, manage internal state, props for configuration, routing, state management using Redux. React won’t provide anything “out of the box” functions. React provides flexibility and it gives too many options to developers to do the same task in a different way. In the comparison of Angular, it’s easy to learn quickly.

Components and Size: Angular works on Real DOM and it follows MVC pattern. Angular follows bidirectional data flow also it is large in size(92KB approx, it might change) in comparison to React. React on the other hand works on Virtual DOM which is a lightweight copy of a Real DOM or we can say JS representation of actual DOM. React follows unidirectional data flow and the size(46KB approx, it might change) of React is smaller than Angular.

Migration and Community Support: Angular releases it’s newer version or make updates every six months. So in a year, there are two major releases or updates to make necessary changes. Developers have experienced so many breaking changes since it has been released. Angular is supported by huge and active communities of Google and its current version is 7.0. React is maintained by Facebook and its current version is 16.0. Upgrades in React is easier than in Angular also for facebook stability is a major concern when it comes to releasing it’s newer version because big companies like Twitter and Airbnb uses React. It has also good community support.

Popularity: Below is the open source community involvement and popularity for both of these frameworks.

Application: Angular is most widely used for large applications like video streaming app or music instrument app because of it’s full-blown framework nature. On the other hand, ReactJS is just a library so it’s good for SPA (Single page application) or where it doesn’t require much formatting.

Market Trend or Jobs: If we try to search for the jobs on StackOverflow and Upwork for Angular and React we find the below results.

From the above two results, it’s clear that React developers are more available than Angular and its demand is high.

Conclusion: Before we come to any conclusion we need to keep in mind that there is no best framework or library. Choosing a framework or library completely depends on your project level, requirements, and your goals. Every framework or library has some pros and cons, same with React and Angular. From the above all factors if you are a beginner or have less coding practice also if you want stability for your project you can go with React because its learning curve is fast and easier also job in the market is higher than Angular. It might be frustrating if you are choosing Angular because after every 6 months you will experience major upgrades for Angular. Another thing is if you want a full-blown framework to build a large scale project and love to follow straight forward coding strategy then go with Angular.