Step 1: Install Visual Studio Code IDE (or JetBrains WebStorm)
Visual Studio Code is light and easy to set up, it has a great range of built-in IntelliSense features. It is free to use. It also provides a huge number of extensions that will significantly increase performance. 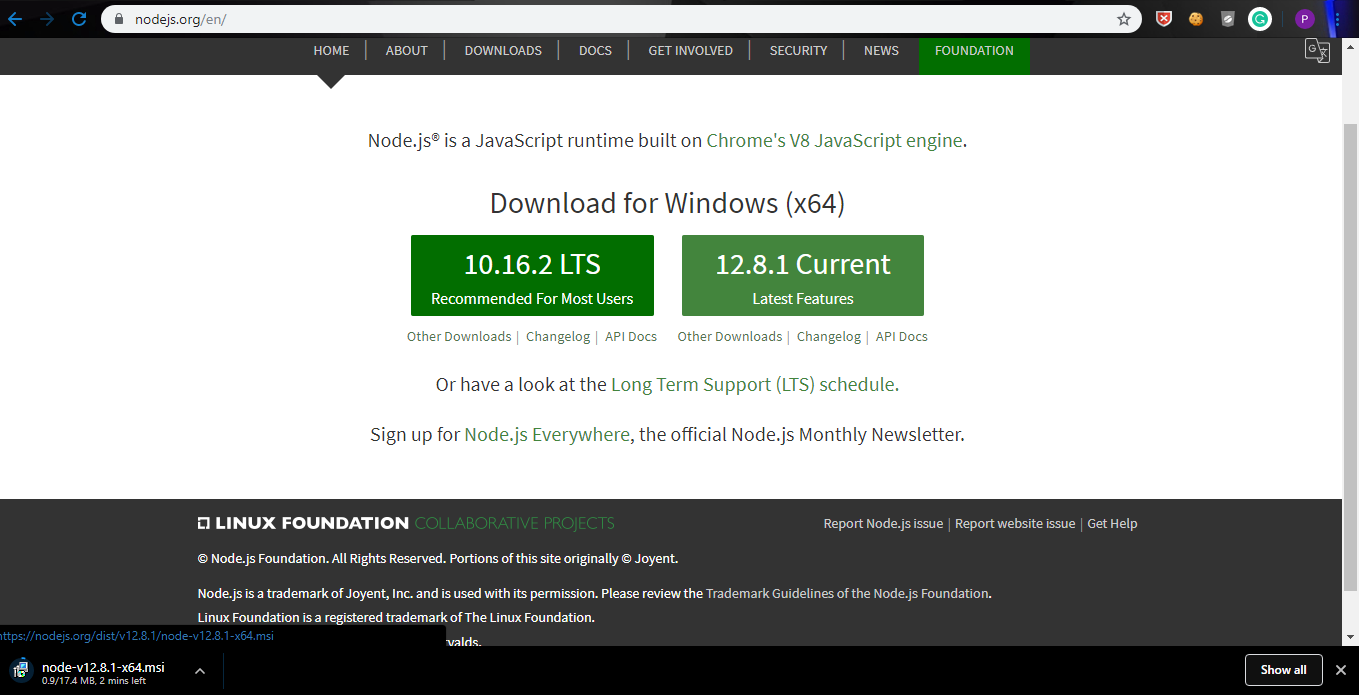 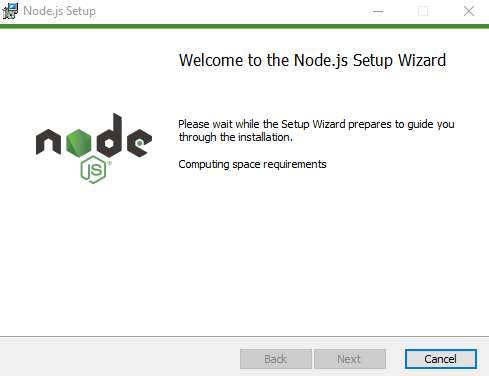 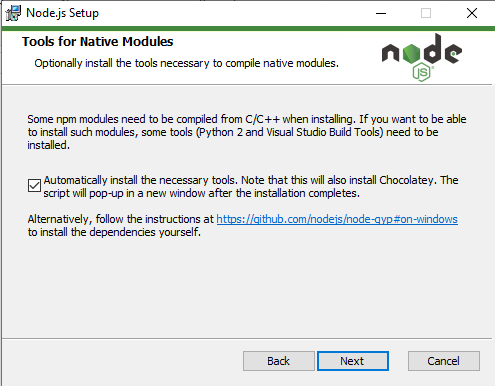 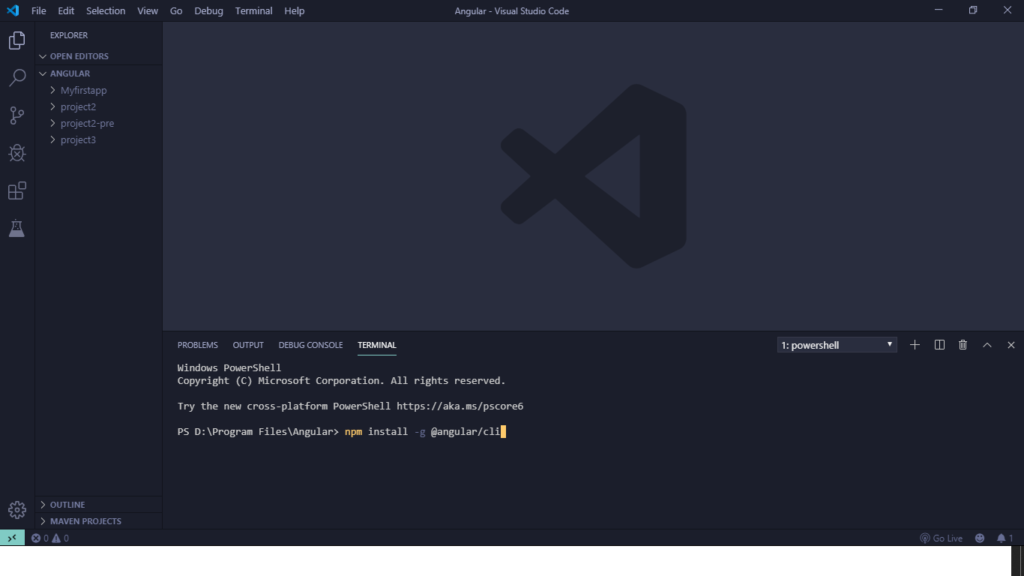 It will load the angular cli from where we will use ng command to do further actions.

Step 1: Making and Running FirstApp
Now with the help of CLI we are ready to start with building up of new default project. To do so write the following command on the terminal. 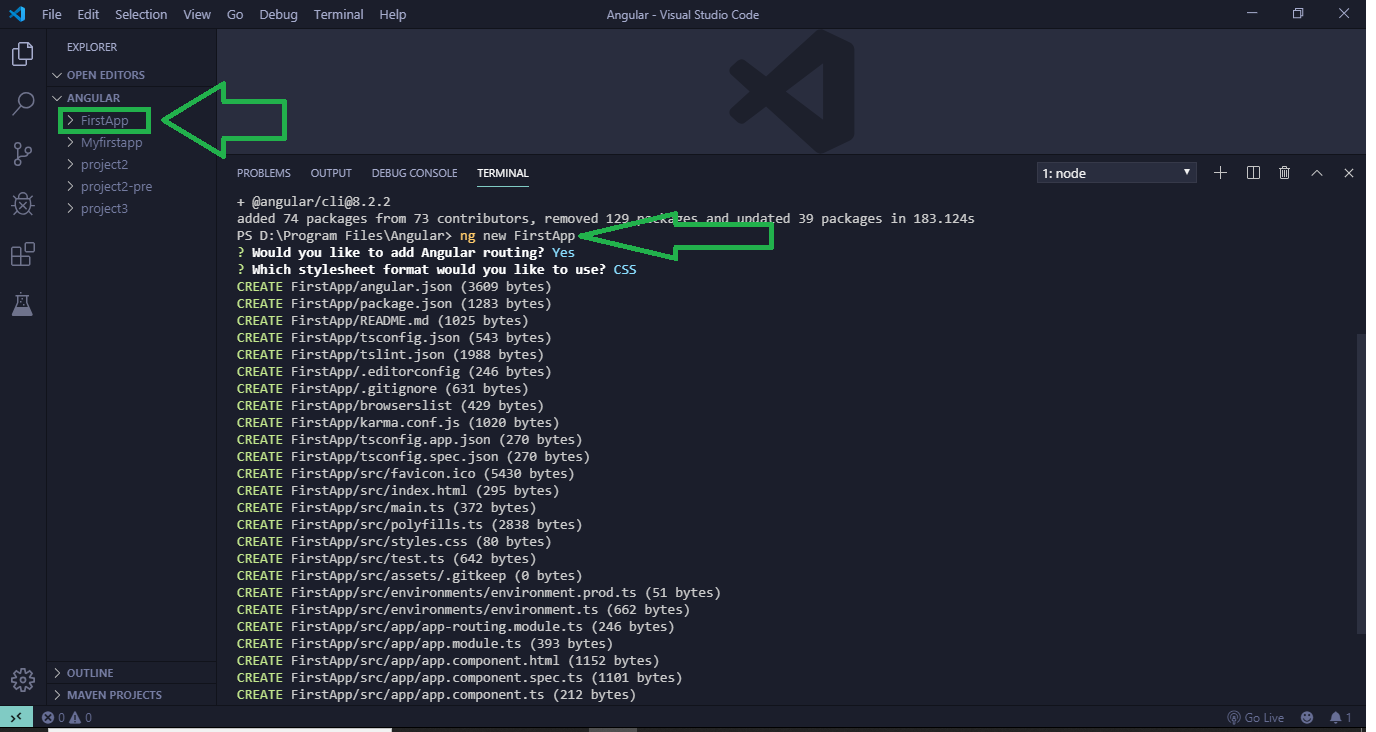 This will create all the setup and files along with a default angular page. Note the diagram, for each project it asks whether to enable routing or not and the styling that we want to choose (CSS, SCSS, Stylus). Choose yes for routing if the application contains multiple linked components. When everything is complete we will see that a directory with name FirstApp will appear at the left directory column.

Step 2: Now to run it on the local server. To do so first navigate to the project folder using cd command and the write the following command on the terminal.