Angle subtended by an arc at the centre of a circle 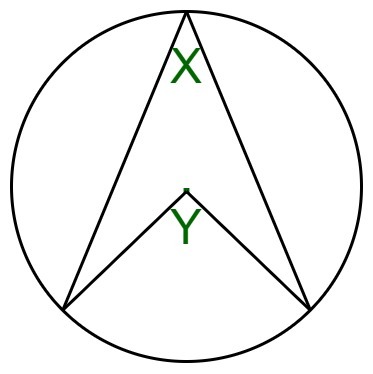