Android | How to send data from one activity to second activity 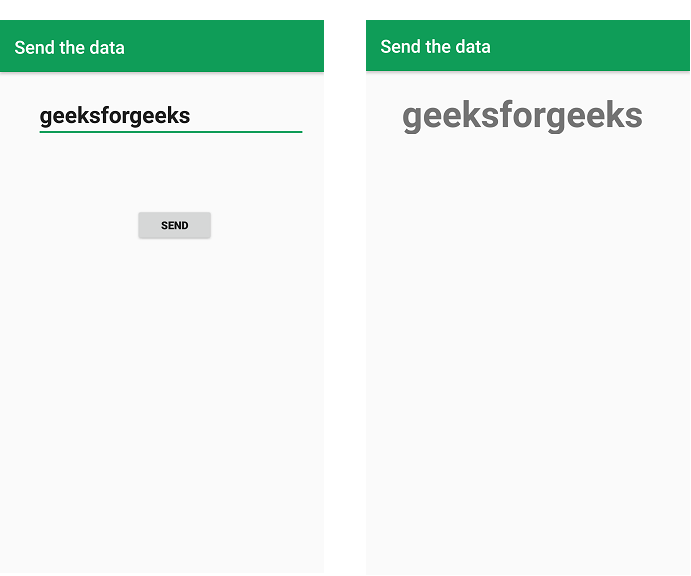 In this Example, one EditText is used to input the text. This text is sent to the second activity when the “Send” button is clicked. For this, Intent will start and the following methods will run:

Step 1: Firstly create a new Android Application. This will create an XML file and a Java File. Please refer the pre-requisites to learn more about this step.

Step 2: Open “activity_first_activity.xml” file and add the following widgets in a Relative Layout:

Also, Assign the ID to each component along with other attributes as shown in the image and the code below. The assigned ID on a component helps that component to be easily found and used in the Java files.

Here the given IDs are as follows:

This will make the UI of the Application. 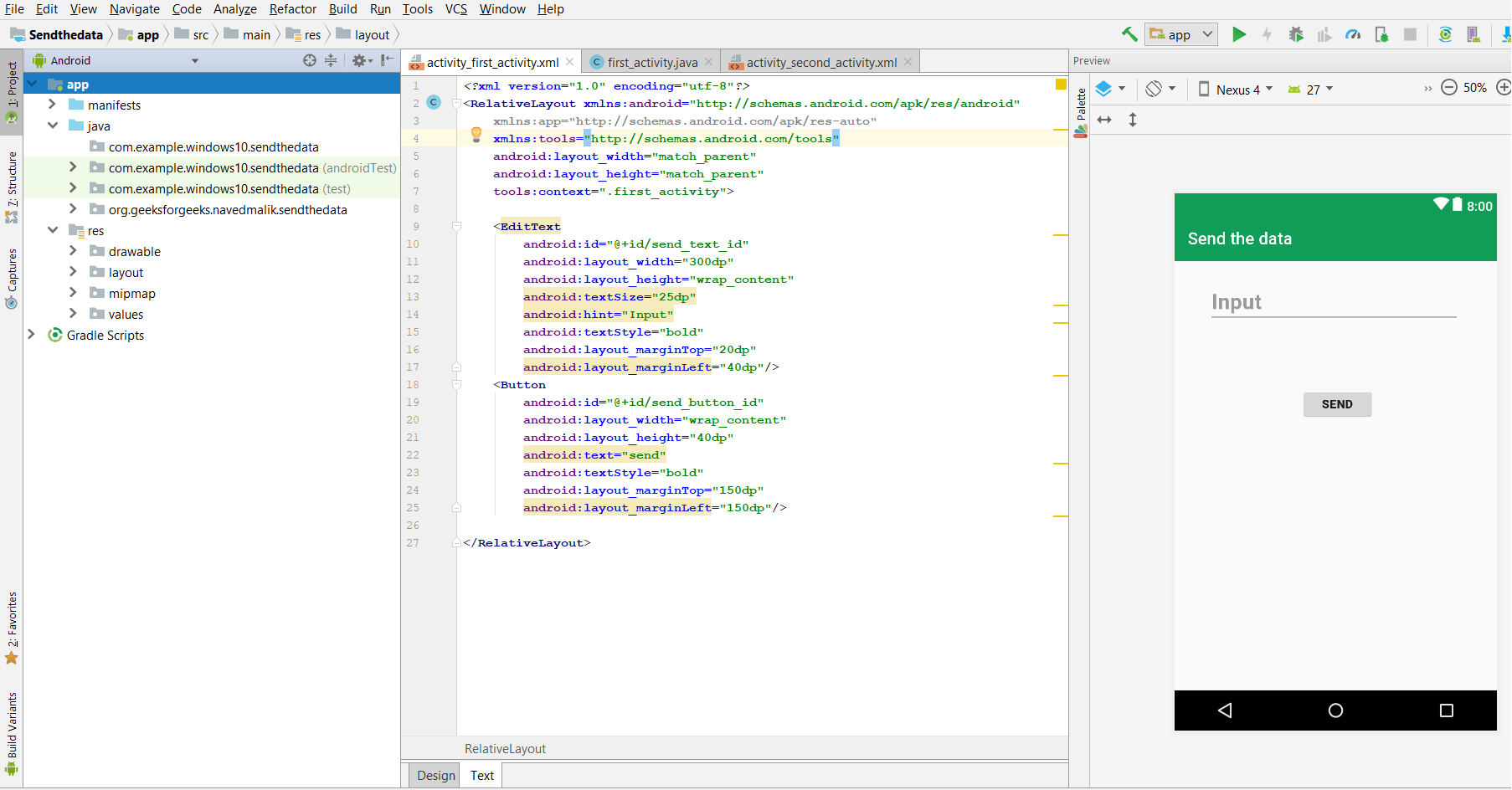 Step 3: Now, after the UI, this step will create the Backend of the App. For this, open the “first_activity.java” file and instantiate the components made in the XML file (EditText, send Button) using findViewById() method. This method binds the created object to the UI Components with the help of the assigned ID.

Step 4: This step involves setting up the operations on the sending and received the data. These operations are as follows:

1. first Add the listener on the send button and this button will send the data. This is done as follows:

after clicked this button following operation will be performed.

2. Now create the String type variable for store the value of EditText which is input by user. Get the value and convert it to string. This is done as follows:

3. Now create the Intent object First_activity.java class to Second_activity class. This is done as follows:

where getApplicationContext() will fetch the current activity.

4. Put the value in putExtra method in key value pair then start the activity. This is done as follows:

Step 5: Now we have to create a Second_Activity to receive the data.
The steps to create the second activity is as follows: 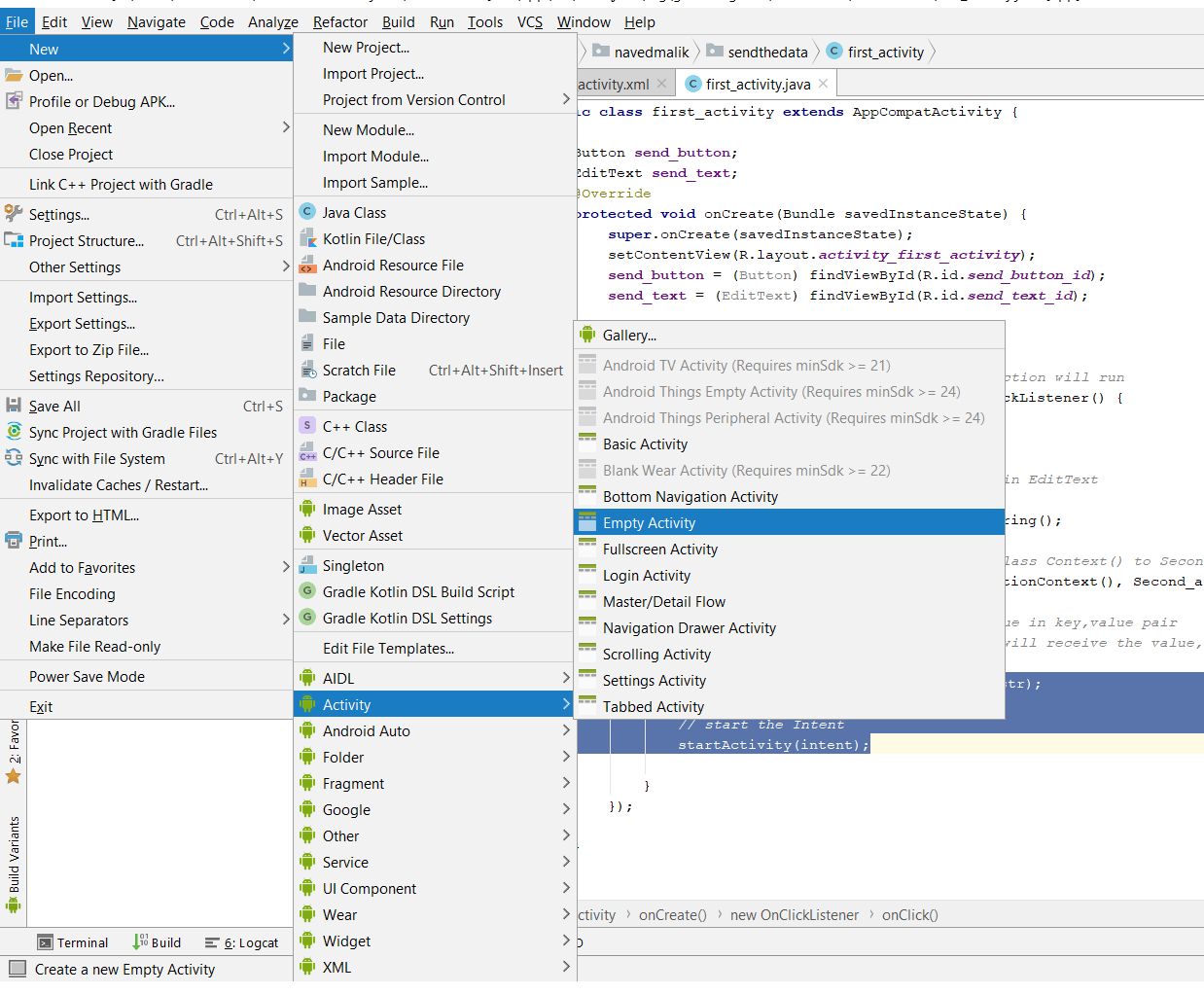 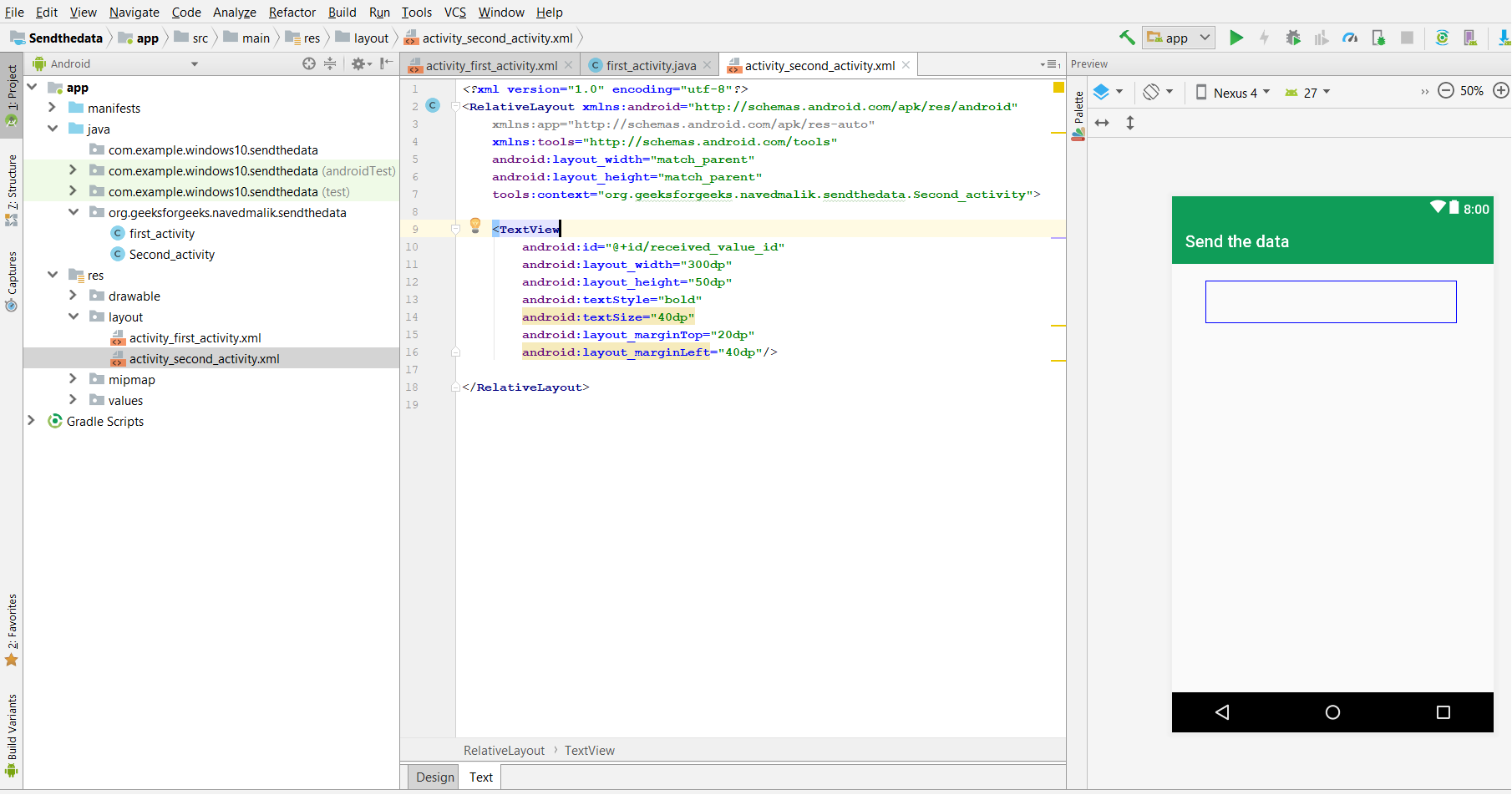 2. Now In second_activity.java file create the object of getTntent to receive the value in String type variable by getStringExtra method using message_key.

3. The received value set in the TextView object of the second activity xml file

Step 8: Now Run the app and operate as follows:

Below is the complete code for the Application. 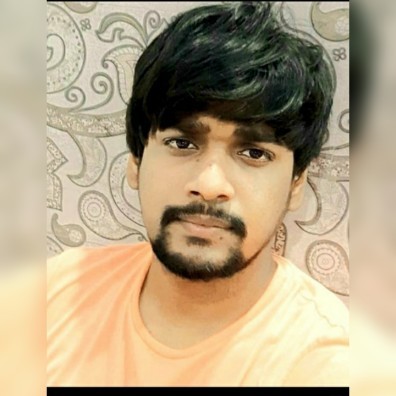