In computing, booting is starting up a computer or computer appliance until it can be used. It can be initiated by hardware such as a button press, or by software command. After the power is switched on the computer is relatively dumb, and can read only part of its storage called Read-only memory. There a small program is stored called firmware. It does power-on self-tests, and most importantly, allows accessing other types of memory, like hard disk and main memory. The firmware loads bigger programs into the computer’s main memory and runs it. In general purpose computers, but as well in smart phones, tablets, optionally a boot manager is run. 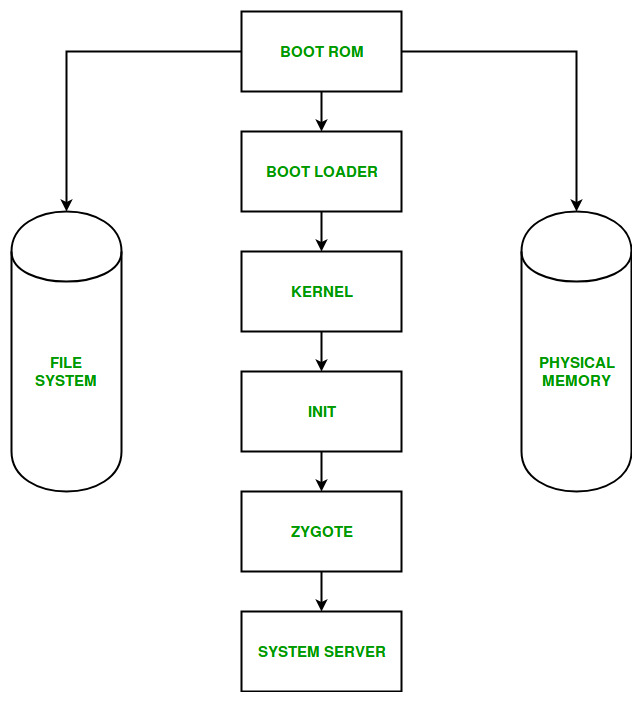