You’ve undoubtedly seen a lot of annotations as an Android developer: They’re those strange code components that begin with @ and sometimes have parameters connected to them. Annotations link metadata to other code components, allowing you to include extra information in your code. Annotations may be used to produce new source files based on that information using annotation processing.

In the example image shown above the “@” followed by the word, Override is actually what is known as an Android Annotation. In this article, we will know about the same in detail.

How Exactly do the Annotations Generate the files?

Many compilation cycles are spent on annotation processing. During each cycle, the compiler reads a java source file and looks for annotations that have been registered for processing before calling the relevant annotation processor. This cycle continues until a file is produced or it ends if no file is generated in that cycle. Without further ado, let’s go on and create a simple annotation ourselves! It may sound overwhelming but is actually easy.

The first step is to build a new module that will house your annotations. Go to Android Studio and then click on File -> New ->New Module then choose Kotlin and after that, you need to add a name to the module like you usually do with your android projects. 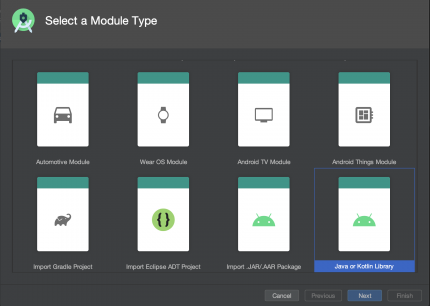 AdapterModel is now a regular Kotlin class, but converting it to an annotation class is straightforward. Simply place the annotation keyword in front of the class. As an example: 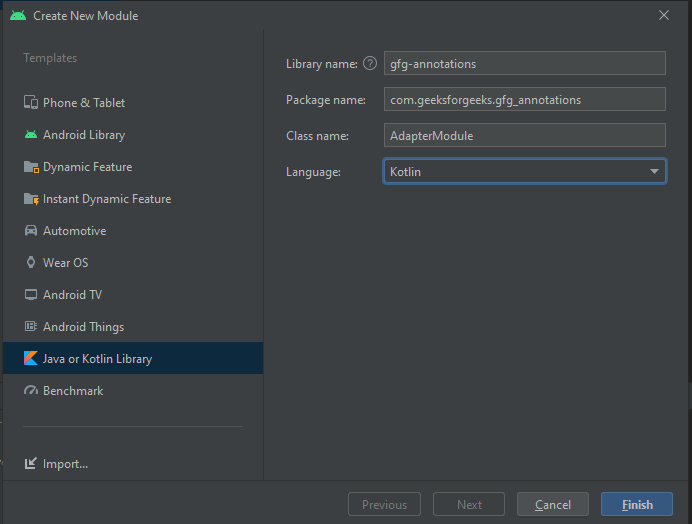 Press ‘Finish’ after that to create your new annotation module!

Note: AdapterModule is now a regular Kotlin class, but converting it to an annotation class is straightforward. Simply place the annotation keyword in front of the class. Like:

Image 4. Making the standard module as an annotation.

Step #3: Adding Functionality to the Annotation

Even if you’re creating a basic annotation, you can’t help but use additional annotations on it! Two common annotations will be used to annotate your annotation classes. The very first one is creating a value data object like the one mentioned below:

Only one annotation is not enough to make the module worth using, as a fact all the modern days’ libraries which are mentioned in the former part of this article have used around 100s of different annotations to achieve the functionality. Although the issue of annotation usage and consumption is vast and complex, it all comes down to achieving more with less. That is, less code (annotations) magically transforms into greater functionality, and annotation processing catalyzes this computational alchemy.

Image 5. Adding another Annotation to the Module.

The final version of this project may be downloaded by clicking here.