Language is the method to share and communicate our understanding and knowledge with one another. Language plays an essential factor when it comes to sharing our knowledge, ideas, and vision. Hence, if we can discover a computational approach of language, we can develop a very sturdy means of communication. We adopt various techniques to completely utilize the knowledge and merge these with language and grammatical facts and come up with a computational language system. While understanding the language we come across various flaws in the language which we try to curb but sometimes these flaws are indeed what makes the language much more dynamic and influential. Language can be spoken as well as written. Therefore there can be two ways to process it. However, the processing of spoken form of language can be much more demanding as we can come across various challenges, like the presence of disturbance in the speech and also the way or the accent by which the speech comes out. Hence processing of written statement is comparatively much simple. To derive information from the written language text we go over lexical, syntactic and semantic analysis techniques. This process to derive and understand the written language is described as written language processing. Natural language processing comprises of understanding and generation, it also deciphers in different languages. Hence this makes it an essential aspect for understanding it.

These are the difficulties faced when it comes to language and how the weakness can be turned into a strength.
Likewise, Natural language processing helps us learn and gives a better understanding of the language. It also helps in translation from one language to another. The process of understanding the language includes aligning the input into a more useful form of data that can convert raw facts into information that can be used to strengthen knowledge. Understanding the language requires a representation of the situation. But because of the wide variety of situations, it is very hard to understand a situation that can correctly fit in the situation. Hence to develop a computer program that could process the Natural language, we first have to define the elemental task and target representation.

Challenges:
Yet still, it may appear like an effortless domain to align the map sentences for understanding the meaning, but this is not completely right. There still exist various challenges that we confronted when processing this. The primary challenge is uncertainty and the presence of ambiguity in the data. When we communicate in English, the sentence may not lead to that thing. For example consider a sentence, after lifting heavy weights, Ram gets bent out of shape. This doesn’t mean that Ram got his posture angled, this is an expression to represent that ram got upset. Also, there is another kind of uncertainty that may appear when we talk about the words that have several meanings. Like, Ram went to the bank. Here Bank can be where the money is stored or it could be the River Bank as well. One more kind of uncertainty might arrive due to affixes. For example, Ram had many friends. It was his friend’s birthday party. The first friend refers to a plural noun and the second refers to denote a third person. Hence all these challenges require a sturdy and efficient system for processing. Each of these issues is required to be focussed so that the computer can correctly process and work with the Natural language.

Implementation Phases:
The process of Natural Language understanding comprises of five analytical phases. These Phases are:

All these phases have their own desired boundaries, but these boundaries are not completely simple to comprehend. They occasionally follow a proper sequence, or sometimes all at once. When one process enrols in a sequence, this process may request for assistance to another one. To understand this properly we need to understand what these phases are.

Implementation:
The five phases discussed above for Language processing are required to follow an order. Each phase takes its input from the previous phase’s output and sends it along to the next phase for processing. While this process input can get rejected half-way if it does not follow the rules defining it for the next phase. 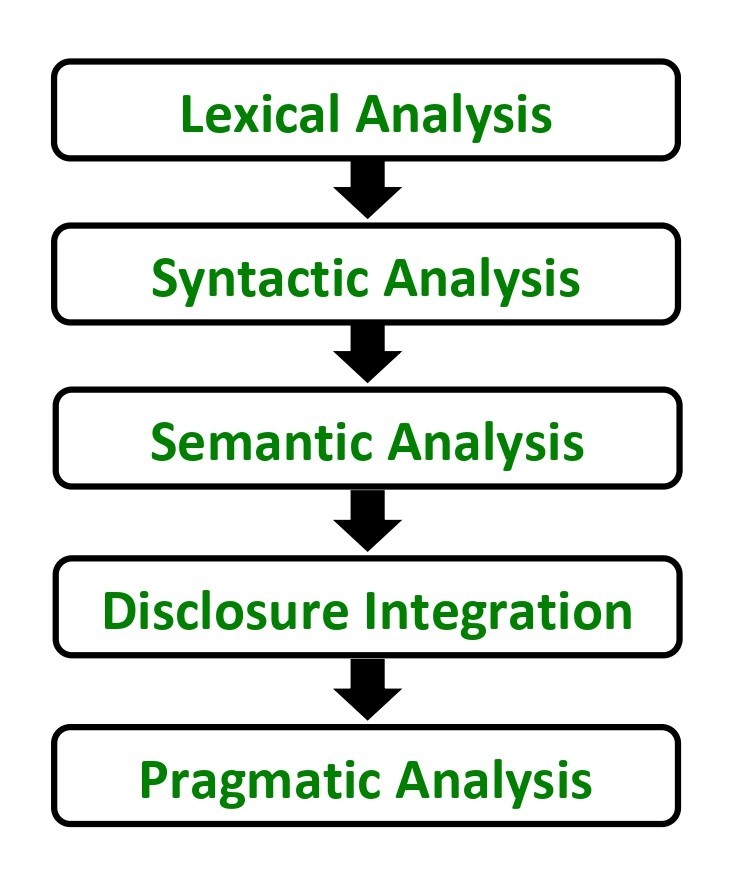 Also, More than one phase can start processing together. This may happen due to ambiguity between the phases. For instance, consider the sentence

Is the electric vehicle Tesla car?

The above sentence has four noun phrases at the end which will be required to form noun phrases to give the sentence of the form:
“Is the A B?” where A & B represents the noun phrases we require. While syntax analysis there will be the following choices available:

While performing the syntactic analysis all of these choices look applicable, but to get the correct phrases we require to analyze the semantics. When we apply semantic analysis the only options making sense are “electric vehicle” and “tesla car”. Hence, we can say that these processes are separated but they can communicate in different ways.

Language is a structure which follows different rules. Natural Language processes the written form of language concerning the rules developed. The main focus is to erase ambiguity & uncertainty from the language to make the communication much easier. 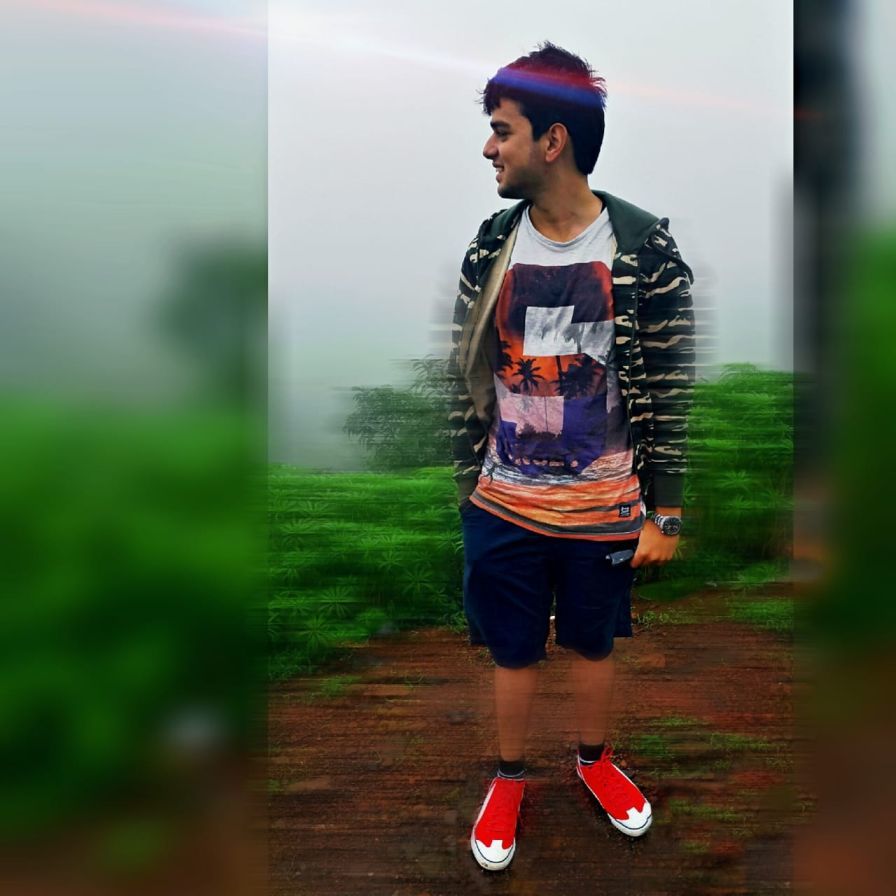