The ambiguities are those issues that are not defined clearly in the Java language specification. The different results produced by different compilers on several example programs support our observations. Here we will be discussing in the following order.

When you overload methods, you risk creating an ambiguous situation of which one is in which the compiler cannot determine which method to use. For example, consider the following overloaded computeBalance() method declarations:

If you declare a double variable named myDeposit and make a method call such as computeBalance(myDeposit);, you will have created an ambiguous situation. Both methods are exact matches for your call. You might argue that a call using a variable named myDeposit “seems” like it should go to the version of the method with the parameter named deposit, but Java makes no assumptions based on variable names. Each version of computeBalance() could accept a double, and Java does not presume which one you intend to use.

The inclusion of generics gives rise to a new type of error that you must guard against ambiguity. Ambiguity errors occur when erasure causes two seemingly distinct generic declarations to resolve to the same erased type, causing a conflict. Here is an example that involves method overloading.

Now we are good to go with type 1 as shown above to describe that is. method overloading in varargs

Case 1: Methods with only Varargs parameters

In this case, Java uses the type difference to determine which overloaded method to call. If one method signature is strictly more specific than the other, then Java chooses it without an error.

This output is due to the fact that int is more specific than double. As specified in the JLS section 15.12.2.5, If more than one member method is both accessible and applicable to a method invocation, it is necessary to choose one to provide the descriptor for the run-time method dispatch. The Java programming language uses the rule that the most specific method is chosen according to type promotion. The following rules define the direct supertype relation among the primitive types in this case:

Case 2: Methods with Varargs along with other parameters. In this case, Java uses both the number of arguments and the type of arguments to determine which method to call.

Note: Sometimes unexpected errors can result when overloading a method that takes a variable-length argument. These errors involve ambiguity because both the methods are valid candidates for invocation. The compiler cannot decide on which method to bind the method call.

Output explanation: The overloading of the desired method here named ‘fun()‘ is perfectly correct. However, this program will not compile because of the last call made to ‘fun()’ which can also be interpreted in the code.

Type 2: Ambiguity in multiple inheritances. Inheritance is a relation between two classes where one class inherits the properties of the other class. This relation can be defined using the extends keyword as follows: 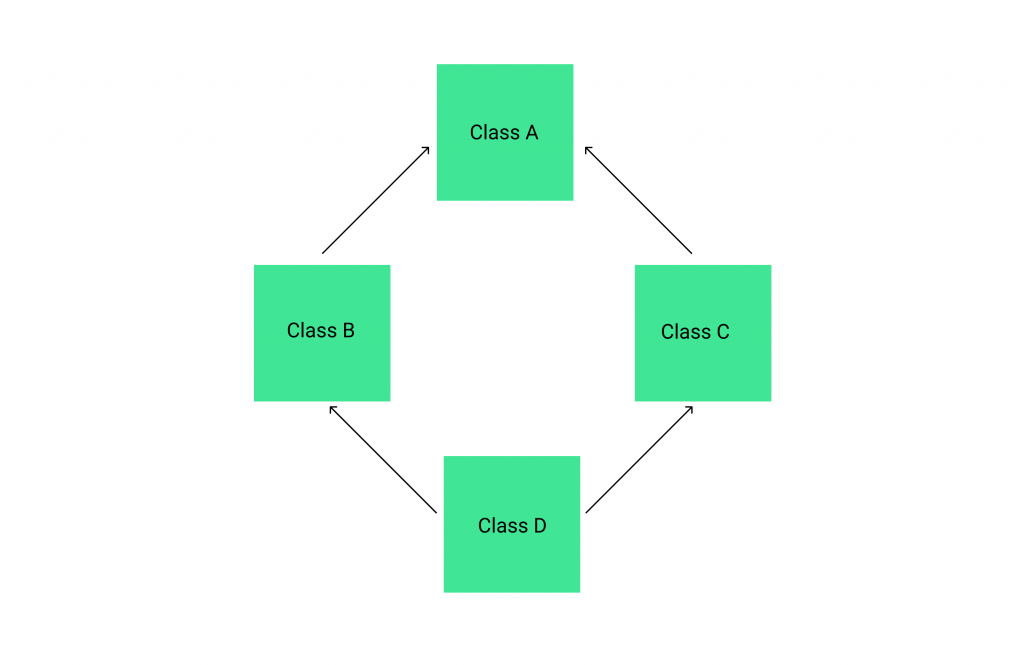 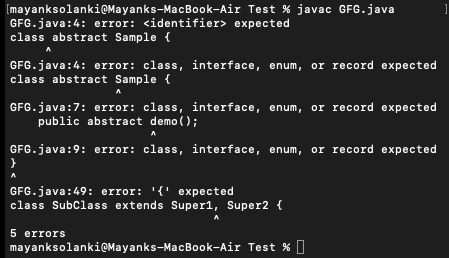 Output Explanation: Then, as per the basic rule of inheritance, a copy of both demo() methods should be created in the subclass object which leaves the subclass with two methods with the same prototype (name and arguments). Then, if you call the demo() method using the object of the subclass compiler faces an ambiguous situation not knowing which method to call. This issue is known as the diamond problem in Java.