This article intends to make you aware of Amazon RDS or Amazon Relational Database System. Amazon RDS is nothing but a relational database management system along with the facilities of the AWS cloud platform. It facilitates us in creating database instances as per our requirements, i.e. resizable, variety of database type, etc.

Traditionally, database management used to be a very scattered service, from the webserver to the application server and then finally to the database. For maintenance of such a vast system a team was required, to shrink this workforce, AWS came across with an amazing all-in-one service, RDS. The whole architecture of RDS includes every aspect of the traditional management system, all at a place. Thus, it includes everything from EC2 (Elastic Compute Cloud) to DNS (Domain Name System). Every part of the RDS architecture has its own separate set of features completely different from each other. A diagrammatical representation of RDS has attached ahead. 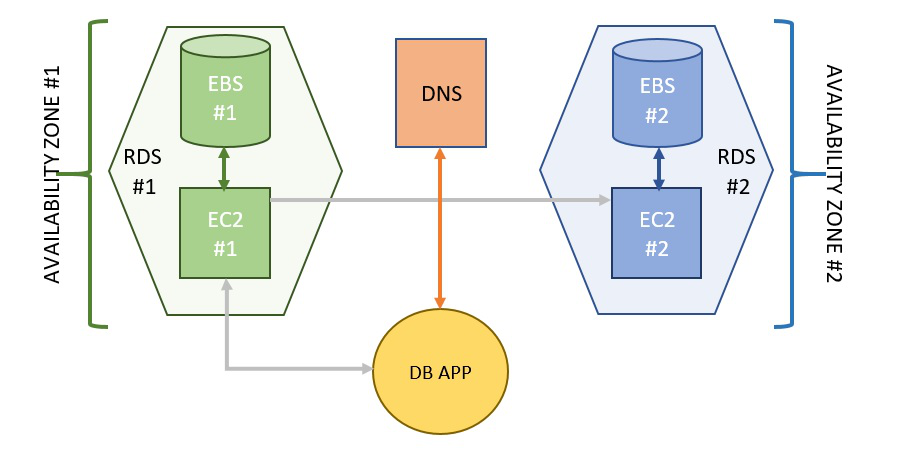 A small brief of some top features is discussed ahead.

Some popular alternatives of RDS:

All these alternatives are found useful for users to meet their requirements at a certain level. AWS introduced, RDS to ensure that the ultimate control resides in the hands of the users. RDS is not of query-driven structure rather it is more like a console in its structure.

To reach, to the RDS management console. First login into your AWS account. Once you are directed on the primary screen, at the leftmost part of it, click on “Services”. From the long list, look for the sub-heading “Databases” and under it, you will find “RDS”. Click on it. Here is the image to refer to.

Once you tap on RDS, in a while, you will be able to see the RDS management console. Refer to the image attached ahead for better understanding. 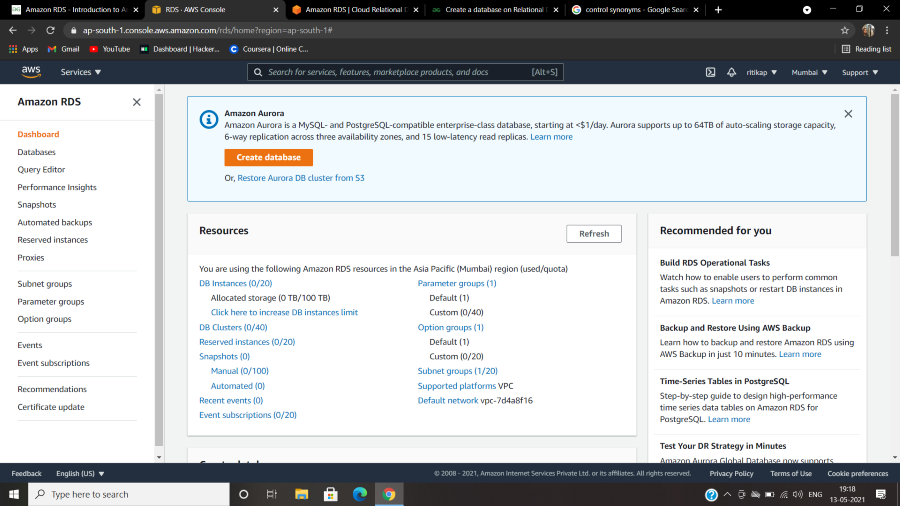 This is how the RDS dashboard looks like. On the left, there is the navigation pane to direct you about all the services under RDS. You can create your database from here, by tapping on the orange box saying, “Create database”. For creating a database in RDS follow the linked article.