Amazon visited our campus(DAIICT) to recruit interns and FTEs. I’m sharing my internship interview experience.
There were 2 rounds in all – 1 Online Round followed by 1 F2F Interview.
Online Round(90 min ):

Out of around 250 students, 53 were shortlisted for Round 2.

->Doing MCQ (Logical Reasoning) was important. Few students who solved both the coding question but didn’t attempt the MCQs were not selected while some who could solve 80% of 1 question(8/10 test cases) and few MCQs were selected. 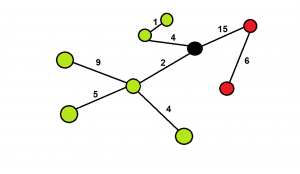 During my preparation geeks for geeks, indeed, was a great help. Almost all the questions asked in the interview were from geeks. A big thank you to other geeks as well for sharing their interview experiences as going through past experiences was the perfect way to end my preparations.