1) Given an array of numbers, Rearrange the numbers to make the even and odd numbers alternate. If any one type is in excess, let it come in the end.

2) Given a binary tree, change the value of the node by the sum of the values of its children.

I completed both the programs, first one passed 7 test cases, second one passed all test cases. I was shortlisted for the interviews

Asked what was my favorite project among the ones i have mentioned in my resume. Then he asked to explain Project, and then he asked few questions regarding it.

He asked 2 questions. One was regarding linked lists. I forgot what those questions were.

stack using 2 queues. I implemented and showed, he was happy.

Given a matrix. Each cell is either marked with a * or nothing. One cannot go into the cells that are marked by a *. Given 2 points a and b in the matrix, Find out if point b is reachable from point a.
I gave a solution solution, but i had missed marking the cells visited. He pointed out that it will be an infinite recursion. So i said i will mark it visited. He then told me to code it. I did. He was satisfied with it.

Robot problem. Dynamic programming. I somehow solved it, he then asked for the code. I wrote it. He tried to understand himself, but he wasn’t able to. So i made him understand, he was happy and satisfied with it.

Questions on OOPs concept. Asked what a singleton class is. I answered, then he asked how can it be implemented in C++. I was weak in the C++ language, so he gave hints. I tried but he was not satisfied with my answer.

Then he asked to a question regarding trees. Given a binary tree, you have to connect all the nodes in each level through extra pointers.
I gave an approach using queue. He then asked how to do with constant space. I tried, but i had forgotten the algorithm. He tried giving hints, but i wasn’t able to solve.

He started off by asking how was the other interviews. Then he asked the typical “Tell me about yourself”.

He asked me little about my favorite project. I selected the same one which i explained in the first interview.

Next he asked, Given just a page of a Dictionary. It can be from anywhere, middle, end or start. The dictionary is for a language that one doesn’t know. You have to find out the order of the alphabets, which one comes before and which one comes after. I started with an approach using generic tree. He asked me why can’t graph be used. I thought a little and agreed, and started using graph. I explained him the inconsistencies that can occur. Later after few minutes of discussion, he told me, suppose he gives me a graph with letters in place of nodes, and says to find out the order of the alphabets. How would i go about doing it. I mentioned topological sort, but i said i don’t remember the algorithm properly. He gave a little hint, that reminded me, and i solved it.

He gave a scenario. Suppose you type “www.amazon.com” and hit Enter. What goes on in the background after that. I gave a detailed explanation with Network layers, routing, CDN, Content Caching. I missed out NAT, so he asked me what it was and how it will be used. 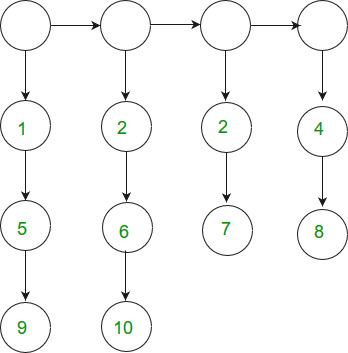 He told me to print 1, 2, 3, 4… I did it using loops, But he wanted to optimize it, and said that i can modify the list if i wished. So i thought a little and got the idea. He asked me to write the code. I wrote, he saw and said there was a bug, but he had missed something, i explained him, so he was satisfied with the code.

Only 7 people were there till the last round. The interviews were over by 10:40pm. They took 3 hours to come to the final list. They said that we all did very well. At 1:30 night they announced 3 names. I was not selected. All in all it was a good experience, but i was a little sad after the results came out.

All Practice Problems for Amazon !