In the previous article, we discussed hypothesis testing which is the backbone of inferential statistics. We previously discussed the basic hypothesis testing including Null and Alternate Hypothesis, z-test, etc. Now, in this discussed more Type I and Type II error, level of significance (alpha), and Power(beta).

The p-value is defined as the probability of obtaining a result or more extreme than what was actually observed in the normal distribution. Generally, we take the level of significance=0.05, it means if the observed p-value is less than the level -of-significance then, we reject the null hypothesis.

To calculate the p-value, we need the table particular test statistics (t-test, z-test, f-test) and whether it is a one-tailed, two-tailed test.

The higher the power makes lower the probability of making a Type II error. Lower power means a higher risk of performing a Type II error and vice-versa. Generally, 0.80 power is considered good enough. Power is also dependent on the following factors: 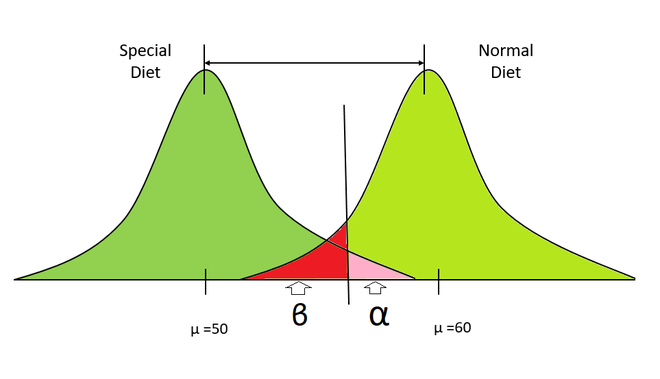