Carbon is a non-metal that is necessary for life. The Latin word ‘carbo’ which means ‘coal,’ is the source of the term. This is because it is the most important component of coal. Carbon is the most prevalent chemical in most organic stuff, from fossil fuels to complex molecules. The Earth’s crust contains just 0.02 % carbon in the form of minerals, and carbon dioxide makes only 0.03% of the atmosphere. Despite the fact that there is only a little quantity of carbon in nature, the relevance of carbon appears to be enormous: carbon compounds are found in fossil fuels, polymers, soaps, detergents, and the majority of the medications we use.

Bonding in Carbon: Carbon has an atomic number of 6, which indicates that the electronic configuration of the carbon atom is 2,4. Because a carbon atom’s outermost shell has four electrons, it shares those electrons and reaches the inert gas state. As a result, the carbon atom creates covalent connections with other atoms.

Allotropy is the occurrence of an element existing in two or more forms with distinct physical qualities but similar chemical properties, and the different forms are known as allotropes.

Allotropy is a phenomenon that occurs in carbon, and it appears in two sorts of allotropic forms:

Diamond is a kind of carbon that has its atoms organised in a diamond cubic crystal structure. Another solid form of carbon known as graphite is the chemically stable form of carbon at normal temperature and pressure, although diamond nearly never transforms to it.

Diamond has the highest hardness and thermal conductivity of any natural substance, characteristics that make it ideal for cutting and polishing equipment in the industry.

Jewel has a three-dimensional organization of carbon molecules combined through solid covalent bonds. Every Carbon iota is in the condition of sp3 hybridization and connected tetrahedrally to four adjoining Carbon molecules. This organization stretches out into three measurements. All Carbon-Carbon (C–C) bonds are equivalent and equivalent to 154 pm, and every C–C–C bond point is 109∘28′. 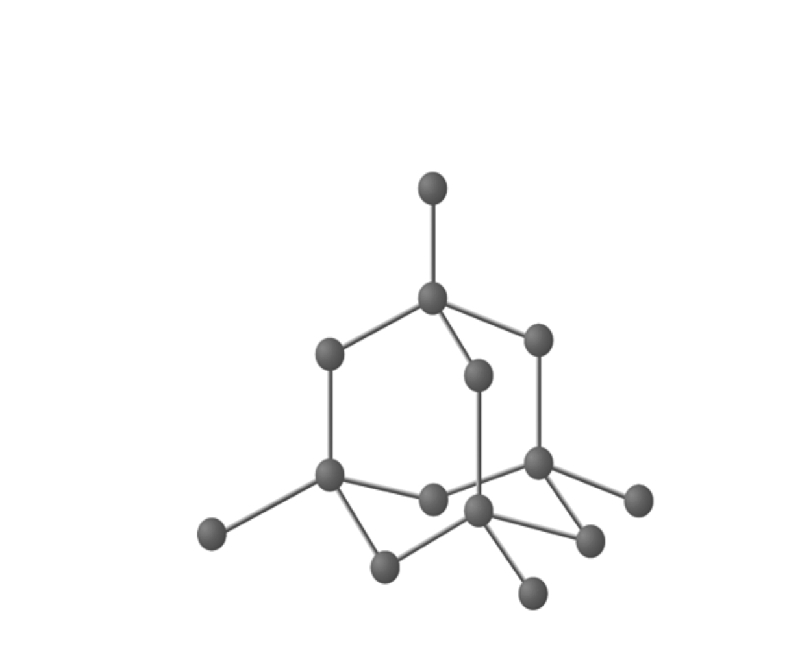 Each Carbon atom in graphite is in a state of sp2 hybridization, which means it is covalently linked to three other carbon atoms in the same plane. Planar hexagonal rings are produced as a result. The length of the Carbon-Carbon bond in this ring is 142pm.

Layers are formed by hexagonal rings. Van der Waal’s force holds the layers together, while 142pm separates them. Because these layers are able to slide over one another, graphite is soft and lubricious.

Buckminsterfullerenes: A Synthetic Allotrope of Carbon

Fullerenes are the main unadulterated type of Carbon since they don’t have astonishing edges or surface securities that draw in different iotas, as on account of graphite or jewel.

Fullerene is an enormous circular particle of arrangement C2n where n≥30. Fullerene is for all intents and purposes delivered by warming graphite in an electric bend in an inactive gas, for example, helium or argon when a dirty material is framed by the buildup of Cn little atoms.

The dingy material so shaped predominantly comprises of C60 with a more modest amount of C70 and hints of different fullerenes. The C60 and C70 Fullerenes can be promptly isolated from the fullerenes residue by extraction with benzene or toluene followed by chromatography over alumina. 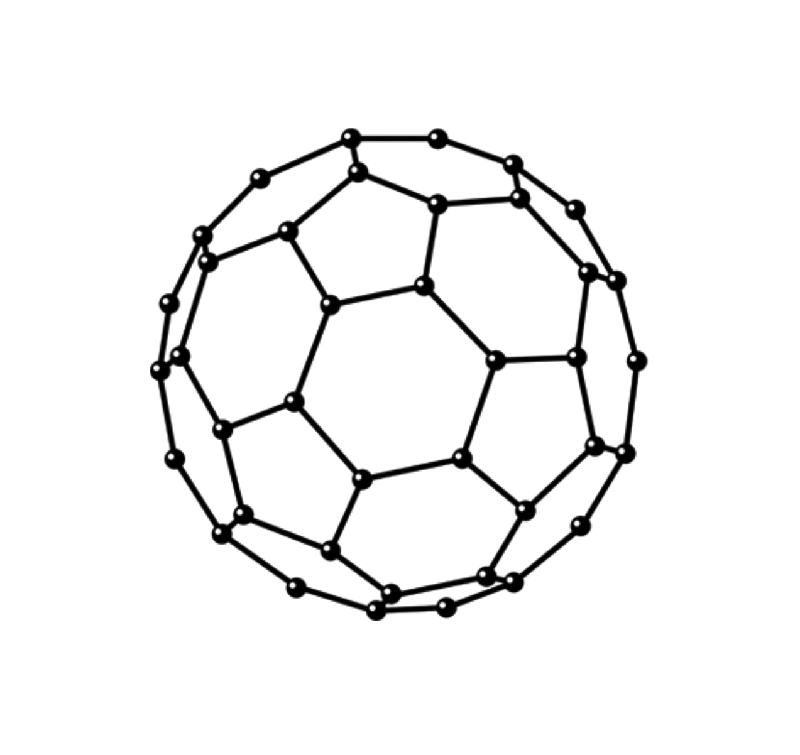 In honour of American architect Robert Buckminster Fuller, the C60 fullerenes are sometimes known as Buckminsterfullerene or simply fullerene. Fullerene is a 60-vertices saucer-ball-shaped molecule having a Carbon atom at each vertex. It has 20 rings with six members and 12 rings with five members.

Question 1: What is the purest form of Carbon?

Because it lacks the glittering edges and surface bonds that attract other atoms seen in graphite and diamond, fullerene is the cleanest form of carbon.

Question 2: How is fullerene obtained?

When graphite is heated in an electric arc in an inert atmosphere such as helium or argon, a sooty substance is produced by the condensation of Cn tiny molecules, resulting in fullerene. Extraction with benzene or toluene followed by chromatography over alumina separates the C60 and C70 fullerenes found in sooty material from the fullerenes soot.

Question 3: What are the uses of Graphite?

2) It’s a lubricant for equipment that operate at high temperatures.

4) It is employed in atomic reactors as a moderator.

5) It’s utilised in steel production as a reducing agent.

6) It’s a component of high-strength composites.

Question 4: How does carbon form a bond with other atoms?

Carbon has an atomic number of 6, which indicates that the electronic configuration of the carbon atom is 2,4. Because a carbon atom’s outermost shell has four electrons, it shares those electrons and reaches the inert gas state. As a result, the carbon atom creates covalent connections with other atoms.

Question 5: What are the uses of Diamond?