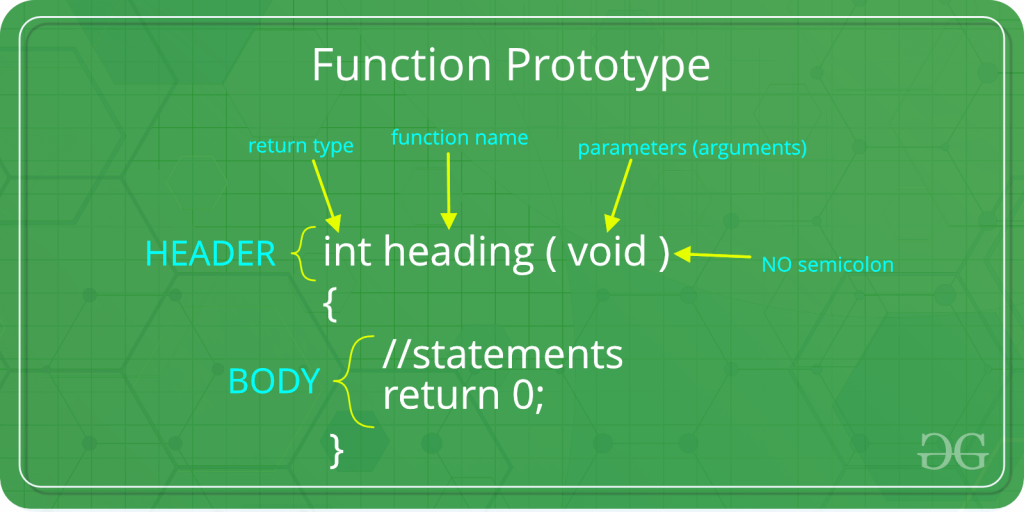 Prototype of a function is also called signature of the function.