Regression is a typical supervised learning task. It is used in those cases where the value to be predicted is continuous. For example, we use regression to predict a target numeric value, such as the car’s price, given a set of features or predictors ( mileage, brand, age ). We train the system with many examples of cars, including both predictors and the corresponding price of the car (labels). 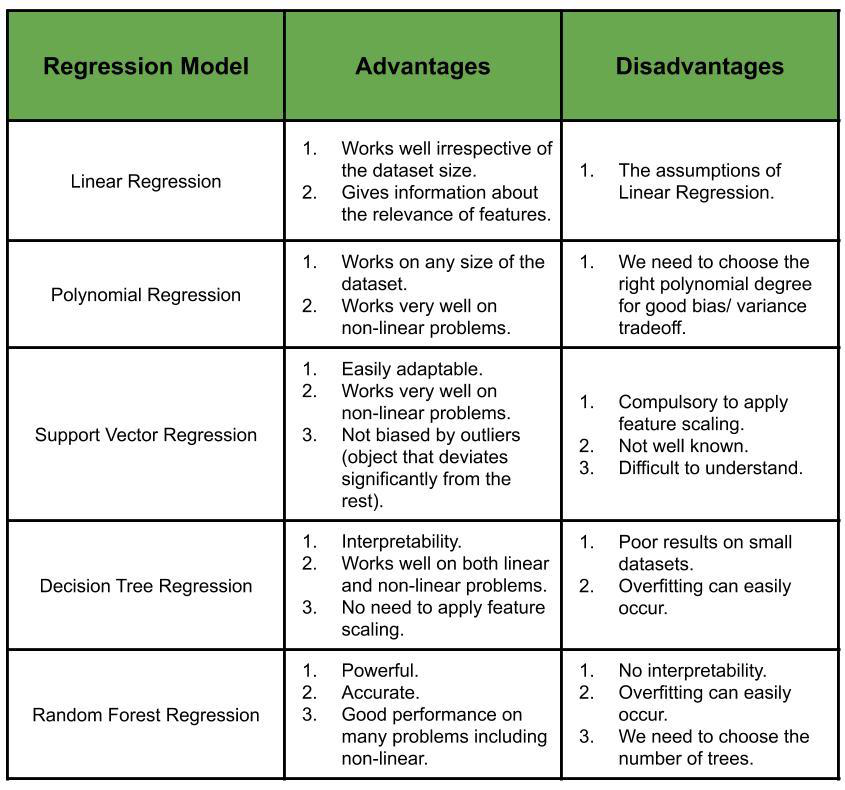 How do we choose the right Regression Model for a given problem ?
Considering the factors such as – the type of relation between the dependent variable and the independent variables (linear or non-linear), the pros and cons of choosing a particular regression model for the problem and the Adjusted R2 intuition, we choose the regression model which is most apt to the problem to be solved.