Getting Started with JavaScript Backend Basics The following article is a continuation to my previous article. In this article, we will dive deep into some of the advanced JavaScript concepts that are being used widely in the industry. 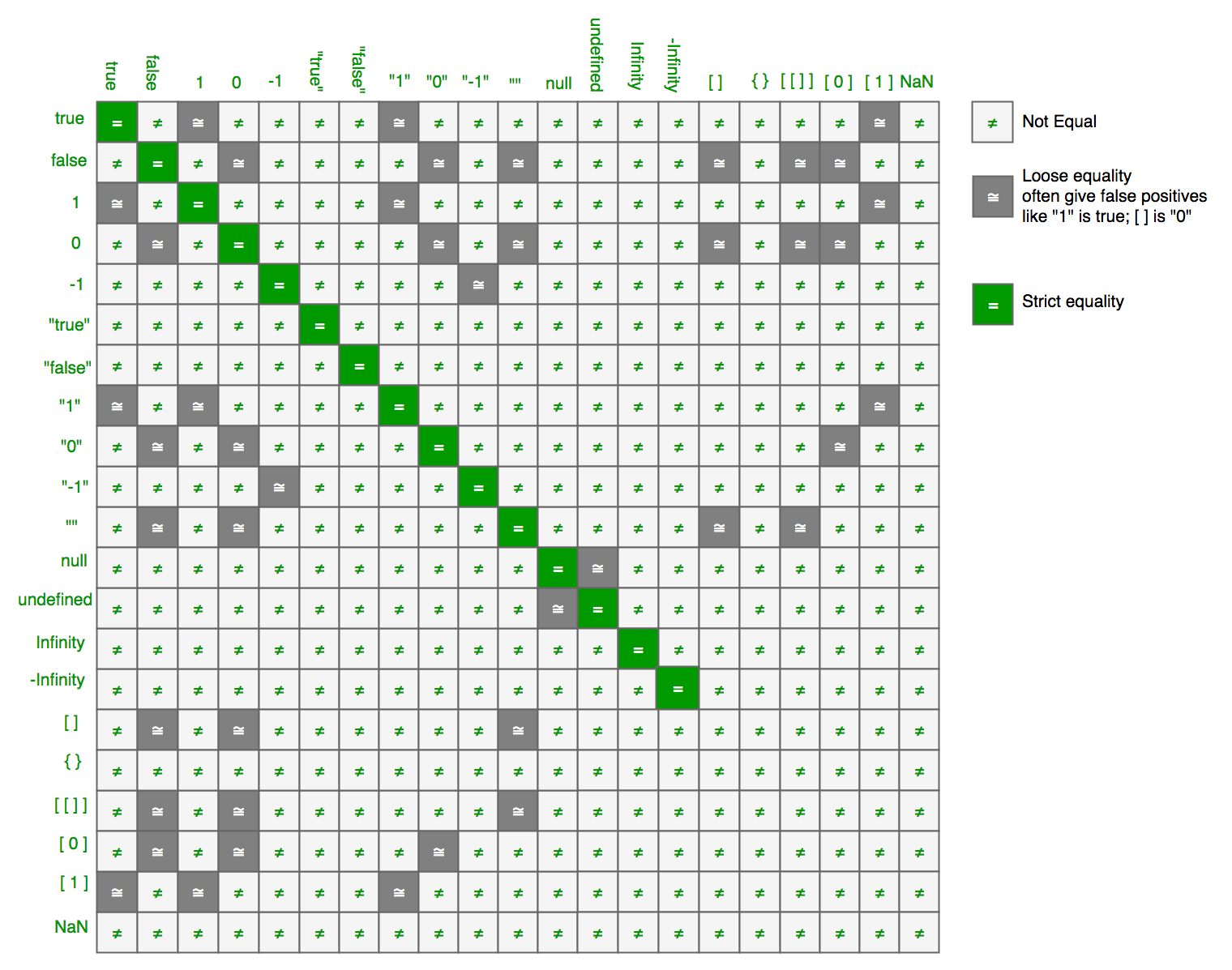 Note: My suggestion would be to always use “===” unless you really know what you are doing.

The following values when converted into boolean are treated as FALSE values:

The following values when converted into boolean are treated as TRUE values:

We know that everything in JavaScript is an object except the primitive types so we require a way to differentiate between objects and the other data types. Here comes the concept of prototypical inheritance.

Now if we print “arr.test” on our console.

The reason is that test is tightly bound first to the array instance and has priority even though we defined a prototype “test1” later.

NULL<—Object<—Array<—Instances of Array The above represents an example of prototype chain followed in case of objects. Like prototype of all instances of array is the object array, the prototype of array object is Object and since in JavaScript everything is an Object and hence its prototype is NULL. Some methods or prototypes has a method ‘writable’ which is set to false i.e. they can’t be overwritten. Example:

The above program gives no error but when we print arr.length, the output is “3” which is the actual property and not what we created. Note:- We know that primitive types have no methods associated with them but most primitive types have object wrappers which we can declare and then we can use those methods and properties. JavaScript will box or wrap the primitive values so that you can have access to the methods which the non primitive types use. The following list defines the different wrappers in JavaScript:

Note: Please make sure you see the difference between these and the primitive types that in the above wrappers, all the first characters of the name of the wrapper is capitalized. Example:-

The above line errors since 50 is a primitive type that is a ‘number’ and has no methods. But in the below example,

The JavaScript engine wraps the primitive type ‘x’ by assuming the Number() object wrapper. So now since it wraps the ‘x’ into Number() prototype which is an object and now we can use the functions that were not accessible to us. 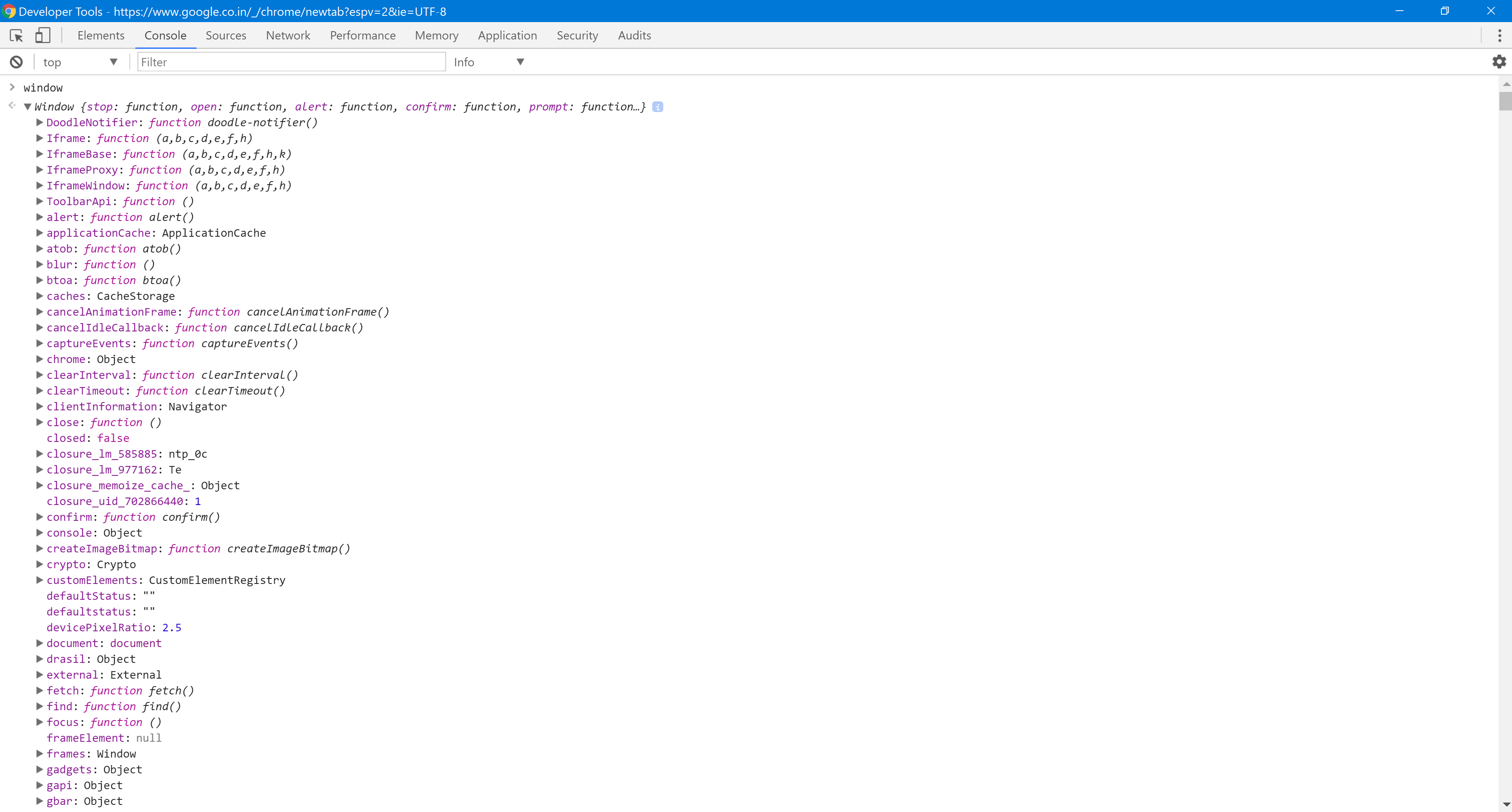 The list shows all the browser global object ‘window’ functions defined which can be used by JavaScript.

The list shows all the nodeJS global object ‘global’ functions defined which can be used by JavaScript.

This article is contributed by Anirudh Acharya. If you like GeeksforGeeks and would like to contribute, you can also write an article using write.geeksforgeeks.org or mail your article to review-team@geeksforgeeks.org. See your article appearing on the GeeksforGeeks main page and help other Geeks. Please write comments if you find anything incorrect, or if you want to share more information about the topic discussed above.