REST(Representational state transfer) API is an architectural style that includes specific constraints for building APIs to ensure that they are consistent, efficient, and scalable. REST API is a collection of syntax and constraints which are used in the development and operation of web services that include sending & receiving information through their endpoint i.e a URL providing an interface to the external environment.

REST was first presented by Roy Fielding in 2000. The abstraction of information in REST is termed as a resource. REST uses a resource identifier to identify the particular resource in an interaction between components. It allows an application to access resources or functionality available on another server that is remote to that application’s architectural and security domain.

REST uses resource methods to perform the desired transition. An API can only be considered RESTful when it meets the following conditions: 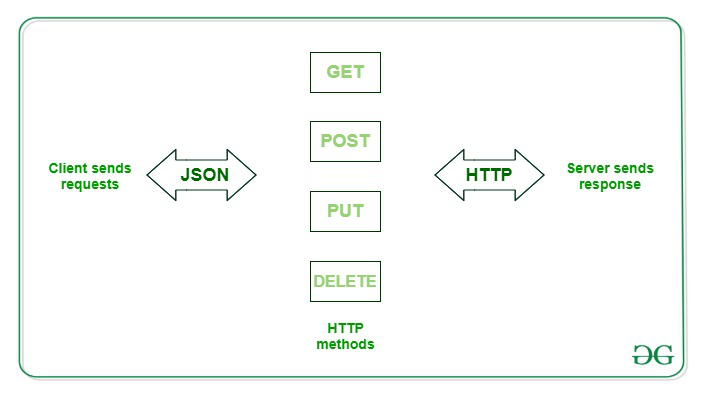 The 4 most important HTTP protocol methods;

REST API can be used with any language as the requests are based on the universal HTTP protocol. In R,  we use the httr package and jsonlite package to make a GET request, parse the results, and finally page through all the data. This requires converting the raw data from the GET request to JSON format and then into a parsed data frame.

The API if of movie Guardians of Galaxy Vol. 2 was released in the year 2017 on 05th May of runtime 136 minutes directed by James Gun. It was Action, Comedy, Adventure, and Sci-fi movie. The API is of OMDb which is an open web service that hosts movie information.

Accessing the movie API using the httr package and jsonlite package in R.

Status code 200 shows that data of API is successfully requested, responded, and received. 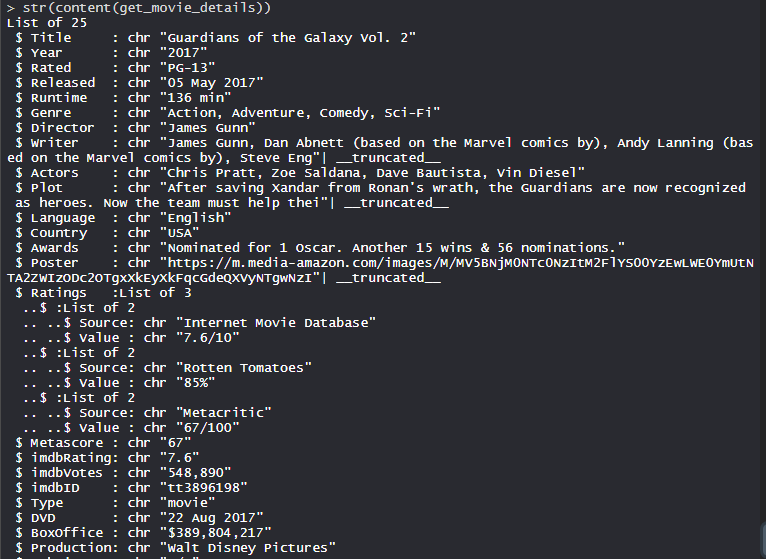 The requested API data is displayed using the content() function.

The data in API is converted into text format. 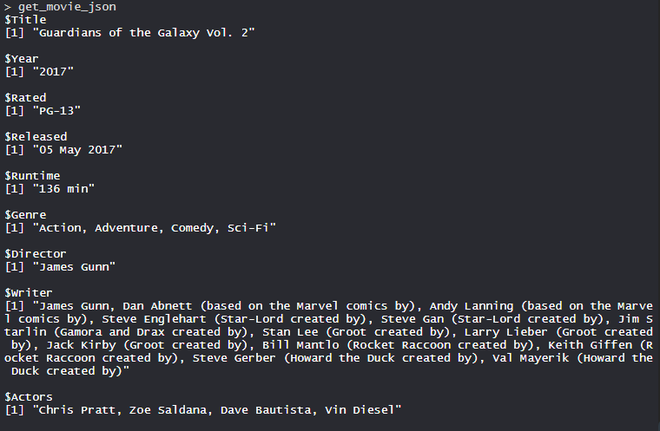 The data in API is parsed into JSON format.

REST API is used in many technical industries and subdomains like Web service, Artificial Intelligence with its full use.