I had applied for Accenture Off-Campus in the month of April 2021. I got an email that my rounds are going to be held from 2nd April to 7th April.

First Round: The first round was a Cognitive assessment round. It contained 90 questions that were to be solved in  90 minutes. The section comprised of 4 sets. First was English, then Aptitude questions, logical reasoning, and then questions based on networking and pseudo-codes. The questions were pretty simple. This round was an elimination round.

Communication Assessment: This round is a non-elimination round. It was of 20 minutes duration. It had questions like arranging the jumbled sentences, speaking on a topic for more than 60 seconds. It basically checks your communication and speaking skills.

Interview: The interview was conducted on 7th April. It was an online interview. I had to select the time slot for the day. There were two panelists. The interview started with the introduction of the panelists, and then they told me to introduce myself. Asked about my Projects. Then asked if I have done any project in a team and what all difficulties I had faced while working in a team and how I had overcome it. Asked about my favorite subject and why. I told them Data Structures and Algorithms 🙂

My Interview went very well and the interviewer was satisfied with my answers.

Verdict: Didn’t receive any mail or response after the interview. I don’t why this happened to me even after giving such a good interview. 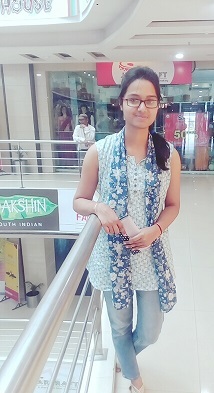