7 Mistakes You Should Avoid While Building a Django Application 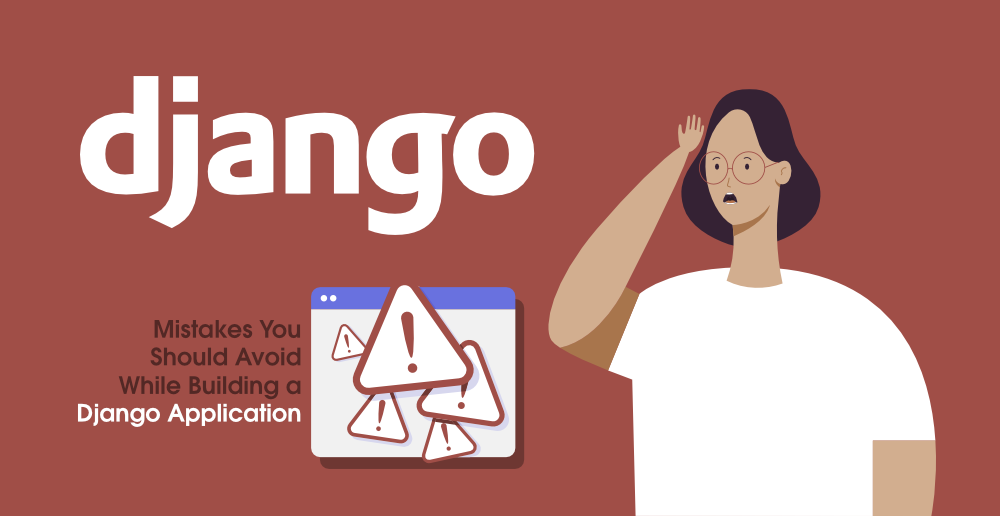 A lot of common features of Django such as a built-in admin panel, ORM (object-relational mapping tool), Routing, and templating have made the task easier for developers. They do not require spending so much time implementing these things from scratch.

One of the most killer features of Django is the built-in Admin panel. With this feature, you can configure a lot of things such as an access control list, row-level permissions, actions, filters, orders, widgets, forms, extra URL helpers, etc.

Django ORM works with all major databases out of the box. It supports all the major SQL queries which you can use in your application. Templating engine of Django is also very, very flexible and powerful at the same time. Even though a lot of features are available in Django, developers still make a lot of mistakes while building an application. In this blog, we will discuss some common mistakes which you should avoid while building a Django application.

Using the global environment for project dependencies can generate dependency conflicts. In Python, you can not use multiple package versions at the same time. It will create a problem if different projects require different incompatible versions of the same package. There are many options to isolate your environment. The most common ways are given below…

This tool automatically generates a ‘requirement.txt’ file that pins all your dependencies and your entire dependency tree. Also, keep the backup of your dependencies file. Keep a copy in your file system, a Git managed folder, S3 folder, FTP, and SFTP.

3. Not understanding the benefits of both Function-based views and Class-based Views

Class-based views provide an abstract class implementing common web development tasks. You can get the advantage of using the structured API along with the advantages of object-oriented programming. Your code becomes more clear and readable. You can extend your CBVs for your view, and you can override the class properties or functions.

In your project, you can use different mixins, and you can override the basic CBV behaviors for building the view contexts, checking authorization on the row level, auto-building template paths from your project structure.

Function-based views are often a great option as well. Luke plant’s article does a good job of explaining why you might want to use FBVs: https://spookylukey.github.io/django-views-the-right-way/

4. Writing the Application Logic in Views Instead of Model

Writing the logic in views makes your application view “fat” and your model “skinny”. Avoid this mistake and always write the logic in your models instead of views. You can break the logic into small methods, and you can write that into the models. You can use it multiple times from multiple sources within just a few lines of code.

A lot of times it happens that while working on a real-world project, your settings file grows to more than 600-700 lines of code. This huge and messy file becomes difficult to maintain especially when your dev, production, and staging environment requires custom configuration. You can divide the configuration file manually, and you can create custom loaders.

Your Django application is built on different Python modules such as models, admins, views, URLs, models, forms, template tags, etc. You can divide your application into reusable application logic.

Django Static files mainly contains JavaScript, CSS, images, fonts, etc. They get collected into a public directory during the deployment process.  python manage.py runserver searches static files using the STATICFILES_FINDERS setting. If a failure occurs Django tries to find the file using django.contrib.static files.finders.AppDirectoriesFinder. This looks into the static folder of every installed application in the project. You can write reusable applications shipped with their own static files.

In Django using the static management command python manage.py collectstatic, you can go through the STATICFILES_FINDERS and you can copy the files from static folders as well as from STATICFILES_DIRS to the directory you specify in the STATIC_ROOT setting.

We have mentioned seven mistakes in this article, but there are many things in Django, you need to take care of. While building a project in Django, follow the best practices to write code in your project. Everything matters, from defining a URL to creating a view or defining a model to the complete folder structure. It will be tough in the beginning but as you will progress you will see improvement in yourself. It’s okay to do these mistakes as a beginner but if you keep looking at the good Django project you will surely master in it.