7 Future Technologies That Can Change The World

Did you imagine 20 years ago that there would be robots that could talk to you, or cars that could drive themselves, or household devices that you could control with your phones? These are all relatively new inventions of technologies like Machine Learning, Data Science, IoT, etc. that nobody even thought possible 20 years ago. But if these technologies exist now, imagine what could exist another 20 years in the future? There can be future technologies that can change the world (Even more than it has already changed!!!) 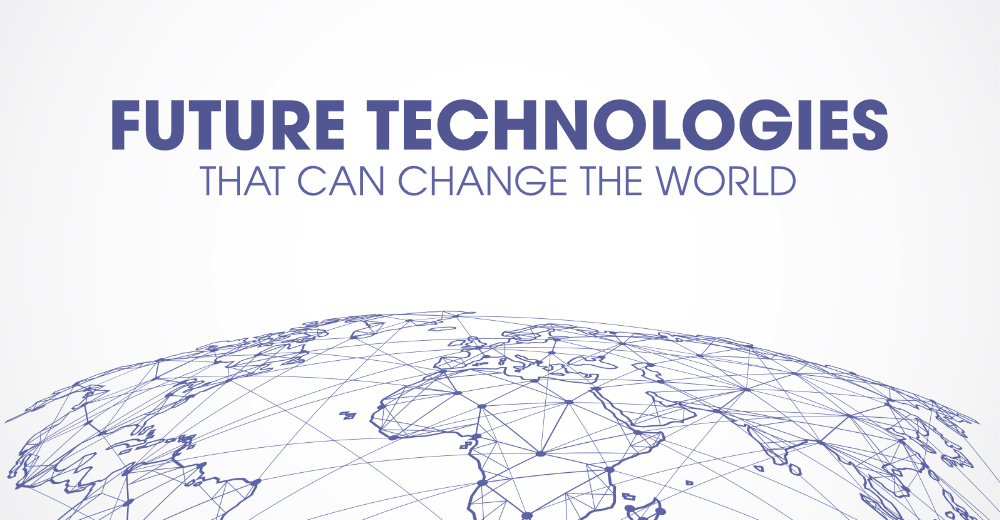 That’s why this article discusses the technologies that are under experimentation these days and may become very important in the future. After all, smartphones were once just emerging technologies and not accessible to many people! So go on and read about Smart dust or DNA computing or 4D printing or space mining which are all the things that sound like a science fiction movie but they may be the realities of the future.

Dust is everywhere but what if it was smart?!! Smart dust is a concept that involves small wireless devices that are as tiny as a grain of dust but equipped with sensors cameras and a method of transferring information to a central hub for processing. And believe it or not, this concept is a reality now! Smart dust, also known as microelectromechanical systems (MEMS) uses sensors and an autonomous power supply to collect data about acceleration, humidity, stress, pressure, sound, etc. This data can then be stored on a cloud platform. This smart dust has many possible applications like monitoring crops, managing corrosion in metal objects like pipes, surveilling people for security purposes, etc. However, there are also legitimate security concerns for this dust as it may violate privacy. After all, dust can be anywhere!

Imagine if your brain could be directly connected to the computer system. You could operate your computer with a thought (and maybe your computer could operate you!) Jokes aside, there can be many implementations of a Brain-Computer Interface in medical sciences, entertainment, education, security, etc. Basically, you would only need a thought to command machines. However, this technology is really in only its basic stages and in no way applicable to be used by humans on a large scale. In fact, there are questions as to whether it would even be suitable for a large scale as the possibilities for using it negatively are also quite large.

Everyone knows what 3D printing is as it has gained a lot of popularity in recent times. But what is 4D printing? While 3D printing prints objects in 3 dimensional, has 4D printing found a new dimension? Well, it not that sci-fi yet! 4D printing just adds a new dimension of time in 3D printed objects. This means that objects can change according to time with the effects of different external factors like atmospheric humidity, temperature, etc. Some possible implementations of this can be in the healthcare industry where medicine capsules only react when they come into contact with certain conditions in the body or even in the fashion industry where clothes can be created so that a design fits individual bodies in different ways. This almost sounds like the clothes created by Edna in The Incredibles but we are a long way from reaching it yet!

Do you know how we use those little silicon chips for computing? Well, DNA computing might be the future using our DNA! This is still a very new technology that scientists at Columbia University and the University of New Mexico are just experimenting with. They use the strands of DNA for creating a DNA logic gate that represents a specific input each. The machine, called MAYA II is correctly used to play tic tac toe.  However, scientists believe it may be capable of identifying the genetic markers in different diseases in the coming time. There are also other DNA calculators that can currently only perform basic calculations but they may become more complex in the future. Who knows, DNA computing might even become a big deal in the coming years. After all, our body is the most complex machine and it runs on DNA computing!

Autonomous vehicles or self-driving cars as they are popularly known are becoming quite famous these days. While these cars are not in mass production, there are many tests conducted by leading companies such as Tesla, BMW, Waymo by Google, etc. And while some of these tests are successful and some fail, there is a distinct possibility that self-driving cars are the cars of the future. But what about flying self-driving cars?!!! They sound like something that we may see in a movie and not in real life. But we may actually be flying in a car in 2100 ( and there are fewer accidents in the air!) In fact, Uber is already investing in more than fifteen different taxis under future development. While there are no roads in the air, flying autonomous vehicles will have the capacity to adjust their course and ensure that there are no obstructions in 3 dimensions around them.

You might have seen Avatar where the humans go to an alien planet to mine a rare ore and end up having an epic fight with the aliens! Well, we are not sure about the aliens but mining for rare minerals in asteroids and other space junk is actually possible now. It is quite profitable to mine for materials like iron, nickel, etc. on asteroids as they are becoming increasingly rare on Earth but are in high demand. In fact, scientists have estimated that the cost of all the minerals in the asteroids between Mars and Jupiter is equal to 100 billion dollars for every human on Earth. But it is not that easy to obtain these minerals. After all, space exploration on asteroids is quite complicated keeping in mind that they are pieces of rock revolving around the sun at speeds of 18,000 km/h. But space mining may become viable in the future and who knows, we might even find aliens there!

There are some people in the world who have rare and unique genetic diseases that cannot be cured by any normal medicine and worst yet, the problem is so rare that there is no medicine. So what’s the solution for them? They need super personalized medicine that can act on their specific condition by replacing or editing the faulty gene. It is even possible to erase and remake the problematic genes that are only specific to the individual. This was used in the case of Mila Makovec, a child that had a unique genetic mutation and was helped by a personalized drug created for her called milasen. In fact, creating personalized medicine has become easier with the advent of new technologies which have reduced the price of sequencing a genome from 1 billion dollars in 2000 to only 1000 dollars in 2020. That is a lot of reduction in price and makes it much easier to provide personalized and totally unique medicines to individuals with rare genetic diseases.

All these technologies sound fantastic and not real at all. After all, it is only possible to connect your brain with a computer in a movie and not in real life! But all these technologies are under experimentation in the leading research centers of the world and they may become viable for mass production in the future. There is no doubt that some of these technologies will never see the light of day as they will not be feasible in the long term, but some of them might be worth looking into. And who knows, you may be flying to your work in a smart car in the year 2100 !!!

My Personal Notes arrow_drop_up
Previous
Cognizant Interview Experience 2020
Next
How to create a Time Input using jQuery Mobile ?
Recommended Articles
Page :
Is It Possible For Robots To Rule Over The Future World?
23, Oct 19
How Blockchain Can Change the Future of Banking?
03, Feb 21
Top 9 Technologies Transforming the Future of Web Development- Comprehensive Guide
20, Jun 21
How can Artificial Intelligence Impact Cyber Security in the Future?
06, Oct 20
How Tech Professionals Can Future-Proof Their Career?
04, Oct 21
How Machine Learning Will Change the World?
12, Feb 20
How 5G is Going to Change the World?
10, Aug 21
Is the future with snake(Python) or Coffee(Java) ?
17, Feb 16
Edge Computing – A Building Block for Smart Applications of the Future
24, Aug 20
What is the future of those students who are getting selected in mass recruiting companies
12, Sep 18
Future of home automation
27, Oct 18
5G: The Future Of Wireless Networks?
28, Jan 19
Combining IoT and Machine Learning makes our future smarter
23, May 19
The Future of Cognitive Computing
16, Aug 19
5 Dangers of Artificial Intelligence in the Future
30, Dec 19
DARQ – Technology Powerhouse of Future
18, Feb 20
Rust vs C++: Will Rust Replace C++ in Future ?
22, May 20
What is Edge Computing and Its Importance in the Future?
21, May 20
5 Reasons Why Online Learning is the Future
29, May 20
The Future Of Web Development
27, May 20
The Evolution of DevOps - 3 Major Trends for Future
06, Dec 20
Future of Cybersecurity
22, Nov 20
Future of Enterprise Resource Planning(ERP)
26, Jan 21
The State of Software Engineering - Past, Present and Future!
01, Feb 21
Article Contributed By :