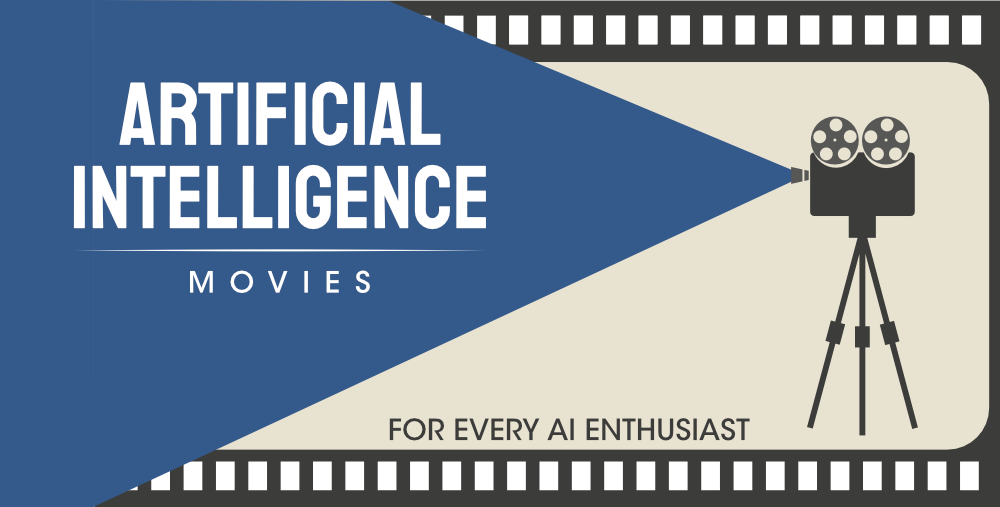 In the year 1951, the first movie using Artificial Intelligence was released. It was directed by Robert Wise. It was based on the book by Harry Bates, “Farewell to the Master.” The name of the AI used in this film was Gort. Moreover, it was loved by the audience, and from then, Artificial Intelligence began featuring in cinema more and more. If you are an AI Enthusiast who would love to watch movies that feature AI in interesting scenarios, here are some movies that would take your mind and heart by tornadoes.

The Matrix is one of the best science fiction action films starring Keanu Reeves and Laurence Fishburne. It has won a bunch of awards, including Academy Awards, Saturn Awards, and BAFTA. After its release on March 31, 1999, the movie grossed over 460 million dollars worldwide. On top of it, in the year 2012, the Matrix was added to the National Film Registry for preservation.

The movie has used different AI named sentinels and agents. The story revolves around how in the future Artificial Intelligence and superhumans have taken over humans. They have created this world that runs using human energy. The visual effects in the movie were applauded and won many awards. The effect known as the “bullet time” effect was created for the film. It is a combination of physical cameras and CGI. The matrix is produced and directed by the Wachowskis.

This movie revolves around a female humanoid robot called Ava. Unlike other science fiction and Artificial intelligence movies, it does not revolve around robots wanting world dominance or vice-a-versa. Instead, the plot of the movie revolves around the manipulation game between the programmer and the robot. Science fiction psychological thriller, Ex Machina, written and directed by Alex Garland. The movie was made on a budget of 15 million dollars and grossed 26 million dollars worldwide. The movie received positive reviews for its screenplay, editing, and visual effects.

All the effects in the film were added post-production, as the film was shot as live-action. Ava, the female humanoid robot, is part machine and part human. The human parts of her, like hands, feet, and face were rotoscoped, and the rest of it was digitally painted. Moreover, because of this, the background had to be shot twice, once with Vikander and once without her. In addition to this, the movie had about 800 VFX shots, and 350 out of them were ”robot” shots.

The movie revolves around a child-like robot called David. He is adopted by a Cybertronics employee and his wife as a test case. He was able to feel love. Other artificial intelligence featured in the movie are, Gigolo, Joe, and Teddy. Directed by Steven Spielberg, A.I. Artificial Intelligence was released in all the international theaters on June 29, 2001. The movie is based on the book “Supertoys Lasts All Summer Long” by Brian Aldiss. The movie grossed approximately 235 million dollars by the budget of 100 million dollars. It received nominations for Best Original Score and Best Visual Effects and received positive reviews.

American science fiction and romantic drama mark the screenwriting debut of Spike Jonze who has also written, directed, and produced the film. The budget of the movie was 23 million dollars and it grossed around 48.3 million dollars. The film was premiered on October 12, 2013, at the New York Film Festival. The movie tells the story of a man who falls in love with an artificially intelligent virtual assistant. The role of the male protagonist is played by Joaquin Phoenix and the role of the AI, Samantha, is played by Scarlett Johansson. The film received worldwide critical acclaim and was nominated for various awards. Jonze’s screenplay won him the Best Original screenplay at the 86th Academy Awards.

Moreover, most of the editing was done post-production. Many of the scenes had fictional video games, developed by the animation artist David Orielly. Many scenes were re-shooted and edited post-production.

Oblivion is directed by Joseph Kosinski and produced by Peter Chernin. Set in the year 2077, the film is an American post-apocalyptic action-adventure film. The movie stars Tom Cruise, Morgan Freeman, Olga Kurylenko, and Andrea Riseborough among others. The film begins in the year 2077 as the Earth is devastated by the war with extraterrestrials. Moreover, this war has caused the humans to relocate to Titan, Saturn’s largest moon. The movie continues as one of the technicians, Jack Harper (played by Tom Cruise) is sent back on Earth to retrieve the drones and has to fight the remaining Scavengers aka extraterrestrials. The movie is shot in various parts of America and Europe. Few scenes are shot in Iceland as the daylight lasts for 24 hours during June. The magic hour, from 6 PM to 1 AM, is captured to bring the sci-fi out into the daylight.

Hugh Jackman and Dakota Goyo starrer American science fiction sports drama, Real Steel was released on October 7, 2011, in the US. it is adapted from the short story “Steel” written by Richard Matheson. It is directed by Shawn levy and revolves around rodeo brawling. Most of the filming is done in the US state of Michigan. Motion Capture technology was used to depict the rodeo brawling of computer-generated robots and animatronics as animatronic robots were built for the film. The film was made on a budget of 110 million dollars and grossed around 299.3 million dollars.

The film is produced by Walt Disney Animation Studios and directed by Don Hall and Chris Williams. This American computer-animated superhero movie was released on November 7, 2014. The film tells the story of a young robotics prodigy, Hiro Hamada, and his late brother’s healthcare provider robot, Baymax. Both of them form a team of superheroes who later fight the villain who was responsible for Hiro’s brother Tadashi’s demise. The movie grossed 657.9 million dollars against the 165 million dollar budget. The new software was created by Walt Disney for the animation works of the film.

Hence listed above are the seven most critically acclaimed Artificial Intelligence movies. If you are an AI enthusiast, prepare yourself to binge-watch them this weekend. These movies show every face of AI. From declaring world dominance by eradicating humans to helping ones to the one who can feel all human emotions.